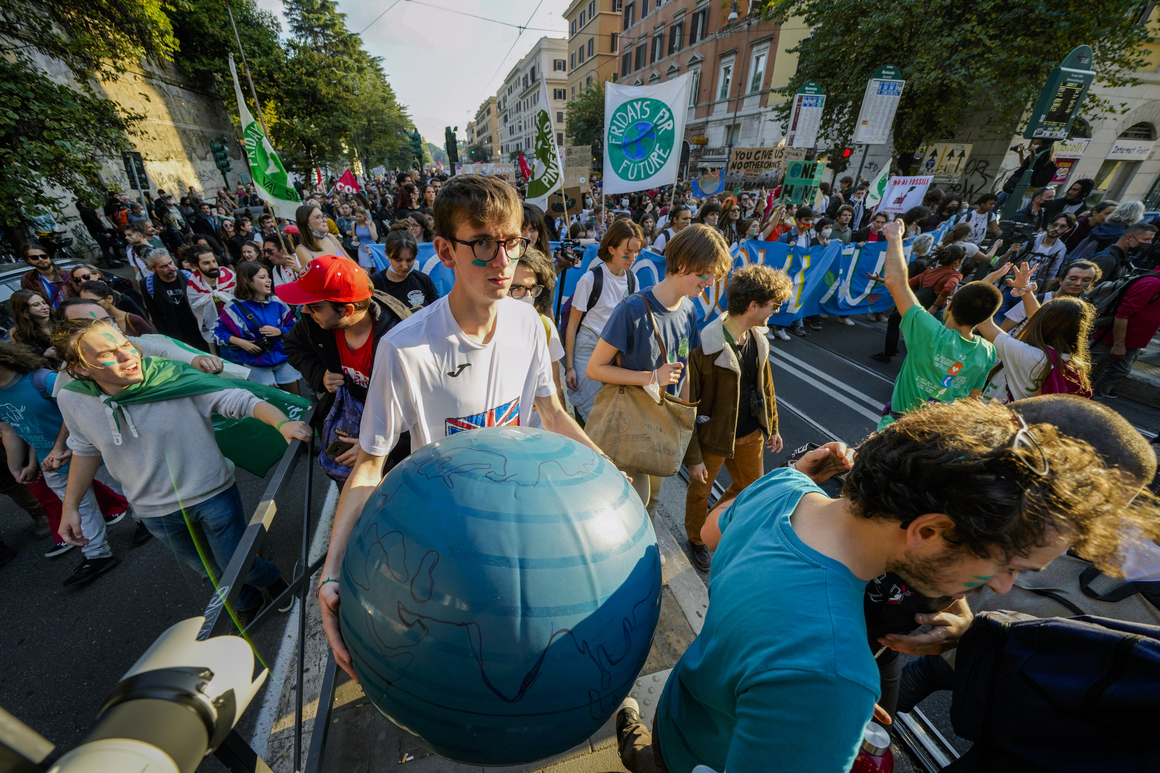 Press play to listen to this article

ROME – G20 leaders pledged stronger action than ever before to curb global warming at a summit in Rome on Sunday, but failed to reach an agreement on phasing out coal.

The signal from the leaders of the world’s top economies was closely followed from the UN COP26 climate summit, which began in Glasgow, Scotland, at the same time as the agreement was reached.

“The decisions we are making today will have a direct impact on the success of the Glasgow Summit and ultimately on our ability to tackle the climate crisis,” Italian G20 host Prime Minister Mario Draghi told leaders.

In a speech from Glasgow, Alok Sharma, the British minister who is president of COP26, said he was “cautiously hopeful about what I hear from Rome … I know discussions have not been easy.” But he added: “Countries are clear-sighted about the urgency of science.”

The G20 text obtained by POLITICO commits leaders to “take further action this decade and to formulate, implement, update and, if necessary, improve our 2030” contribution. They agreed that this was the minimum required to keep the lower 1.5 degrees Celsius temperature target of the Paris Agreement “within reach”.

It was not enough for UN Secretary-General António Guterres, who seemed discouraged as he headed for Glasgow. “I leave Rome with my hopes unfulfilled – but at least they are not buried,” he said.

The result of the G20 leaves room for a major battle over which countries should raise their climate targets during this decade and by how much. Europe and the United States have put pressure on China and India during the build-up to COP26. But Beijing and New Delhi have responded by saying that it is up to the rich countries to do more.

During a discussion among G20 leaders, some clearly felt the weight of history on them. “The fall of the Roman Empire teaches us that when things start to go downhill, they do so very quickly,” said British Prime Minister Boris Johnson.

In the deal, leaders said they recognized the “key relevance” of reaching net-zero global emissions “by or around the middle of the century.” It accelerates an agreement reached by all countries in Paris in 2015 to achieve this goal in the second half of the 21st century.

According to the G20 official, German Chancellor Angela Merkel, who attended her last meeting of the group of 20 leading economies, said the meeting was “crucial, it takes place on the eve of COP26. We are sending a very clear message: We is even more ambitious than the Paris Agreement. “

The G20 is a diverse group of countries that accounts for about 80 percent of global emissions and has vastly different interests when it comes to climate policy.

Although there were positive signals from a group that has typically struggled to find common ground on this issue, they did not commit to key targets for coal and methane reductions that would be necessary if the 1.5-degree target is to be achieved.

According to a G20 official, the deal was terminated Sunday morning after overnight talks among diplomats.

Major exporters and consumers of coal – such as China, Australia, India and Russia – resisted a push from European and British diplomats to get the group to agree that they would stop using the most polluting fossil fuel.

Leaders acknowledged for the first time that methane emissions are a significant climate problem and tackling them is a cost-effective solution, but rejected a proposal to reduce them during this decade.

Developing countries have been appalled by a recent report that developed countries – many of which are members of the G20 – have overlooked an agreed deadline to deliver $ 100 billion a year in support of climate action to poorer nations by 2020. The G20 is committed to this goal “as soon as possible” and said it was expected “by 2023.”

In another key signal to developing countries ahead of COP26, the group recognized the need for more balance between funding to reduce emissions and funding efforts to address the impact of climate change. Right now, the bulk of the funds go to the former.

But Greenpeace International chief Jennifer Morgan said the leaders “simply had not managed to meet the moment.”

“Now they are moving to Glasgow, where there is still a chance to seize a historic opportunity, but people like Australia and Saudi Arabia need to be marginalized, while rich countries finally need to understand that the key to unlocking COP26 is trust,” she said. .

At the end of the summit, Johnson told reporters: “We have had a sensible G20”, but “that is not enough.”

“If we do not act now, the Paris Agreement in the future will not be seen as the moment humanity opened its eyes to the problem, but as the moment we gave way and turned away,” he said.

This article has been updated with comments from UN Secretary-General António Guterres and the Prime Minister of the United Kingdom Boris Johnson.