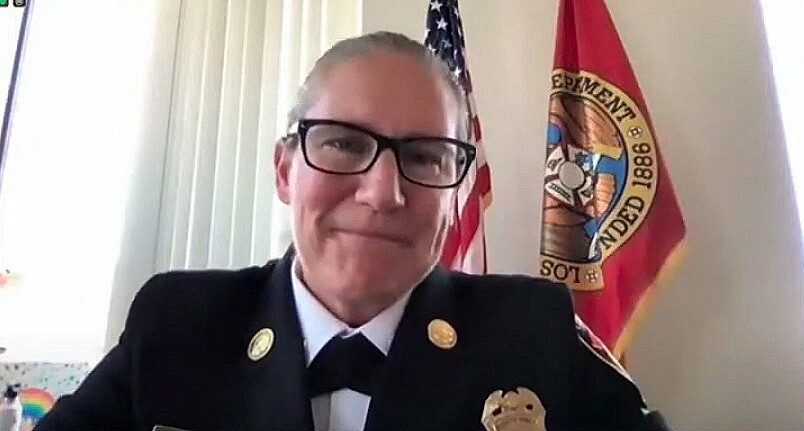 If confirmed by the city council, Crowley would be the first woman to lead the city’s fire department.

Garcetti said in a statement that there is “no one better equipped to lead the LAFD at present than Kristin.”

“Throughout her distinguished career, Kristin Crowley has proven her brilliance, determination and bravery on the job time and time again,” Garcetti said. “She has also shown this city her heart with her tireless commitment to helping students access life-changing educational opportunities.”

Garcetti’s support for Crowley is widely seen as an attempt to counter female firefighters’ complaints of harassment at the agency.

A survey of LAFD’s workplace culture published in November showed that 56% of sworn female employees cited bullying and harassment as sources of conflict.

The Times reported in July that advocates for women are appalled at what they see as the mayor’s slow progress in revising a LAFD culture, where women and minority firefighters have said they often felt bullied and abused.

LAFD chief Ralph Terrazas, who has headed the agency since 2014, had previously announced he planned to travel this year.

Firefighters and advocates for women called on Terrazas to resign in October, saying he had failed to respond to allegations of obscurity, bullying and sexual harassment.