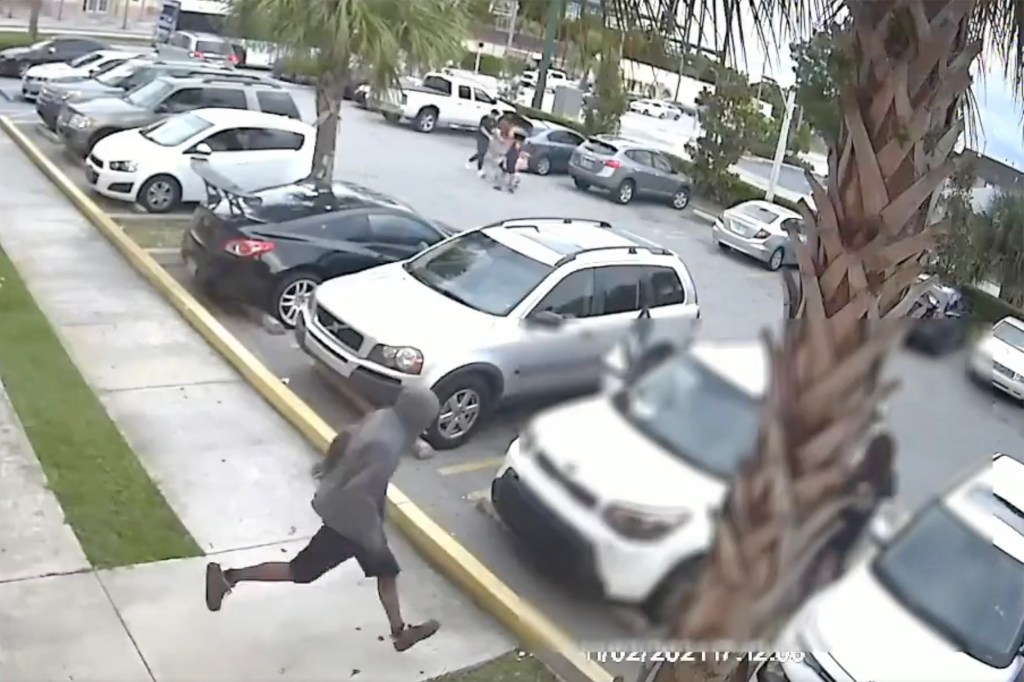 He messed with the wrong child.

A 9-year-old Florida girl is hailed as a hero by local officers after fighting a robber earlier this month by putting him in the face after he tried to rob her mother’s purse.

West Palm Beach police officials on Thursday honored Journee Nelson for her bravery in the November 2 attack outside a local supermarket, giving the brave child a medal, a certificate and a Target gift card, The Miami Herald reported.

Surveillance video shows Danielle Mobley and her daughter walking to their car in the parking lot. A man – identified as 29-year-old Demetrius Jackson – then suddenly runs towards Mobley as she puts her groceries away, grabbing her to the ground.

While there is a fight over Mobley’s purse, Journee runs around the car to help her mother and strikes a series of blows to the bully’s face.

“I was fighting back. I had to save my mother,” Journee told the WSVN in Miami.

After being pushed to the floor in the fight, Journee got up – and chased the suspect about five blocks.

Police arrested Jackson two days after the attack and charged him with robbery and violence.

West Palm Beach chief Frank Adderley praised the pint-sized crime fighter for her bravery, but the local police chief warned citizens not to take matters into their own hands.

“I would not recommend that you confront someone that way, but in the heat of the moment, things are happening,” Adderley said, honoring Journee. “I bet he was shocked … because [you] could certainly see in the video that he did not expect it and her actions were perfect timing in this particular situation and I think she hit him pretty hard. “

“I am very proud of her; that was her first reaction, ”Mobley told WSVN. “I wish … sometimes things could be a little different because she’s still dealing with this mentally.”