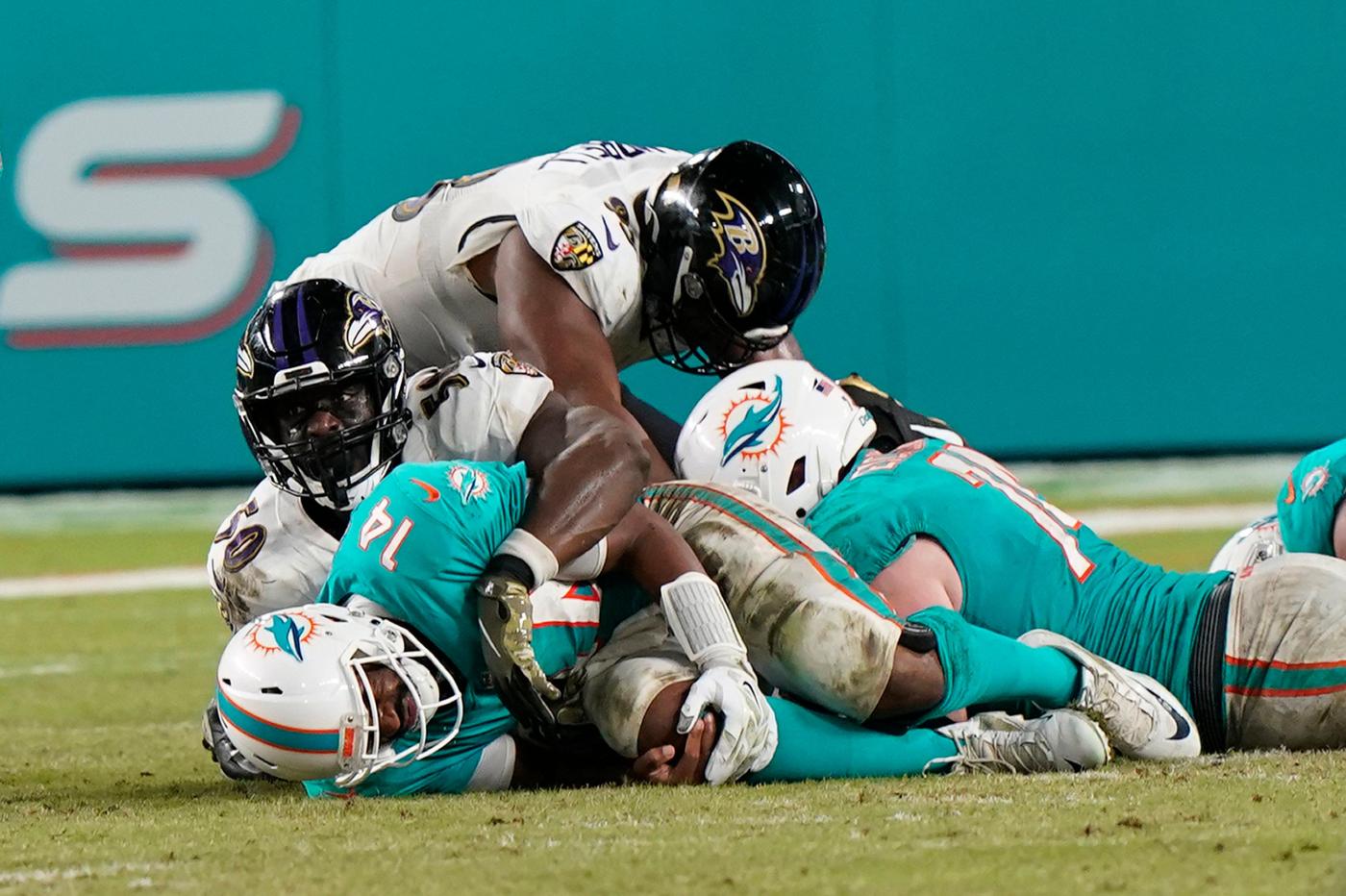 Justin Houston had not hidden his zeal for reached 100 career sacks, a milestone that the Ravens linebacker achieved in the team’s loss to the Miami Dolphins.

He collected the jersey for the quarterback he dropped, Jacoby Brissett, and made plans to frame it. But his son, Junior, gave him some time to bask in the performance.

“He had been upside down coming to the club with 100 sacks,” Houston said. “He was happy. But I still have more work to do, so he’s not so happy. He’s going to make a shit out of me. We still have more goals to achieve.”

How many sacks, exactly, does this school principal expect from his 32-year-old father?

“130,” Houston said, laughing. “He said you can not retire until you reach 130. So I pray that God will somehow make that happen.”

For a moment, Houston’s firing seemed to take on a darker tone as Brissett, his former teammate with the Indianapolis Colts, writhed on the field and squeezed his knee. But Brissett resigned, and he and Houston bonded, as friends, after the fight.

“He knew I was not the guy who hit his knee,” Houston said. “I was actually trying to reject him from it.”