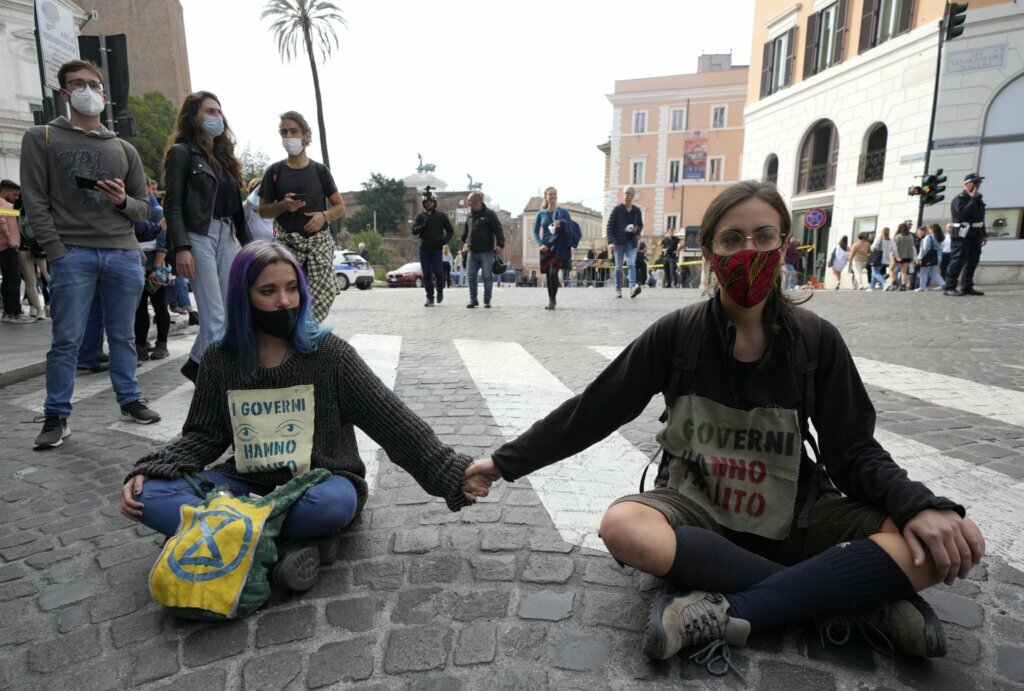 ROME (AP) – Leaders of the group of 20 countries haggled for two days in Rome on steps to tackle climate change and a pandemic recovery diverging between rich and poor countries. Climate change dominated their summit, which ended just as an annual UN climate conference opened in Glasgow, Scotland.

The G-20 negotiators worked all night from Saturday to Sunday on the wording of the summit closing statement. They worked to bridge the gap between a push for a tougher climate stance from European countries entering the 13-day Glasgow conference and concerns from China, India and Russia, where fossil fuels and coal play a major role.

These are the most important things from what was agreed in Rome – and what was not.

– The summit reached a compromise wording on when the G-20 nations should reach net-zero greenhouse gas emissions. This means producing emissions at a level where they can be removed from the atmosphere by oceans, forests and containment measures. The group of seven rich democracies has set 2050 as the latest date, but the leaders of the larger G-20 forum settled on “by or around the middle of the century.” China, Saudi Arabia and Russia have set 2060 as their goal of achieving CO2 neutrality.

– Leaders agreed to halt public funding for coal-fired power generation abroad, matching a decision by G-7 members during their June summit in Cornwall, England. But the G-20 set no target for phasing out domestic coal, a decision that was a clear signal to the major carbon emitters China and India.

– The group of 20 agreed that the effects of climate change, such as extreme storms, floods and rising sea levels, would be “much lower” if the average increase in global temperature could be kept at 1.5 degrees Celsius (2, 7 degrees Fahrenheit). The Paris Agreement of 2015 seeks to keep the rise “well below” 2 degrees Celsius (3.6 F) and to “pursue the effort” to limit it to 1.5 degrees Celsius.

– Apart from climate issues, the leaders signed a landmark agreement for countries to introduce a global minimum corporate tax of 15%. The global minimum is aimed at discouraging multinational companies from evading taxes by shifting profits to countries with ultra-low rates, where companies may be doing some real business.

– The leaders also said they would continue to work on a French initiative for richer countries to redistribute $ 100 billion in financial support to the needy countries of Africa in the form of special drawing rights – a currency tool used to help finance imports allocated by the International Monetary Fund and also received by advanced countries. Each country has already set aside about $ 45 billion.

The proposal reflects concerns that the post-pandemic recovery is diverging, with richer countries turning faster due to extensive vaccinations and large amounts of stimulus spending that poorer countries cannot afford.