It was more than a decade ago that Armando Hernandez had last seen a dentist.

“I live on social security and I’m retired so I do not have insurance and things just go up and I do not go,” the Elgin man said.

He stayed away, even with a recent toothache, until he heard about a free pop-up health clinic last weekend. There he found relief. And it did not cost him anything.

Hernandez was one of 424 patients treated at a two-day clinic at Judson University’s Lindner Fitness Center in Elgin coordinated by the Heal Elgin Project and Remote area Medical Volunteer Corps.

The fitness center was transformed with 30 dental tents on top of the basketball court, a room where a dozen eye exams could be performed simultaneously, private medical examination rooms, tables filled with free ready-to-use glasses and a mobile lens design lab parked outside.

The clinic is one of the many ways organizations and health care professionals come together to help uninsured or underinsured Americans who might not have access to care otherwise.

Sharon Lane is one of those people. The Elgin woman, who has diabetes, said she had had difficulty seeing clearly over the past few years and had not been to an ophthalmologist because of her fear of being infected with COVID-19 and out of pocket. . costs she would have had as she does not have insurance that covers vision care.

“This is truly a miracle,” she said. “On the spot you see better.” Lane’s situation is not uncommon. Justice and access are major issues for all facets of the healthcare sector, but they have largely avoided greater control so far.

“The problem has been around for a long time, but COVID and the impact of COVID really brought it to the forefront and forced people to be aware of it,” said Jim Parker, director of the Office of Medicaid Innovation and Policy at the University of Illinois.

Last weekend’s free clinic in Elgin had been up and running even before the pandemic; it was actually canceled last year because of it. But as the organizers note, the need never disappeared. Probably rose.

Heal Elgin officials said this is the largest crowd they have had for a clinic.

Despite greater pressure to provide all Americans with some form of health insurance through the Affordable Care Act, an estimated 30 million Americans are still without insurance, the single largest barrier to receiving care, experts agree.

Of the uninsured, somewhere between 600,000 and 1 million live in Illinois, based on estimates from the Illinois Department of Healthcare & Family Services and industry watchdog groups.

In addition, a 2019 report from The Commonwealth Fund, a research group promoting universal health care, showed 28% of American adults with insurance through an employer “have health plans that do not adequately protect them from health care expenses.”

“There are several barriers if you peel back to even someone who is employed,” said Jeff Eastman, CEO of Remote Area Medical, the group that provided logistical support, volunteer training and equipment to the Elgin Clinic. “The system is complicated to begin with, but we ask ‘where does it hurt’ and that’s it. We are a network for everyone.”

The Heal Elgin Project started as something far less ambitious than it is today.

Dr. Terri Dallas-Prunskis was along the banks of the Fox River several years ago, waiting for an official in the city of Elgin to map out a path to a 5K fun race. She planned the event through Elgin Adventist Church as a fundraiser for a nutrition program for children.

She heard the rustle in the bushes and saw a sneeze.

“I just ran!” She remembered. “And then I saw these kids come out of the brush and they carried their belongings with them.”

Together with the church pastor, Gabriel Bardan, and another church elder, Eric Fulbright, Dallas-Prunskis decided that there was a much greater community need than just an annual fundraiser.

“We had been involved in nutrition and hunger, and now we were dealing with homelessness issues, and I saw that one component we were missing was the health aspect and wanted to do something about it,” said Dallas-Prunskis, an interventionist. pain doctor. 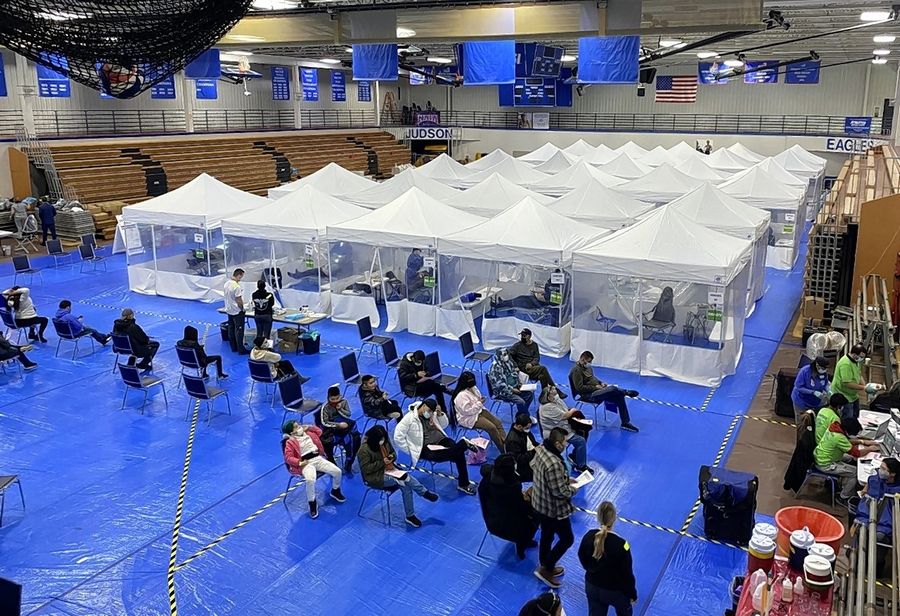 Heal Elgin immediately grew out of its first clinic in 2018 held in the church and drew many more than the organizers had expected.

“I remember people coming outside after being treated and pulling out their phones and calling someone to tell them excitedly that it was right,” Bardan said.

The clinic was moved to a park pavilion the following year, but again it needed more space. The program then partnered with Remote Area Medical for the third clinic to expand the level of care, so Bardan reached out to Judson University executives, who offered the school’s field house.

In addition to securing a location, Heal Elgin finds staff to volunteer and perform other on-site tasks and then get local health professionals to volunteer their time.

“This is our purpose now, to be the intermediary for those in need and these health resources,” Bardan said.

And it is these types of programs and partnerships that public health officials believe will bridge the gaps in access to care and equal treatment of medical services.

“It’s this perception of trusted partners in the community,” said Kim McCullough-Starks, deputy director of the Illinois Department of Healthcare & Family Services. “We know people will listen to the people they trust when it comes to their health, and when someone they know points them in the right place to have that access to care.”

It has been the consistent prayer of public health officials throughout the pandemic. As vaccines became available, government officials emphasized offering vaccination sites to those who might normally struggle to access health care.

The director of the Illinois Department of Public Health, Ngozi Ezike, went to great lengths to work with church leaders to provide assistance for vaccination admission among hesitant populations. IDPH often sent mobile vaccination clinics to churches across the state, all in an effort to provide greater access to underserved communities.

“As much as speed is important, justice is important,” said Ezike during a congressional hearing last February. “Speed ​​without equity will result in continued inequality.” 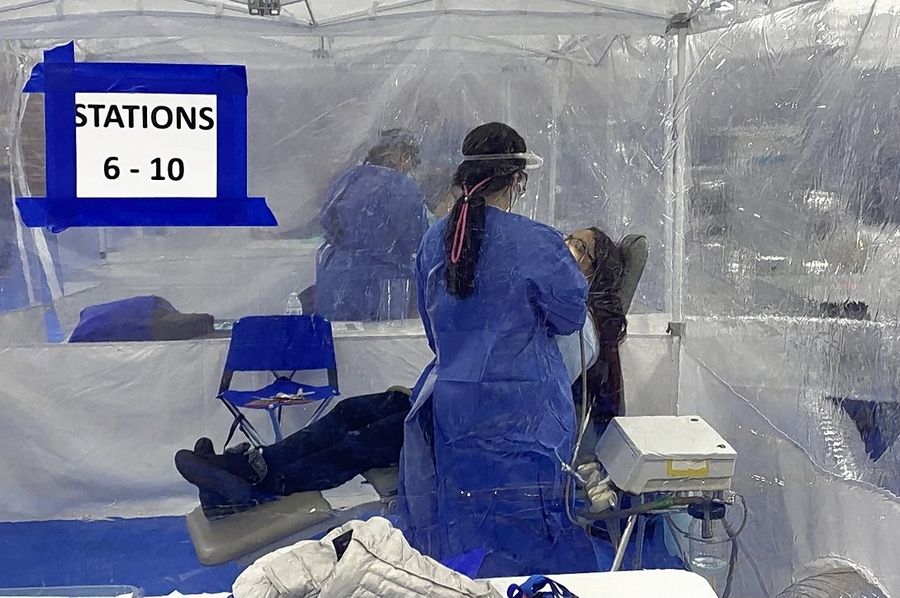 Safety net hospitals are defined as having at least 50% of admissions paid for by Medicaid, the state’s taxpayer-funded medical assistance program.

In 2020, IDHFS reported that 3,055,055 residents received comprehensive health care from Medicaid. A further 46,984 received partial benefits. That’s about a quarter of the state’s population.

Illinois hospital officials say they are working to reduce barriers to access to health care, especially in the field of preventative medicine, so as to reduce the need for hospital stays.

“There is no thing that will solve everything, no silver ball solution,” said Danny Chun, a spokesman for the Illinois Health and Hospital Association. “Hospitals are teaming up with community-based organizations and other local partners to ask what they can do to improve equality and access.”

When Edward-Elmhurst Health and NorthShore University HealthSystem announced plans to merge recently, one of the key points of the announcement was a $ 200 million commitment to create an investment fund to pay for programs and initiatives that increase access and justice in those communities. , served by their combined nine hospitals.

“All of this is at the service of our overall quest for optimal health in any community,” said Jordan Powell, senior vice president of health policy and economics for the hospital association.

“Most degenerative diseases are related to lifestyle,” Bardan said. “This is our future.”