If the latest hype around Tesla is any guide, one should not be surprised that the biggest listed offering in 2021 comes from a startup of electric cars that have barely delivered any cars.

On Wednesday, electric car startup Rivian debuted on Nasdaq. The stock opened at $ 106.75 per share, a jump of almost 30 percent over the listing. At the end of its first trading day, Rivian was valued at $ 88 billion, making it the largest IPO globally this year and sixth largest in American history, according to Bloomberg.

Rivian’s valuation was changed a few times prior to the listing. The target price range was initially set at $ 57 to $ 62 per share and then raised to $ 72 to $ 74. The company sold 153 million shares through the public offering and raised $ 11.9 billion in fresh capital.

The stock continued to rise on Thursday, closing at $ 122.99 per share. The startup is now worth more than Ford and General Motors. But like many startups of electric vehicles that have become publicly available in the last two years, Rivian has yet to deliver any major orders. A few months ago, Rivian started sending its first EV model, a pickup truck called the R1T, mostly to its own employees.

The R1T was shown in a Blue Origin campaign video in April, in which Jeff Bezos was seen driving the truck across Blue Origin’s test facility in the desert of western Texas to examine a New Shepard space capsule that had just landed. Rivian is partly owned by Bezos’ Amazon and has a contract to build 100,000 vans for the e-commerce giant by 2030.

This year, the company plans to make only 1,200 vehicles at its plant in Normal, Illinois. The goal is to increase annual production to 150,000 vehicles by the end of 2023.

That’s an ambitious goal, even with Rivian’s funding status, as automakers globally face a semiconductor shortage and other supply chain challenges that do not appear to be diminishing right now. The company’s founder and CEO RJ Scaringe said in a Bloomberg TV interview on Wednesday that Rivian’s biggest challenge at the moment is “health in the supply chain”, particularly the lack of spare parts.

“For us, it’s a question of how, as quickly as possible, we are transforming ourselves away from a fossil fuel-based economy?” Scaringe said about the company’s mission. “Of course, it has a huge focus on transport products. But it also includes energy products. And that’s something we’ll definitely get into as we’re really trying to speed it up. “ 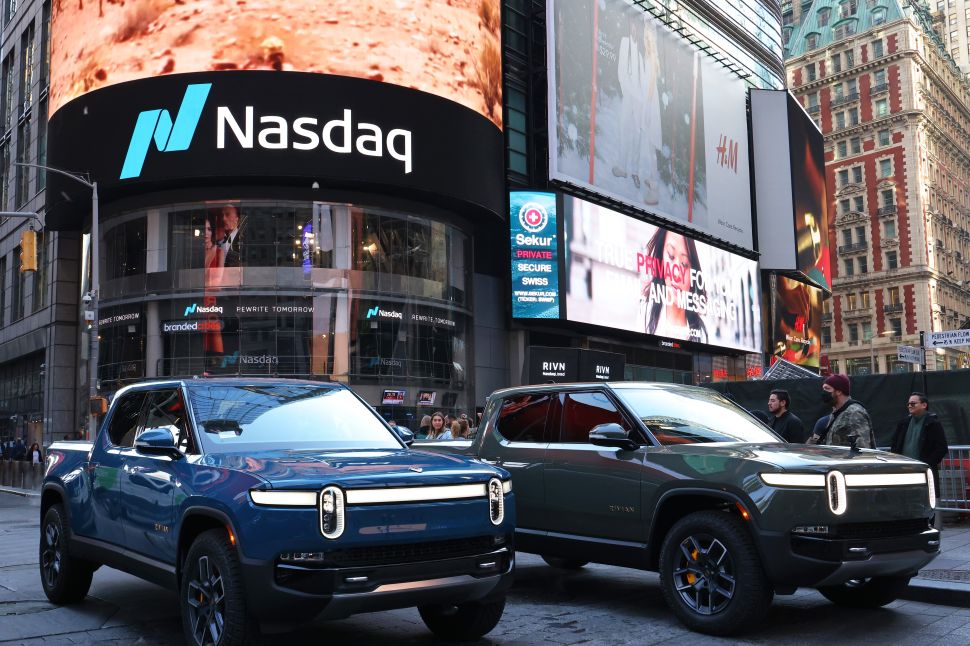