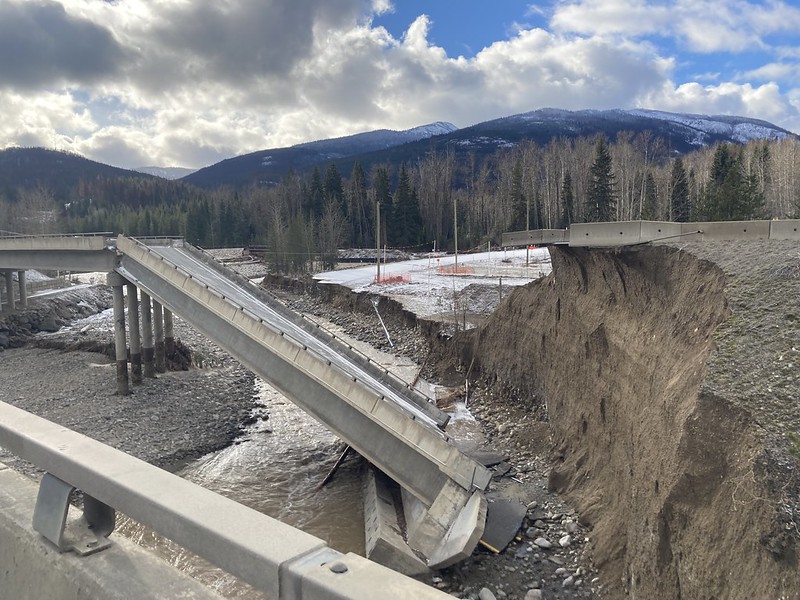 A couple trying to drive home to BC Interior were caught behind the latest mudslide on Highway 3 on Monday, making their journey an 11-hour ordeal.

The roller coaster fell Monday morning between Sunshine Valley and the Allison Pass Summit, east of Hope, BC, according to DriveBC. The route is now open for a single lane with alternating traffic.

⚠️ UPDATE – NEW WASHOUT has # BCHwy3 CLOSED in both directions from # HåbBC to #PrincetonBC, assessment in progress, estimated time of opening is not available. Details: https://t.co/lLqlZ9hS4f #BCStorm ⚠️

Highway 3 was one of only two road connections open between Metro Vancouver and Interior, record rain destroyed BC’s highway system. Traffic was congested again when it closed on Monday.

Wendy Steenblok traveled Monday morning from Langley with her husband and two chihuahuas trying to reach their home near Princeton, BC. They both work at the port and stay in a motorhome between the guards and go home when they get longer breaks.

They used Highway 7 to get to Hope, and after three hours on the road, they arrived at the Highway 3 junction around 12.30pm when Steenblok saw a flake approaching them.

The flagger told them there had just been a mudslide and there was no estimated time for reopening. Transport trucks were still coming through the other road, meaning they had passed the dangerous area before the mountainside fell.

Steenblok and her husband turned around and went back to the lower mainland. They knew they could either walk up Highway 99 through the Lilloo or through the United States, both of which were long journeys on unknown highways.

When they got back to Fraser Valley around noon. 16, they heard on the radio that Highway 3 had a lane open through the mudslide.

They returned for the second time and returned to Hope.

“We had our Christmas songs on. We had each other,” Steenblok said, adding that they had also packed extra water, food, fuel and sleeping bags in case they got stuck.

When they reached the intersection for the second time, a flake confirmed that they lived in the inner city and let them enter Highway 3.

As they passed the mudslide, crews waved them through despite the bad weather.

“We felt so safe walking through there,” Steenblok said. “I was worried it would be an eroded highway with a river showering.”

She added that the Protech Traffic Control flags were “all smiles” even though it was raining and snowing.

After 11 hours of straight driving, Steenblok and her husband reached home to make up for Christmas.

“I miss Coquihalla,” she said. “There are no upheavals, no rocks to fall off.”

Coquihalla, which provides a faster route to some parts of the interior, is not expected to reopen for several months after rain and mudslides tore large chunks off the road.

So far, Steenblok is grateful to be home.

“It’s not something you can blame anyone for,” she said of the widespread highway roadblocks. “That’s what it is, you do your best and go with the flow.”