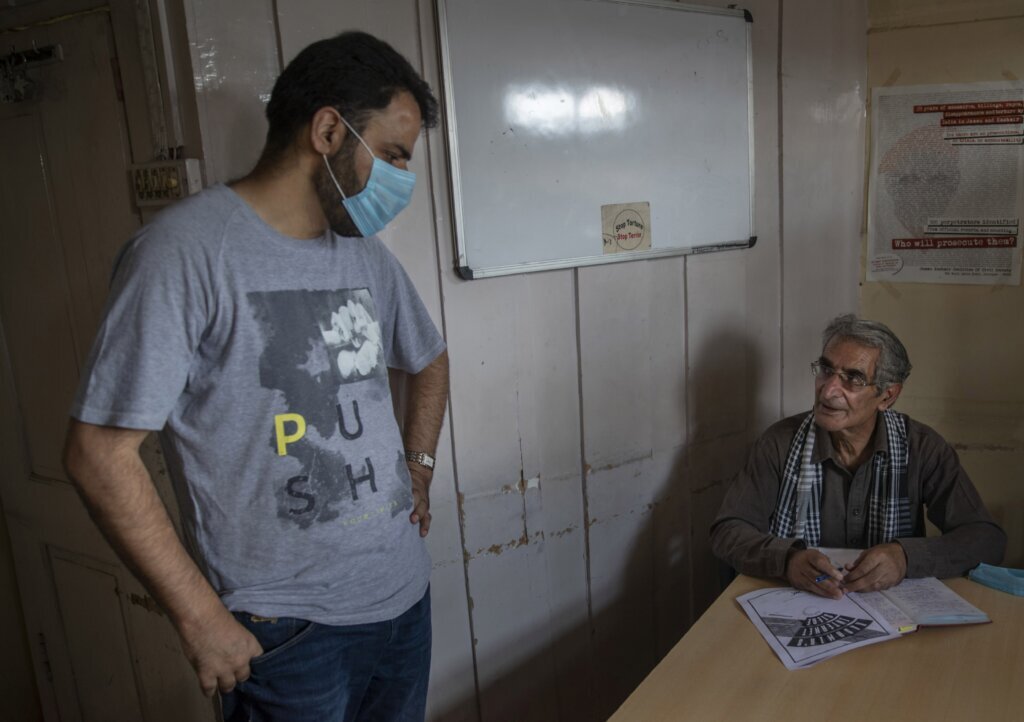 The National Investigation Agency, aided by police and paramilitary soldiers, on Monday raided the home and office of Khurram Parvez in Srinagar and searched them for many hours, said his wife Samina, who uses only one name. They also confiscated Parvez’s cell phone, laptop and some books along with her cell phone before arresting him, she said.

The agency did not issue a statement on Parvez’s arrest, but an official note given to his family said he was detained under several sections of India’s anti-terrorism law, the Law on the Prevention of Illegal Activities.

Parvez, 42, is the program coordinator for the rights group Jammu and the Kashmir Coalition of Civil Society, which has written reports of violence involving some of the hundreds of thousands of Indian troops in the region. The group has highlighted the expansive powers given to Indian troops, which it says lead to a culture of impunity and widespread rights violations in the region.

Parvez is also president of the Asian Federation Against Involuntary Disappearances, a Philippine-based international rights organization investigating forced disappearances in Asia. He received the Reebok Human Rights Award in 2006.

“He is not a terrorist, he is a human rights defender,” UN Special Rapporteur on Human Rights Defenders Mary Lawlor wrote on Twitter.

Last week, Parvez’s group criticized government forces for killing three civilians during a raid on alleged rebels in Srinagar. Their bodies were secretly buried by Indian police in a remote cemetery without their families present.

The bodies of two civilians were later exhumed and returned to their families following protests from the families, who said Indian troops used their relatives as human shields and killed them in cold blood.

In 2016, he was detained under the Public Security Act after being prevented from traveling to Switzerland to attend a session of the UN Human Rights Council. The law allows detention of people for up to two years without trial, but Parvez was released after 76 days after pressure from international rights groups. A court in Kashmir called his arrest illegal.

The Indian government has increasingly applied the anti-terrorism law against rights activists, journalists and dissidents in Kashmir.

The intervention worsened especially after August 2019, when India scrapped the disputed region’s special status, annulled its separate constitution, split the region into two federal territories and removed inherited protection on land and jobs.

Kashmir is divided between India and Pakistan, and both claim the region as a whole. Most Kashmiris support the rebels’ goal of uniting the territory, either under Pakistani rule or as an independent country.