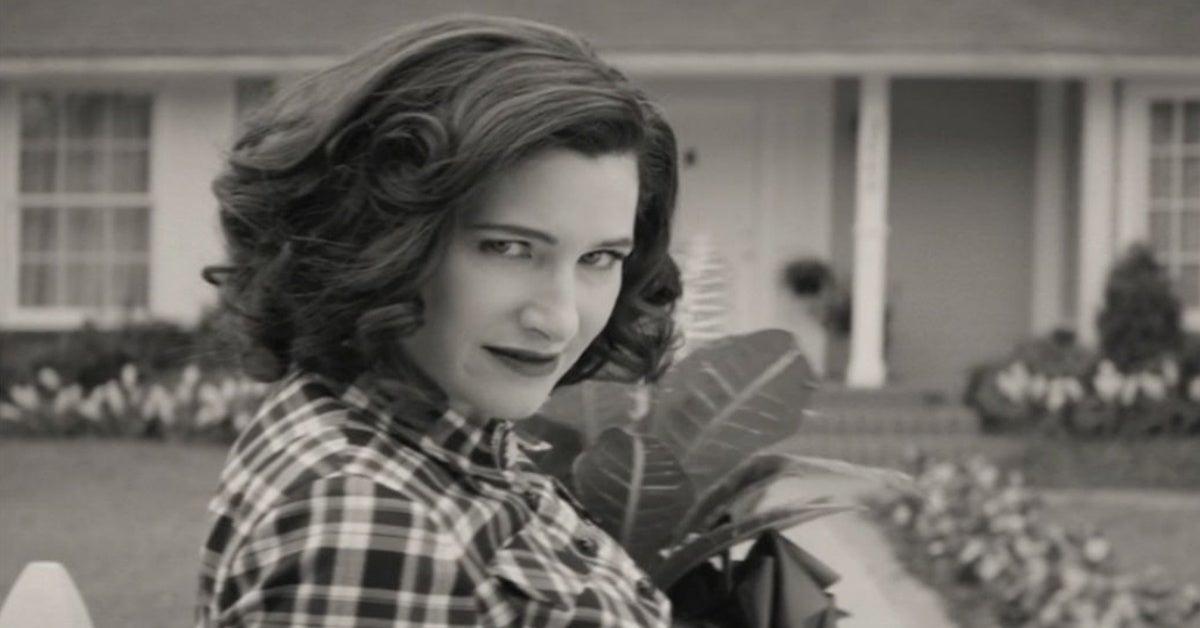 Kathryn Hahn has given fans another snippet of what to expect from Agatha: House of Harkness. WandaVision fans are having a great 2022 so far with Doctor Strange in the Multiverse of Madness poised to revisit Westview. However, during an interview with Entertainment Weekly, the actress explained that her Disney + show is still in development. In her words it’s, “exactly what I would have hoped and dreamed.” That’s good news for fans of the beloved Marvel show. Agatha became a massive fan-favorite due to her role as the antagonist in the first Disney + program to open up Phase 4. Now, everyone is waiting to see anything about the witch after her banishment to Westview at the end of WandaVision. Check out what she had to say about the upcoming show down below.

“It’s crazy to me and kind of buoying that this big chapter happened post-kids for me,” Hahn explained. “I subconsciously was taught that after I had kids, I’d have to drop my ambition ball, and that really did not seem to be the case. In fact, more doors opened.”

In a previous interview with Drew Barrymore the actress wondered about the lingering presence of Mephisto. Hahn did not have a direct response, but also tried to address all that speculation. As is the case with a lot of the fan theories, people working on these shows have no idea what’s going on while its airing.

“I keep hearing that. I have no idea,” she revealed. “That was like a big thing during WandaVision. But, I have no idea, who knows? I mean, I think right now, like anything, like Marvel, I mean, who knows it’s anything is probably possible. But, like I have never heard anything definitive about that at all. “

Then, the question of casting her own Mephisto came up. Hahn had a big sip of her drink before delivering a very diplomatic answer.

“All I’ll say, in terms of a real great deflection of that question is that… There is something that does feel so badass to be playing like, you know, we think of a witch and you think of, you know, immediately you think of a woman who is loud, who is mysterious, who is dangerous because she’s complicated and she’s misunderstood. excited. “

When do you thin we’ll see House of Harkness? Let us know down in the comments!