Kit Cats: New Sunderland book hits the shelves and readers have a chance to win a copy! | MCU Times Skip to content 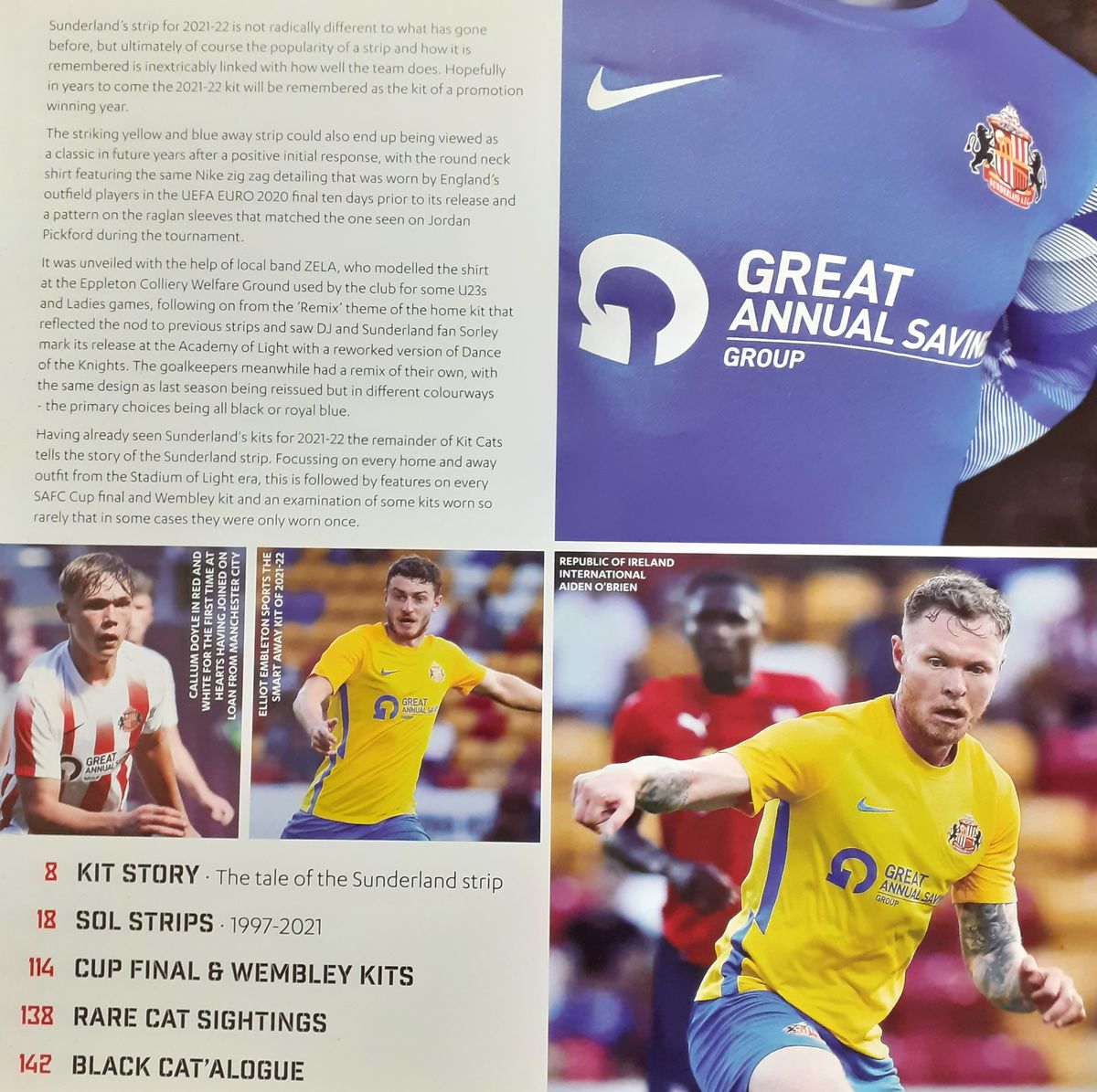 We have TWO COPIES of the new book, Kit Cats, to give away. Written by Rob Mason & RR’s Andrew Smithson, it’s a must-have for #SAFC fans!

You can enter the contest on Twitter to win a copy of the book – all you have to do is respond to the tweet above with your favorite SAFC kit and retweet the post. Simple as that!

Kit culture has been big for years, and Sunderland fans have always used their colors with pride, but it seems that interest in old shirts has increased over the last few years – perhaps due to the number of people who have time to go through their attics and garages during the lockdown and excavation of their old favorites.

Club historian Rob Mason tackled this trend, and knowing his many years of enthusiasm for Sunderland kits, I first asked myself to start working with him on a book about them late last year.

The main focus is on the colors worn during the Stadium of Light era, but as Rob regularly received requests from fans for strips from even further back, it was decided to include an in-depth chapter on the general evolution of Sunderland’s appearance since their early days. days in blue, and a chapter containing some of the lesser known examples that have been used – including an extremely rare player problem, only the orange shift top from 1986.

The book is in full color and in a hard back format.

Combined by publisher Paul Briggs, who is himself a Sunderland fan, each completed Stadium of Light season features a poster featuring images of home, away, third and goalkeeper tops along with action photographs and design details as well as an accompanying season review.

Each of Sunderland’s FA Cup finals and Wembley appearances is also included along with additional notes and a match report for each match – Lads had never used the same kit more than once at the national stadium despite having visited it twice in 2019 .

The Wembley section features several original match-worn shirts, including the yellow shift top used for the 1988 Mercantile Credit Football Festival, very few of which are still known to exist. The 1913, 1937 and 1973 vintages are permanently shown at the Stadium of Light, but some of the other peaks were borrowed by avid Lads fans and kit collectors, for whom Rob and I were very grateful.

Barry Jackson and Mike Gibson, who helped write the Absolute Record with Rob, also provided very welcome assistance with some of the research for the book, and both Alex Middleton and Lindsay Douglas from the club extremely supported the project throughout.

The couple both worked on the design of the current home kit and made sure that copies of this season’s tops could be used so the book could be updated. Lee Cattermole also freely gave up his time to help, having been the obvious choice to give a preface given the number of times he pulled on a Sunderland shirt.

After being fascinated by Sunderland’s kits since I started going to the games, it was a pleasure to see these rare and new tops up close.

As a kid, I used to live in Sunderland kits, many of which were bought for me by loved ones and therefore have a sentimental value. Most of the copies shown in the book are from my own collection, and they evoke fond memories of following the club with my teammates and our teammates – there is as much of the fabric in Sunderland as red and white stripes. I therefore hope you enjoy the book.

Kit Cats, by Rob Mason & Andrew Smithson, is out now. Click here to order your copy!