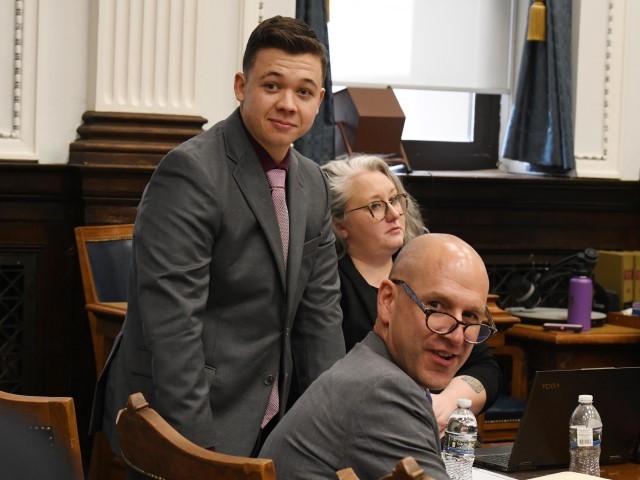 The eternal question of our time: Is the media evil or stupid?

The case of Kyle Rittenhouse is the latest example of exposing media dishonesty and / or stupidity in America today. Every step in this tragedy was encouraged, poisoned, hyped or distorted by the media.

“Who cares what the media does or says?” you might ask.

Well, in a system of self-government, success or failure depends entirely on an informed electorate. Therefore, one of Thomas Jefferson’s most proud achievements was the creation of a university.

The most important single way to inform voters about self-government – even more important than good universities – is an honest and accurate medium. That’s why the news media was called “the fourth state” since the founding of America.

The riots in Kenosha, Wisconsin, began as a fabrication of the media’s sick imagination. The riots were triggered by the police “killing” of an innocent, “armed” black man. The looting and chaos were, according to the media, justified revenge.

Democratic politicians – forever after the crazy pockets of the left-wing press – carried the banner. After all, it fits nicely into their bizarre anti-human agenda of defusing the police, celebrating criminal rioters and then racial segregation among the citizens.

All lies, of course. The black man who was shot by police was neither killed nor “armed”. He was not “innocent” either.

One of the most shocking lies in the media spin on Mr Rittenhouse is this incessant claim that he exercised “vigilant justice”. The media repeats it all the time. And they constantly quote politicians with the same absurd claim.

As the wise jury in Kenosha ruled, Mr Rittenhouse’s case was not about “vigilante justice”. It was about self-defense. Mr. Rittenhouse acted simply to protect himself from aggressors who wanted to hurt him or kill him.

“Vigilant justice” is lawless “justice” – also known as “revenge” – performed by lawless actors outside the law. In other words, troublemakers.

If you are dissatisfied with your lot in life and you go out and fire bomb a police station, shoot an officer or overturn a police car to express your accident, then you are a lawless troublemaker. It’s vigilance.

If you’re dissatisfied with your lot in life, and so you search a store and steal a lot of things, you’re a looter. It’s vigilance.

If you are a politician or a member of the media who encourages or celebrates riots, looting or the criminals who carry it out, then you are no better than the criminals themselves. It’s vigilance.

Mr. Rittenhouse was not a vigilant. He was an innocent citizen who exercised his God-given and constitutional right to defend himself in a situation where the government had so clearly failed to preserve peace and protect him.

The looters and rioters who looted the streets that night in Kenosha – including the three who attacked Mr Rittenhouse – were on duty. And so are the media and politicians who encouraged them and were so quick to slander the innocent, 17-year-old Mr Rittenhouse.