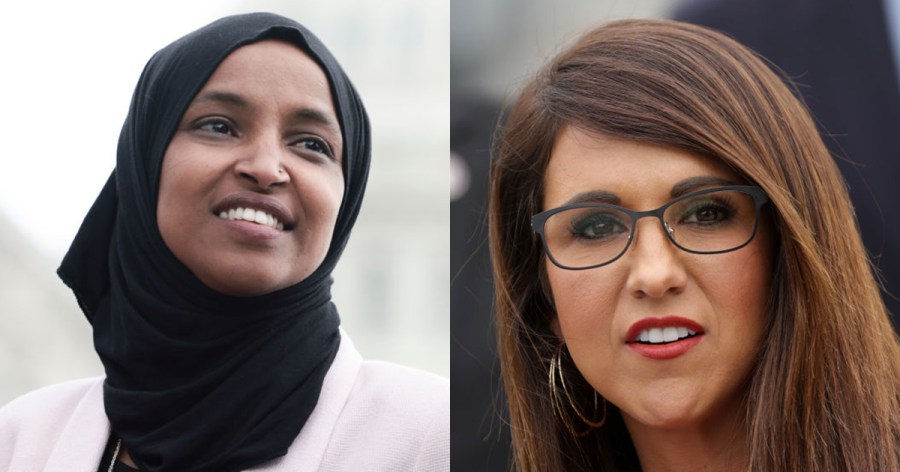 (Bakken) – Reps. Ilhan Omar (D-Minn.) And Lauren Boebert (R-Colo.) Clashed in what both described as a tense phone call on Monday after a video surfaced of the right-wing extremist lawmaker making Islamophobic remarks about his colleague.

The two lawmakers issued separate statements after the phone call, making it clear that neither of them found the conversation useful in resolving their disagreements.

“Today, I graciously accepted a call from Representative Lauren Boebert in the hope of receiving a direct apology for mistakenly claiming she met me in an elevator, suggesting I was a terrorist, and for a story of anti-Muslim “Instead of apologizing for her Islamophobic comments and fabricating lies, Rep. Boebert publicly refused to acknowledge her hurtful and dangerous comments,” Omar said in a statement.

Rep. Boebert apologizes after anti-Muslim comments about the colleague’s surface

“She doubled her rhetoric instead, and I decided to end the unproductive call,” Omar added. “I believe in respectfully engaging with those we disagree with, but not when that disagreement is rooted in outright bigotry and hatred.”

Boebert, meanwhile, expressed frustration in one video wrote on Instagram that Omar felt that the first public apology “was not good enough.”

“I wanted to tell her directly that I had reflected on my previous remarks. Now, as a strong Christian woman who values ​​faith deeply, I never want anything I say to offend anyone’s religion. So I told her that. “Even after I issued a public statement about it. She said she still wanted a public apology because what I had done was not good enough,” Boebert said.

Boebert went on to attack Omar for her earlier criticism of Israel and calls to disband the Minneapolis Police Department after the death of George Floyd, an unarmed black man while under arrest.

“She kept asking for a public apology. So I told Ilhan Omar that she should give a public apology to the American people for her anti-American, anti-Semitic, anti-police rhetoric. She kept pushing, and “I kept pushing back. And then Rep. Omar hung up. Rejecting an apology and hanging up on someone is part of the culture of cancellation 101 and a pillar of the Democratic Party,” Boebert continued.

The bite: Omicron variant gives cause for concern, not panic

Boebert then doubled an Islamophobic trope by suggesting that Omar sympathize with terrorists.

“Make no mistake, I will continue to fearlessly put America first and never sympathize with terrorists. Unfortunately, Ilhan can not say the same. And our country is in a worse position for that,” Boebert said.

The controversy involving the two lawmakers began after a video surfaced over the Thanksgiving weekend of Boebert saying she and an employee were on their way up to a Capitol elevator when she saw a Capitol -police officer driving towards them.

She turned then and saw Omar standing nearby. “I said, ‘Well, she does not have a backpack. We should be fine, “Boebert recalled, laughing at the crowd.” And I said, “Oh, look. The jihad squad decided to show up for work today.”

After Omar, one of the first Muslim women to be elected to Congress, and Democratic leaders condemned the statements as Islamophobic for suggesting that the progressive legislature could be a terrorist, Boebert issued a public apology, saying she had contacted Omar office to talk to her directly.

Boebert’s latest attack on Omar comes after Rep. Marjorie Taylor Greene (R-Ga.), Another prominent right-wing Republican, tweeted over the weekend that Omar and the “Jihad Squad” – citing a group of other progressive congresswomen of color – “do not deserve an apology.”

Travel restriction from South Africa, several other countries due to omicron variant

“Never apologize to Islamic terrorist sympathizers, communists or those who finance murder with our tax dollars,” Greene tweeted.

The house’s minority leader Kevin McCarthy (R-Calif.) Meanwhile said in a statement that he spoke with Boebert on Friday and that she had apologized for her comments.

McCarthy also said he spoke with the House Majority Leader Steny Hoyer (D-Md.) To help coordinate a meeting between Omar and Boebert “so Congress can get back to talking to each other and working on the challenges facing the American people.”