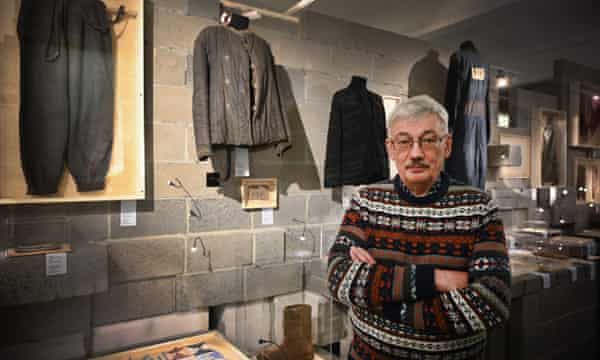 Russia could dismantle the Memorial, the country’s leading human rights group, in an attack on civil society and a symbolic reversal of the freedoms won by dissidents at the fall of the Soviet Union.

A Supreme Court case due on Thursday could mark a milestone in Vladimir Putin’s campaign to rework Soviet history by banning the International Memorial, which began meeting in the late 1980s to shed light on atrocities and political repression. Joseph Stalin and other Soviet leaders.

Another case, which began on Tuesday, accuses Memorial’s Human Rights Center – the second main branch of the organization – of “justifying extremism”, with one prosecutor claiming it is the basis for its dissolution.

Prominent Russian activists and Western governments have protested against the cases, and the European Council’s Commissioner for Human Rights has called the organizations “a symbol of the relentless struggle for freedom, democracy and human rights in the post-Soviet territory and beyond. Dissolving them would have significant negative consequences for civil society as a whole and the protection of human rights in the country. “

Oleg Orlov, a Memorial board member, called the government’s case under the controversial “foreign agents” law unfounded, but said the final decision would be a political one. “Everything is possible in today’s Russia,” he said in an interview. “The public support we have and the noise surrounding this case leaves us with a kind of hope.”

Memorials advocating for human rights and political prisoners, such as incarcerated opposition leader Alexei Navalny, had angered the government, Orlov said. But it had faced just as much anger for its research and education activities on state-sponsored crimes under the Soviet Union, focusing not only on millions of victims of Gulag camps, forced deportations and violent purges, but also on executioners and officials ordering atrocities.

Both sections of the Memorial were early additions to Russia’s register of “foreign agents,” a punitive mark that has been inflicted on many of the country’s independent media and NGOs. Increasingly, prosecutors have used the law as a hug to silence independent voices.

And yet, Memorial’s national network had survived Russia’s reactionary turn under Putin over the past decade, continuing to popularize its Soviet-era atrocities as it built a database of more than 3 million victims of political repression.

This mission has become more controversial as Russia has further tied its state identity to the Soviet victory in World War II, and as its conflicts with other post-Soviet and former communist states, as well as the West, often required historical arguments that favored themselves rather. than regrets about regrets.

Nikita Petrov, a historian and researcher at the Memorial, said in recent years that government archives have increasingly blocked access to scholars as Soviet-era primary documents have once again been shrouded in secrecy.

“We were enthusiasts who wanted to know more about history, to tell people about their history,” Petrov said of joining the organization in 1988. “When Russia chose to take a democratic, legal path forward, I could not in my darkest “Dreams have imagined that everything would eventually start to go backwards. I was probably naive back then.”

The memorial was already in conflict with Boris Yeltsin’s administration in the mid-1990s, when the group expanded to document state-sponsored crimes during the first Chechen war. Its continued activism is at great personal risk: Natalia Estemirova, a human rights activist and former board member of Memorial, was abducted in Chechnya and murdered in 2009. Orlov was acquitted of slander in 2011 for accusing the head of the Chechen Republic, Ramzan Kadyrov, of be personally involved in her murder.

Its advocacy business has continued to anger the government. Its human rights center is threatened with the inclusion of Jehovah’s Witnesses, members of a religious group considered extremist by the government, in its numbers of more than 400 political and religious prisoners. That list also included Navalny.

The pressure has increased on the organization since it published the list in August. In October, masked men raided Memorial headquarters during a screening of the film Mr Jones, about Welsh journalist Gareth Jones and his reporting on Holodomor, the Stalin-era famine that killed millions of peasants in Soviet Ukraine in the 1930s.

“This is one of the last remaining places in Moscow where we can hold open, public talks,” Orlov said, saying the organization could lose a place to house its archive, library and museum of Gulag artifacts. “And of course it will be very hard for the human rights center … many people will be left without help.”

Robert Latypov, the head of the Memorial organization in the Perm region, said the attack on the International Memorial could threaten an “entire network of public organizations” across the country.

He first joined the Memorial in 1995 as a volunteer at Perm-36, a former Gulag labor camp that has been turned into a museum. “When you meet real dissidents who were imprisoned there, prisoners of conscience, and you talk to them in real life, it completely changes your perspective,” he said.

Local officials had often supported Memorial’s mission, Latypov said, including having read the names of victims of repression during an annual memorial day. But others have undermined independent efforts to document Soviet repression, he said. Control of Perm-36 was taken away from local activists in 2014. The Gulag camp became a state museum with “no people, no excursions, no life”.

And then there is Latypov’s own experience – his home and office were raided by the FSB after a memorial expedition to a monument dedicated to people from Lithuania and Poland in exile to the region.

“There are some lines, some taboos that you can’t cross,” he said. “They are always moving. They are hidden. But as soon as you cross them, the state notifies you immediately.”