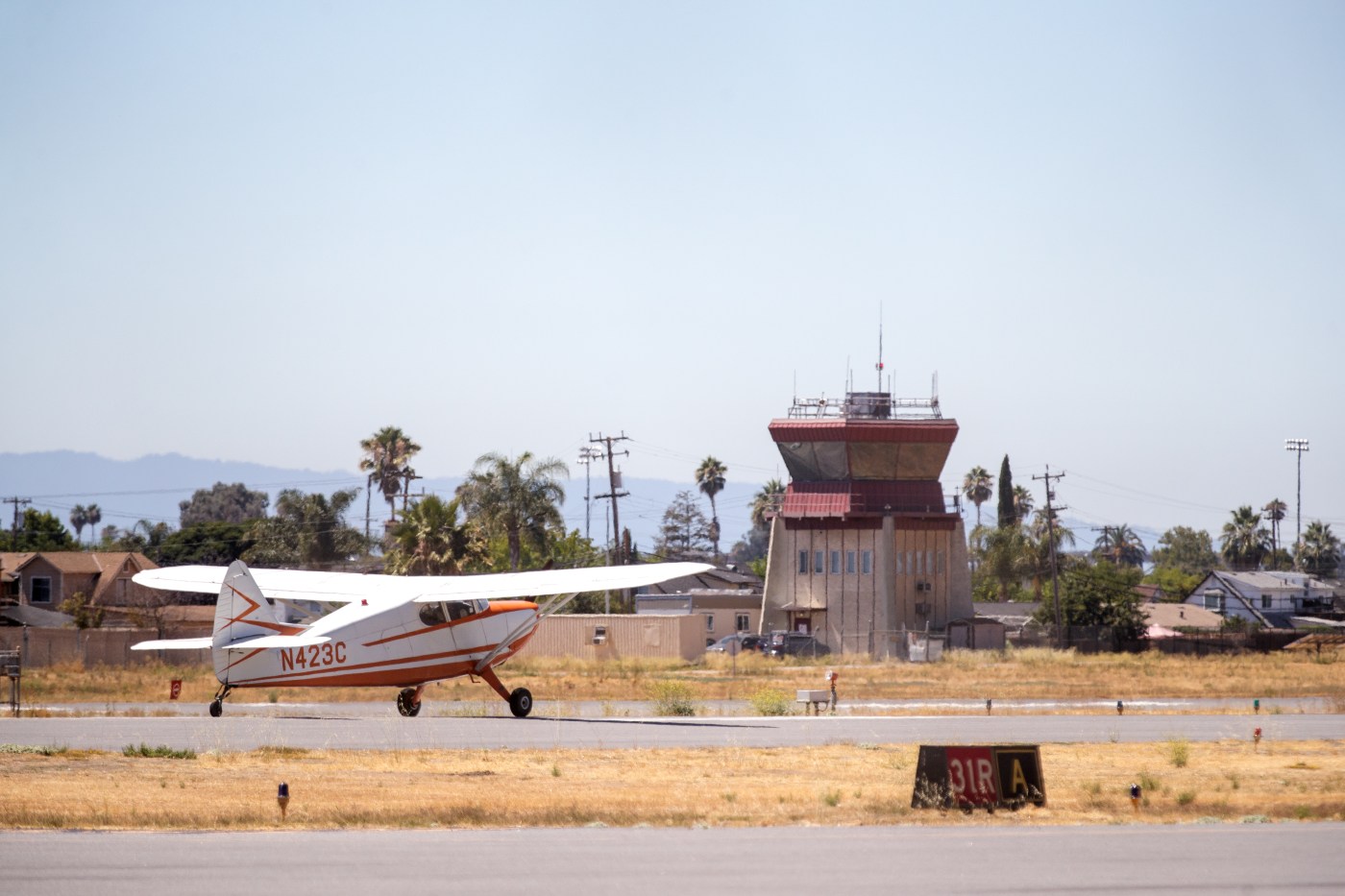 Send your letter to the editor via this form. Read more Letters to the Editor.

More needs to be done
to free airports from lead

relating to. “The county will conduct more tests for lead at airports,” Page B1, December 25:

Green Foothills is pleased to see more news on lead pollution at Reid-Hillview Airport. As the previous study of lead contaminating children’s blood down from the airport showed, this new study of the ground is likely to show that lead contamination from small aircraft is a dangerous health risk.

We strongly advocate closing the airport and reusing that land for parks and other community uses for East San Jose. However, we must clarify that we do not strongly encourage the relocation of the airport to the existing small airport in San Martin. Local pilots can choose to move to a variety of airports. The flying schools in Reid-Hillview could move to a completely different region.

We welcome the removal of leaded fuel at both county airports. Closing Reid Hillview can and should be done in ways that do not hurt and actually help San Martin residents.

As Vallco’s work lags,
time to replace the city council

Vallco development has dragged on for over four years. Now is the time for Cupertino residents to recall all city council members.

The current mayor, Darcy Paul, is responsible for the constant delays. Residents must recall all city council members before the state of California takes office litigation against the city for violation of the law of this development.

Proposed solar cell taxes
will not help the poor

relating to. “Tagsolar Program Deprives the Poor,” Page A6, December 22:

I was disappointed to see that you support the proposed changes to California’s public utilities rate on the roof.

California should do everything it can to increase the power of renewable energy sources. You say that the solar cell program on the roof robs the poor and gives to the rich. These rate changes will ensure that solar energy on the roof is limited to those who are wealthy or who are willing to pay a premium to do the right thing for the environment.

Studies show that solar energy on the roof reduces the need for new electricity generation plants and long-distance transmission, which reduces costs for everyone – but also profits for the utilities. Let us take advantage of our climate so that everyone reaps the benefits of a sustainable future.

Dr. Fauci is right – Jesse Watters should be fired for suggesting that attendees at the right-wing Turning Point US conference go after Fauci for a “lethal shot.” (“Fauci says Fox’s Watters should be fired, ”Page A4, December 22) Fox commentator Lara Logan should be treated the same way to compare Fauci to Nazi doctors experimenting with Jews.

The public should realize that Fauci describes the results of a well-respected federal agency that has guided former Republican and Democratic presidents through health crises. As a society, we are being attracted to vigilance. Fox is not alone in admiring the mob. The popular TV series “Yellowstone” idolizes vigilance as a powerful family ignores justice and murder on their own judgments. Although the series is fiction, it lives off a godfather character to administer justice.

Biden has been the right man
to restore the presidency

The United States is really lucky to have Joe Biden as its president. He has brought a sense of calm and respect back to the office. He has regained the admiration of our allies. He has once again engaged the United States in the war on climate change. He has been stubborn in his attempts to get Americans vaccinated. He has successfully persuaded Congress to pass a long-sought infrastructure bill. He is now focused on passing a national suffrage law, upholding a woman’s right to vote and mitigating the economic inequalities that plague this country.

Just a year ago, we had a president who openly encouraged white supremacy, who avoided the pandemic and the climate crises as a hoax, and who encouraged the storm of our nation’s Capitol to preserve its great lie. Biden may not be a perfect choice for president, but he has certainly been the man we needed now.

We have forgotten rights
bear responsibility

America has fallen in love with slogans and buzz words. Some are worth repeating, while others are better to be forgotten.

I’m all for catchy words and slogans, but people who shout for “freedom” and “rights” seem to have forgotten one important word related to both – “responsibility.”

Every American has the right to refuse to wear a mask or to be vaccinated as long as he or she is also ready to face the consequences. Losing composure and becoming violent when you are denied service because you are not wearing a mask or have not been vaccinated is simply unacceptable. If one cannot be held accountable for one’s actions, one does not deserve to enjoy freedoms or rights.

As we move into the new year, I hope the phrase “Enjoy your freedom responsibly” becomes a slogan that resonates with everyone. The future of our country may depend on it.