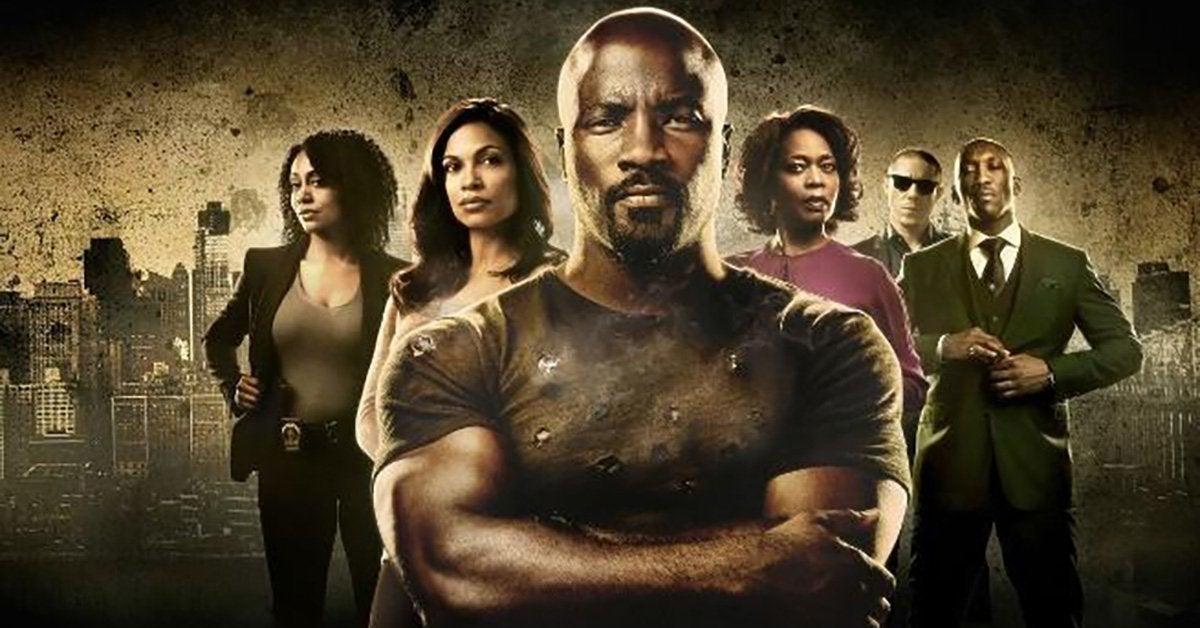 The creator behind Marvel’s Netflix series Luke Cage has shared his thoughts on the show before it leaves the streaming service. It was not too long ago that fans discovered Marvel’s slate of Netflix shows (Luke Cage, Daredevil, Jessica Jones, Iron Fistand Defenders) were about to disappear on March 1st. This means we are in the last week that fans will have the opportunity to stream Marvel’s foray into edgier TV content. While it remains unknown what Marvel / Disney plans to do with the shows and characters after they are removed from Netflix, Coker is reminiscing on his time making Luke Cage.

“Rewatching Luke Cage while I can on Netflix. They’re going to do what they do. It’s theirs,” Coker wrote in a long Twitter thread. “I just hope they do not sit on it for years to allow for an easier reboot, or re-air it with a different mix, or the N-Word muted. I’d love to do commentary tracks, or the original credits “He then went on to provide his own director’s commentary, revealing new details on the show’s creation.

Rewatching Luke Cage while I can on Netflix. They’re going to do what they do. It’s theirs. I just hope they do not sit on it for years to allow for an easier reboot, or re-air it with a different mix, or the N-Word muted. I’d love to do commentary tracks, or the original credits

One of the many things that changed during production was Luke Cage‘s original credits. Coker revealed how the original credits would have shown Luke Cage “in a yellow American International Pictures / ‘Tarantino’ font,” and Episode 6’s jogging sequence was going to be the original opening. Episode 2 was Coker’s favorite, even going so far as to deem it “my favorite episode of TV I ever wrote.”

As for the best scene he’s ever written, that honor goes to “Code Of The Streets” which featured Mahershala Ali, Theo Rossi, Warner Miller, Alfre Woodard, and Rob Morgan. “I remember watching it and I forgot I wrote it. They took it to another level,” he said.

Coker then addressed the elephant in the room: Luke Cage’s future at Marvel Studios. His hope is Mike Colter and Simone Missick remain as Luke Cage and Misty Knight, respectively. “Regardless of whether or not I’m asked back, I really hope they keep Mike as Luke and Simone as Misty, and everybody else as everybody else,” Coker admitted. “It’s kinda like Bond. There might be another Bond, but I got to write for Sean Connery, Lois Maxwell and Ursula Andress.”

Luke Cage was lucky enough to get Lucy Liu to direct the Season 2 opener, but also was almost able to land Regina King as well. As Coker puts it, King’s success with One Night in Miami put her in another stratosphere. “Got Lucy Liu to direct the amazing 201 and almost got Regina King to do one as well. (Got outvoted on that one, but I’ll protect the guilty),” he revealed. “After One Night In Miami however, Regina is now at that Pilot offer only / attached as EP level. They’d be lucky to get a meeting. “

Coker ended his Twitter thread by considering doing either a live rewatch of Luke Cage or a “Sopranos style podcast” with the cast and crew. Suffice it to say, there would be a lot of interest in whatever form of commentary Coker decided to settle on.

What do you think about Luke Cage and the rest of the Marvel shows leaving Netflix? Let us know your thoughts in the comments!