2022 marks the 60th anniversary of one of the most iconic characters in the history of pop culture – Spider-Man. To celebrate, Marvel held a live virtual event tonight, titled “Beyond Amazing: 60 Years of Spider-Man.” The event saw all kinds of legendary creators come together to talk about the history of the character. Hosted by Lorraine Cink, the event featured several panels of some of the most memorable Spider-Man creators from throughout the characters history, starting with writer JM DeMatteis, editor-in-chief Steve Wacker and editor Tom Brevoort. 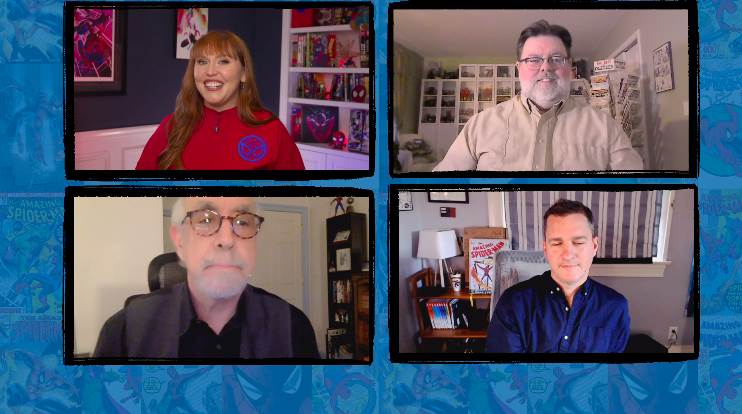 The group talked a bit about what made Spider-Man so special when he debuted. During that age of comics, they typically focused on the superhero and the secret identity was an afterthought, until Spider-Man came along.

“The story was not about Spider-Man it was about Peter Parker,” Brevoort said. “You’d go through issues of Spider-Man, early issues especially, and Peter Parker would just be Peter Parker for the majority of the story.”

Another aspect of Spider-Man that was so different was the humor. Despite finding himself in dangerous situations and facing down tragedy, Spidey always has a quip ready.

“Comedy is the way we deal with tragedy,” Wacker said. “I do think it was a key part of the character.”

And finally, during some rapid-fire fan questions, DeMatteis gave possibly the best possible answer when asked to describe Spider-Man in one word. 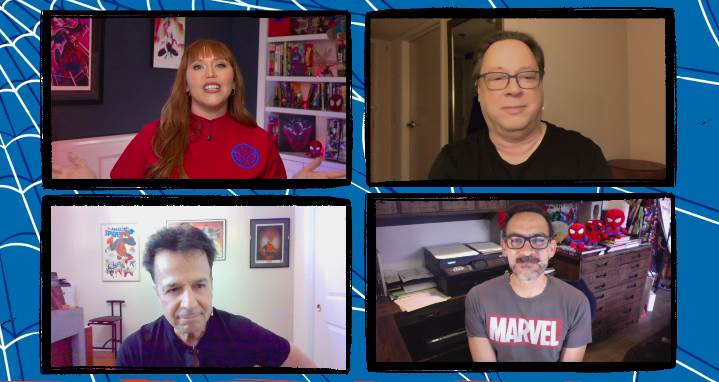 Romita went outside the realm of Marvel to find a character to compare Spider-Man to, explaining further what makes the character so great.

“It’s the antithesis to Superman. It’s red and blue, but he’s not perfect. He’s imperfect, ”Romita Jr. said. “He’s the greatest character ever.”

And speaking of red and blue, the group was asked about their favorite Spider-Man costumes. Ramos could not help but stick to the classic threads.

And finally, the group was asked to give some tips on drawing Spidey for aspiring artists and Quesada had some interesting advice.

“Do not use photo reference. You can not get anyone to pose like Spider-Man, ”Quesada said” When you look at some of those pictures of Spider-Man, limbs are disjointed. “

The third panel included writer Dan Slott, writer Karla Pacheco and writer Maurene Goo. They were referred to as the trouble-maker group at the top and they made sure to have some fun along the way. 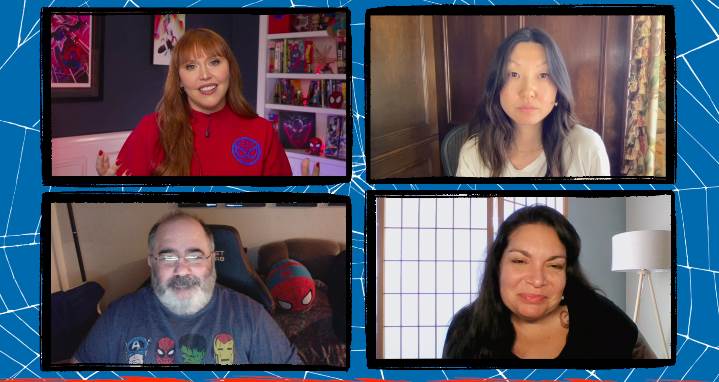 First off, Slott shared a fun story regarding the creation of the Spider-Verse story arc. He explained that he was hired to work on a video game that featured four different versions of Spider-Man but they never actually got to team up in the game and he wanted to change that.

“I called my editor Steve Wacker and was like ‘we need to do this in the comics, but I do not just want Peter Parker, I want like’ Spider-Ham, ‘” Slott said. “And Steve was like ‘ok, let’s do it.’

Pacheco was asked about what she enjoys about creating Spider-Man villains.

“I enjoy just making straight up bad people and I think with spidey villains you do have that opportunity to just you do not really have to have that rich backstory. I mean you can, but you can also just have someone who’s evil and terrible, ”Pacheco said. “There’s no one like Spider-Man as someone who can go head-to-head with someone who’s just flat out terrible.”

Goo, who is currently writing “Silk,” got to talk a bit about what it was like for her to have her first comic writing experience be on such a big stage.

“I do not have a comics background. This was my first comic and not only a comic but a Marvel comic. I just know the fans are so passionate so I wanted to do right by them, ”Goo said. “But I was so excited! I always wanted to delve into comics. It was not just sort of this thing that fell into my lap. I consumed comics as a kid, I watched the X-Men cartoons. ”

The highlight of this panel though came when the group was asked to come up with the iconic “THWIP” onomatopoeia, which resulted in a bunch of prestigious writers making some funny sounds.

And finally, Goo got to reveal and new Hasbro Marvel Legends Series Silk figure, which will be available for pre-order tomorrow on Amazon, both on it’s own and as part of a two-pack with a Doctor Octopus figure. 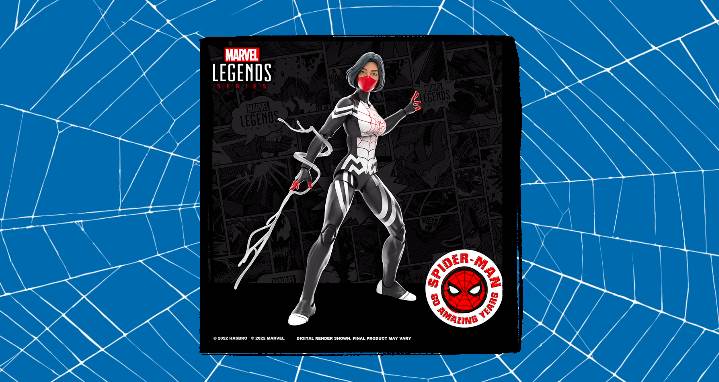 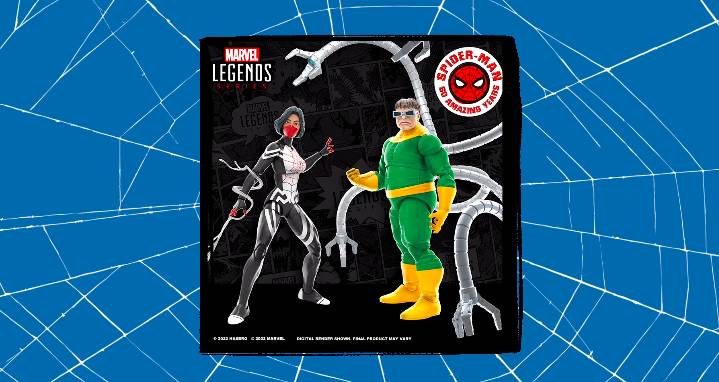 And finally, Cink was joined by editor-in-chief CB Cebulski and executive editor Nick Lowe, who had some announcement to share. 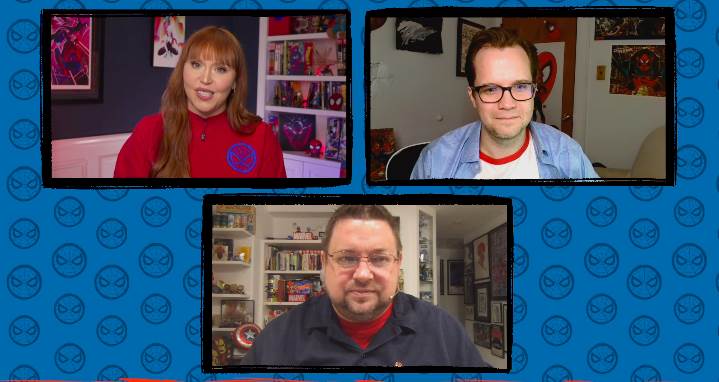 First, the duo talked about the upcoming run on “The Amazing Spider-Man,” which will feature writer Zeb Wells and art from Romita Jr.

“There’s so much to say and so much we do not want to reveal to the fans,” Cebulski teased.

The conversation then quickly changed gears to the upcoming “The Amazing Spider-Man # 900.”

“We’ve got zeb wells of course he’s been joined by living legend Ed McGuinness,” Lowe said. “When you pick up ‘Spider-Man # 900’ you’re getting a graphic novel.”

The pair also discussed the upcoming “Deadly Neighborhood Spider-Man” series which they revealed will feature the Demon Bear of New Mutants fame.

“It’s a freaky book. It’s a scary book, ”Lowe said. “One of the scariest things, it takes Spidey out to LA. Think of the traffic! This book is going to be maybe the coolest Spider-Man book of all-time. ”

And finally, they announced a new infinity comic, “Spider-Verse Unlimited.” The new series, written by Anthony Piper art by Bruno Oliveira, will be released weekly on Marvel Unlimited and the first issue is available now.

Every spider has a story, and this is where they’ll be told! 🕸️ Read the first issue of ‘Spider-Verse Unlimited’, a new Infinity Comics series, now: https://t.co/aa2csGaqNS pic.twitter.com/MFgTb7izA5

Be sure to check back for more details on these Spider-Man comics and toys as they become available.

Mack is the Editorial Director for Marvel and ESPN content and he has covered comic cons, theme park events, video game showcases and other fun events. He is a fan of theme parks, sports, movies, Marvel Comics and is a self-proclaimed “nerd.”