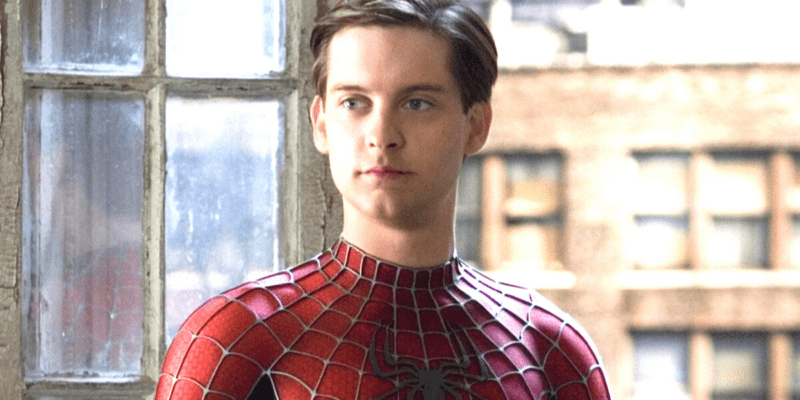 Any Marvel fan can’t wait for Tom Hollands Spider-Man: No Way Home and rumors are high that former “Spider-Men” Tobey Maguire and Andrew Garfield will appear in the Marvel movie. Prior to the release, fans discovered Maguire’s Spider-Man mask in a new one No way home poster.

Marketing for Spider-Man: No Way Home (2021) is in full swing, with new posters heading left and right for the Marvel Cinematic Universe adventure:

If you look closely at the top left corner of newspaper clippings of Spider-Man, you can see the head of Tobey Maguire. There’s no hiding it, it’s without a doubt Tobey Maguire’s iconic Spider-Man mask.

Maguire’s mask, considered to be “the worst kept secret in Hollywood” by many, is unmistakable in the new promotional material for No way home. Nevertheless, Sony and Marvel Studios have worked tirelessly to protect the massive Maguire and Garfield cameos.

On top of that, all indications are that Charlie Cox ‘Matt Murdock / Daredevil superhero will appear in the film, which defends Tom Holland’s Peter Parker in court.

The official trailer for Spider-Man: No Way Home promised a bright future for the Marvel collection, but incredibly misleading.

Marvel’s Kevin Feige certainly has some big surprises in store, and the big “Spider-Men” revelation is something no one wants to be spoiled.

But when you see another Spider-Man in an official piece of marketing material, it’s hard to swallow. Of course, there are too many Marvel fans dissecting each piece Spider Man promotional material to spot that kind of thing, but Maguire’s head is quite recognizable in the picture.

It’s getting harder to avoid Marvel movie spoilers, so take everything you hear, see and read around No way home with a grain of salt.

But you can not even avoid spoilers from the official studios! What a time for Marvel fans.

More about Spider-Man: No Way Home

Tobey Maguire and Andrew Garfield have to show up No way home. Seeing the two characters join the Marvel Cinematic Universe on the big screen will have a bigger impact on the Marvel Universe than Captain America: Civil War (2016), Avengers: Infinity War (2018), and Avengers: Endgame (2019).

Related: Chloe Zhao is officially NOT directing any ‘Star Wars’ movie fans are looking forward to

Any Marvel fan can watch Marvel’s New York explode with Multiverse and see great power from three Spider-Men on the big screen on December 17, 2021!

What do you think will happen in No way home? Tell us in the comments below!