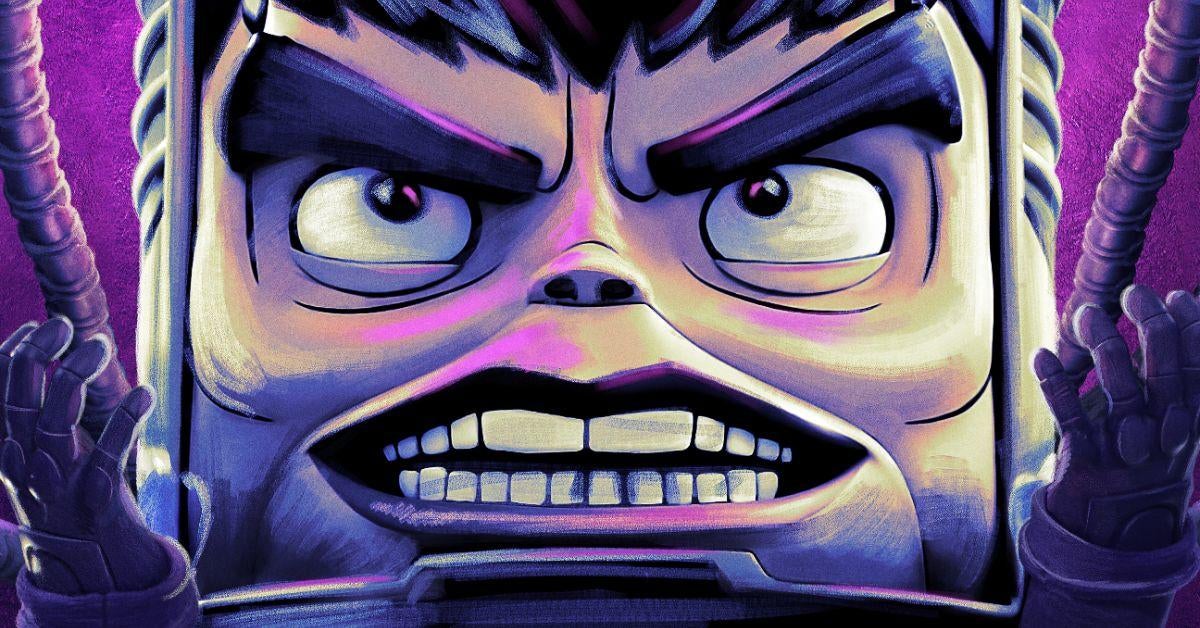 After only airing one season, Hulu has decided to cancel its stop-motion Marvel series MODOK. Voiced by Patton Oswalt, MODOK featured the Marvel villain that is typically leading the science organization AIM His initials stand for “Mental Organism Designed Only for Killing.” While on the surface that may lead someone to think a series based on the character would be on the series side, MODOK took a satirical look at the Marvel Universe. Its 10-episode first season debuted almost a year ago in May 2021 and came from the creative minds of Oswalt and Jordan Blum.

For those paying attention to Marvel television output, the cancellation of MODOK does not come as much of a surprise. Marvel Studios took control of producing series set in the Marvel Cinematic Universe, with Marvel Television being folded into the larger company. Plus, many of Hulu’s Marvel shows were scrapped before they aired or went into production, such as a live-action New Warriors and animated series for Howard the Duck spirit Tigra & Dazzler. MODOK spirit Hit-Monkey were the only two shows that continued on. The original plan was for all four animated series to lead to a Defenders-style crossover called The Offenders.

There were hints at MODOK’s fate back in January during Hulu’s TCA winter presentation. Hulu content boss Craig Erwich cast doubt on any future Marvel content arriving on the platform. The executive said the platform has no announcements to make regarding renewals for MODOK spirit Hit-Monkey. “Marvel and team will make the decisions for that franchise, and that brand,” Erwich told reporters on the call. Decider’s Alex Zalben said Erwich was quick to elude the question of whether or not projects would eventually land on the streamer.

Marvel Television was also developing a live-action corner of the MCU that would have been rooted in horror, which included Helstrom spirit Ghost Riderwith the former being canceled and the latter not making it out of the development stage.

For fans looking to get their Marvel fix on the small screen, Disney + has become the home of all its offerings. Marvel Studios has released five live-action series (WandaVision, The Falcon and the Winter Soldier, Loki, Hawkeyeand Moon Knight) and one animated series (What If …?), with plenty more coming down the line.

The MODOK synopsis reads: “The megalomaniacal supervillain MODOK (Patton Oswalt) has long pursued his dream of one day conquering the world. But after years of setbacks and failures fighting the Earth’s mightiest heroes, MODOK has run his evil organization AIM into the ground. Ousted as AIM’s leader, while also dealing with his crumbling marriage and family life, the Mental Organism Designed Only for Killing is set to confront his greatest challenge yet: a midlife crisis… THAT WILL SHAKE THE MARVEL UNIVERSE TO ITS CORE! “