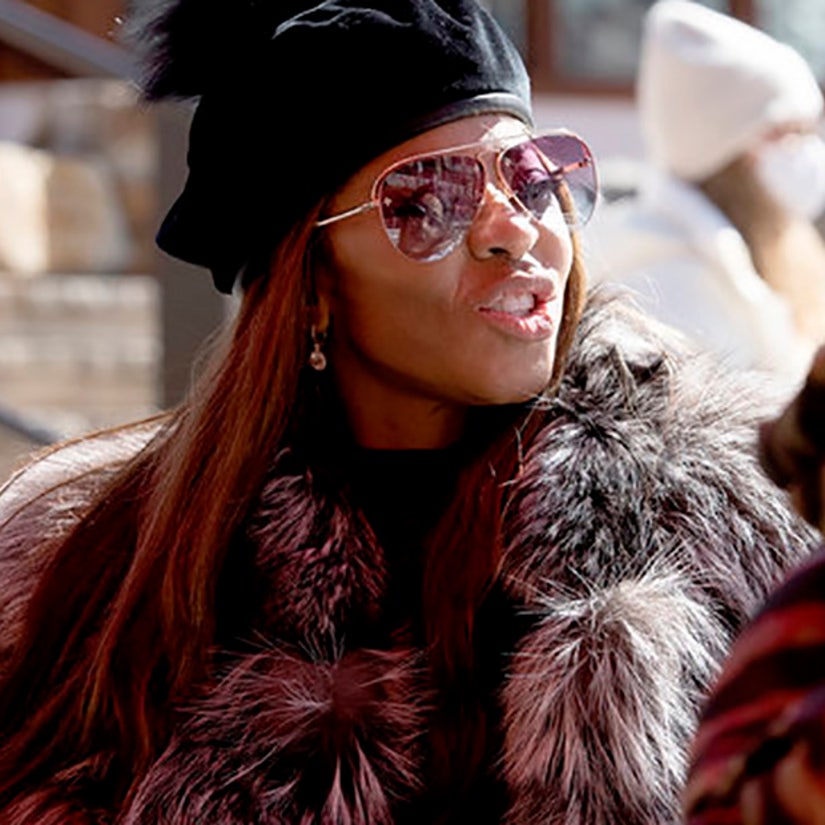 "I mean, how many titles did they put on me? I was a lot of things this season. I was everything. I mean, call me Batman."

As always after a new “Housewives” season on Bravo, Andy Cohen and the women in the cast for “The Real Housewives of Salt Lake City” came together to film the show’s reunion special. But a housewife was missing.

Mary Cosby was a big part of the series’ season 2 story lines, but she opted out of appearing in the reunion special. Now the reality star breaks his silence about that decision and it seems to be just what everyone assumed.

“The only thing I have to say about the reunion is that I did not go because it was one-sided,” Cosby said during a Twitter Spaces chat Tuesday. The conversation was also shared to the CrazyAboutBravo Instagram feed, as noted by People, bringing it to an even wider audience.

“Everyone heard one side of what they felt was – I mean, they told lies, one side of my story,” Cosby said. She went on to be a little more specific, saying she would not take on “a four-part reunion” to “talk about this guy who’s gone.”

This was probably a reference to Cameron Williams, another member of her church who died. Williams was also friends with cast Lisa Barlow, who claimed he “mortgaged his house” to donate $ 300,000 to Cosby’s church.

Nor has it been confirmed that it will not be a four-part reunion either. Even the interviewer had to jump in with a now-hold-up-a-minute shot to ask if it would really take that long.

Cosby’s response was that they put a whole lot on her. “I mean, how many titles did they put on me?” she asked. “I was a lot of stuff this season. I was everything, period. I mean, call me Batman.”

So if it is does not a reunion in four parts, Cosby can just argue that it ville would have been if she and all her “titles” had appeared. We think Batman would be more than deserving of an entire hour in itself.

Reunion is also not the first gathering with her teammates that she misses, but it may very well be her last.

A long-standing officially unofficial rule on the “Real Housewives” franchise is that if you skip the reunion, you are no longer part of the cast. Fans have already begun to wonder if that’s what will happen to Cosby, and ET suggests via an insider that she’s probably done.

Cosby has been at the center of a lot of controversy throughout the season. Not only has her church been interrogated and compared to a “cult,” but the reality star has made a few racist comments that have caused her to go into hot water.

Cosby first came up with problematic remarks about Jen Shah after her teammates compared accusations about her “cult-like” congregation to Jens’ scandal of money laundering and electronic fraud. “When I think of Jen, I look heartless, I see a bully,” Cosby said during the episode. “Like, you know, the Mexican people who make all those drugs. To give it to me ?!”

Cosby got into trouble again when the women all attended a luncheon to celebrate costar Jennie Nguyen’s Vietnamese heritage.

At one point, the women noticed how good Jennie looked as a blonde after trying on one of Meredith Marks’ wigs before lunch. “I bet you looked beautiful,” Mary said before adding, “You have yellow tones, though.”

After seeing a picture of her in the wig, she added, “Ooo nice, I like the slanted eyes. Love it.”

In a later episode, Cosby also mocked Jennie’s accent – something Meredith Marks told her to stop – before Mary later defended her eye comment to Jennie herself. “Really? I love slanted eyes. I don’t mean any harm by that,” she said, while Jennie explained why it was offensive.

“It’s a trait, and it’s a beauty in America,” Mary said before adding, “But cultures are different, and I respect that.” She then told Jennie that she “would never go that route” again and apologized for what she said.

She ended up on social media after both incidents, apologizing and insisting that her intentions were not racist. In her page-deleted Instagram post following the comment about Mexicans, she wrote: “I did not try to highlight Mexican culture. I am African American and I know racism first hand. I have lived it daily all my life.”

In response to her comments to and about Nguyen, she tweeted: “I did not come from a place where I was racist! I complimented! I am not racist by definition! Tired of people judging me as if you can!” Nguyen replied that people should be held accountable for their words, and she looked forward to the reunion – but then Cosby jumped out of it.

“The Real Housewives of Salt Lake City” is currently airing on Sundays at 21:00 ET on Bravo, with the currently unplanned reunion episode or episodes likely to follow shortly thereafter.