Ministers on Sunday supported a bill setting time limits for the post of prime minister that would prevent a prime minister from sitting for more than eight years.

The proposal must now pass three plenary sessions in the Knesset before it becomes law.

The proposed amendment to Israel’s semi-constitutional constitutions will force a prime minister to resign after eight consecutive years in power, requiring the formation of a new government, though not necessarily new elections.

During Sunday’s legislative committee meeting, an additional clause was approved as part of the bill that prevents a person from being prime minister, even though they have served two non-consecutive terms as prime minister, if no more than three years separate the terms.

If the distance between the appointments is more than three years, the eight-year counter is reset according to the proposed bill.

Justice Minister Gideon Sa’ar, the sponsor of the bill, praised the vote in a Facebook post: “Time limits (instead of an indefinite period) are an important principle in the notion that the government works for the welfare of citizens instead of by itself and its survival. “

The proposed bill would not be applied retroactively and would therefore not prevent opposition leader Benjamin Netanyahu from running for office again. Overall, Netanyahu has previously served as prime minister for 15 years, 12 of them in a row since 2009. He is currently on trial in three corruption cases, although he denies any wrongdoing. 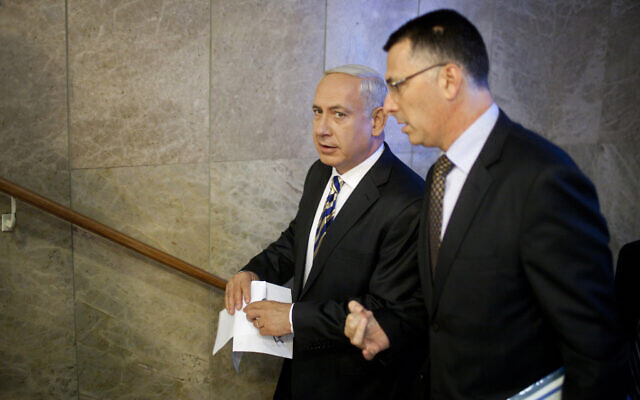 Netanyahu criticized the bill after its ministerial backing on Sunday. “Parliamentary democracies do not limit the term of office of prime ministers, but let the public choose in free elections who will continue to lead it,” his Likud party said in a statement.

“The attempt by those who do not pass the election threshold to restrict the public’s choice as to who should lead it is clearly anti-democratic,” the party added, referring to recent polls showing that elections were being held now, Sa’ar’s The New Hope party would get less than 3.5 percent of the vote and thus not enter the Knesset.

Setting time limits for the purpose of curtailing Netanyahu’s political career was a key element in the negotiations to form the current coalition government.

Sa’ar insists the bill is not personally aimed at Netanyahu, though he is also working on legislation that would exclude as a potential prime minister anyone charged with a crime that comes with a minimum sentence of three years and moral embarrassment. Earlier Sunday, ahead of the ministerial vote, Sa’ar said he was working to persuade Bennett to support such legislation.

Such a law would apply to Netanyahu and would keep him out of the prime minister’s seat. That proposal was reportedly supported by the parties Yesh Atid and Yisrael Beytenu together with Sa’ar’s party New Hope.

The proposed law will, if approved, come into force after the next election, when a new Knesset will be sworn in.

A separate bill limiting mayors’ terms will also be tabled later, Sa’ar tweeted on Thursday. It would also limit them to two terms, but allow a third term if they get more than 50% of the vote.

What is Hebrew for “hard”?

IN Streetwise Hebrew for Times of Israel Community, each month we learn several Hebrew phrases around a common theme. These are Hebrew sound teaching in bite size we think so you will really enjoy.

This month we are learning sentences on the subject strength and power. Ready to get tough with us?