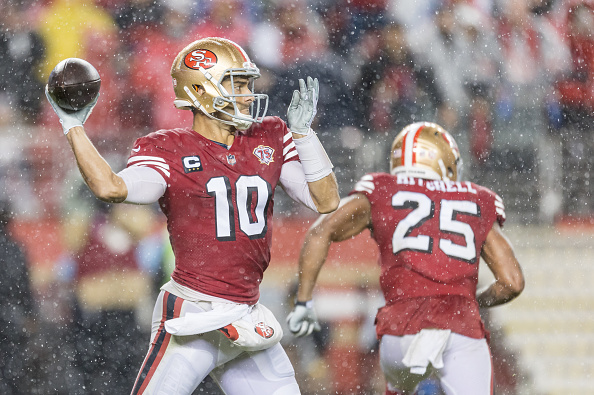 CHICAGO – There are always a couple of these every season when an opponent plays fantastic in the Chicago area returning to meet the Bears.

That’s the case on Sunday as Jimmy Garoppolo leads the 49ers into Soldier Field in hopes of finishing a four-game losing streak that has derailed what looked like an encouraging 2-0 start.

But it also brings back a great moment for Arlington Heights native and former Rolling Meadows High School and Eastern Illinois star. It was four years ago that Garoppolo started his first start as a member of the 49ers on December 3, 2017 not long after his trade from the Patriots.

That day, the quarterback went 26-of-37 in 293 yards with an interception as former Bear Robbie Goulds late field goal gave the 49ers a 15-14 victory. It would be the start of something of a journey on the west coast from the natives of the northwest suburbs that would unfold over the next four years.

Garoppolo tore his ACL to pieces in early 2018, but returned in 2019 to help San Francisco to the NFC Championship and lost a close battle with the Chiefs in Super Bowl LIV. But an ankle injury would limit him to six games in 2020, and out of season the team hit Trey Lance in the first round with the thought that he would become Garoppolo’s successor.

It’s been quite a journey for the quarterback for the past four years, and Larry Hawley highlighted it in this week’s “Monster’s Mash” notebook on “The 9-Yard Line” on WGN News Now. Watch that section in the video above.