A few shovels, a stain of dirt, preferably in a rock-free zone, and some tiny seedlings are what you can expect from an Arbor Day ceremony.

But Morton Arboretum in Lisle has higher expectations.

To mark the 150th anniversary of Arbor Day – and its own hundredth anniversary in 2022 – the arboretum will begin a tree-planting trip across seven counties in April.

“What better way for us to celebrate our huge 100th anniversary milestone birthday than a large local tree plantation,” said Murphy Westwood, the arboretum’s vice president of science and conservation.

The arboretum aims to plant more than 1,000 trees in the Cook, DuPage, Kane, Kendall, Lake, McHenry and Will counties to improve an urban forest threatened by climate change and invasive species. Susan Fortner came out the front door of her home in Elgin on December 31 to find over 50 benevolent people gathered to help her celebrate her 88th birthday. It was organized by friend and former EHS teacher Melisa Creighton, left.
– Rick West | Staff photographer

Susan Fortner of Elgin often jokes with friends that the whole world is celebrating her birthday on December 31st.

It may not have been the world, but you would not have known it by her reaction to the crowd that secretly gathered Friday on her lawn to wish the beloved former Elgin High School secretary a happy 88th birthday.

“I’m overwhelmed,” Fortner said. “There are no real words I can say. I just love all the people here and I can tell you a story about them all.”

The surprise was organized by friend and former EHS teacher Melisa Creighton.

“She was the heartbeat of Elgin High School,” Creighton said. “She always had a smile for every teacher, for every parent, for every visitor to the school.

“You always left her desk and felt better.”

Fortner was secretary of five principals for 37 years before retiring in 2017. She was the 2013 winner of the Kane County Regional Office of Education Award “Support Staff of the Year.”

Friends, strangers step in to bake Christmas cookies for grandma who could not

It was five days before Christmas, and Neil Hemmer’s family faced a holiday challenge: For the first time in Hemmer’s memory, there would be no Christmas cookies from his grandmother.

Hemmer said his 82-year-old grandmother baked 300 or more treats each year to “make our Christmas season feel magical,” until recent health problems made it impossible.

“It’s one of her favorite traditions,” he said. “I can not remember a single Christmas without Grandma’s Christmas cookies.”

Hemmer, 27, went to the Facebook group Everything Arlington Heights to find out where he could buy holiday cakes.

Instead of the baking suggestions he expected, Hemmer received sweet responses from friends and strangers who wanted to share their homemade treats with his grandmother.

Lori Henkels was the first of eight bakers to volunteer and offered to make a tray for her grandmother from the more than 250 cookies she baked using her mother’s precious recipes.

“This woman reached out and started an avalanche of goodwill,” Hemmer said. “As a family, we could not be more grateful.”

He spent four hours collecting dozens of cookies donated by eight people. Two, including Henkel’s, he knew from childhood. The others were strangers. 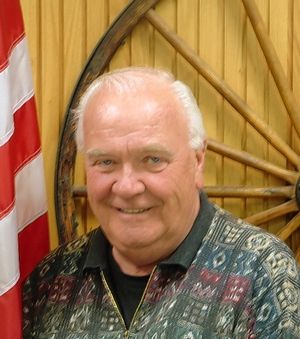 Mike Moran of Wheeling has been honored with the village’s George Hieber Citizenship Award.

A longtime member of Wheeling’s Fire and Police Board, he is the latest recipient of the village’s George Hieber Citizenship Award.

Mike Moran has been on the panel since 2000. It oversees the hiring of Wheeling Police officers and firefighters.

Moran has also supported a camp for children and teens who survived severe burns, by leading fundraisers to the effort run by the Illinois Fire Safety Alliance.

“Mike Moran consistently shows an admirable concern for the welfare of others and shows a commitment to making Wheeling a better, safer and friendlier place to live,” reads the official resolution in honor of Moran.

Moran was announced as the 2022 award winner during Monday’s village board meeting.

• Good News Sunday takes place every weekend. Please visit dailyherald.com/newsletters to sign up for our great newsletter on Sunday.