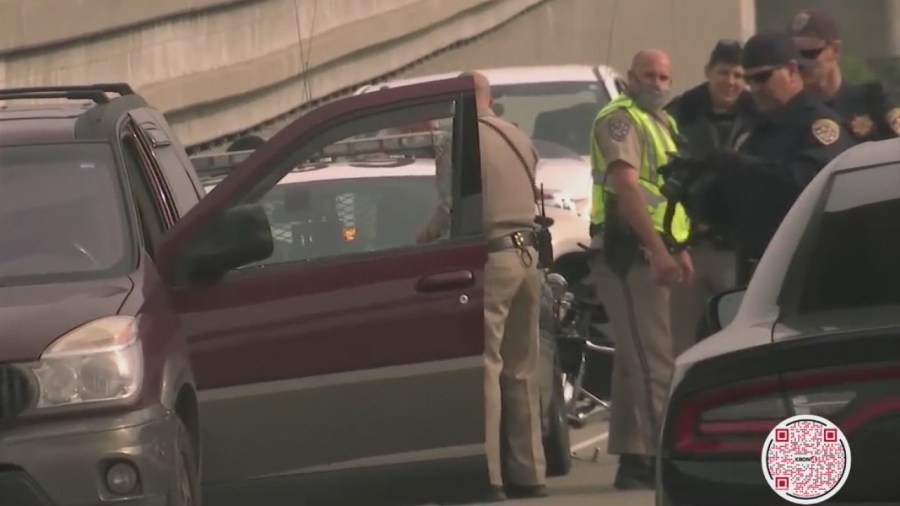 OAKLAND, California (CROWN) – The Alameda County Coroner identified the woman who was killed in a shooting during the morning commute on Interstate-80 near Bay Bridge on Thursday.

Officials identified her as 29-year-old Amani Morris of Union City.

KRON4 spoke to a close friend of Morris, who says she was a devoted mother to her two children.

CHP investigators say Morris was sitting in the passenger seat of this vehicle when she was hit by a bullet fired by an unidentified suspect traveling in another vehicle.

“Well, the only thing I have to say is that she was like a daughter to me. She has a child with my husband’s son,” Ladonna Hegler said.

Hegler says she and her husband do not know the man who drove the vehicle with Morris and her two children on the day of the shooting. The man and both children were not injured.

‘I had just talked to her the day before. She was working so she could not talk for long. So she said she would call me back and she never got the chance to call back. That’s not true, Hegler said.

CHP investigators have not released a motive for the shooting, nor have investigators described any suspects or a description of the shooter’s vehicle.

Anyone with information please contact the California Highway Patrol.