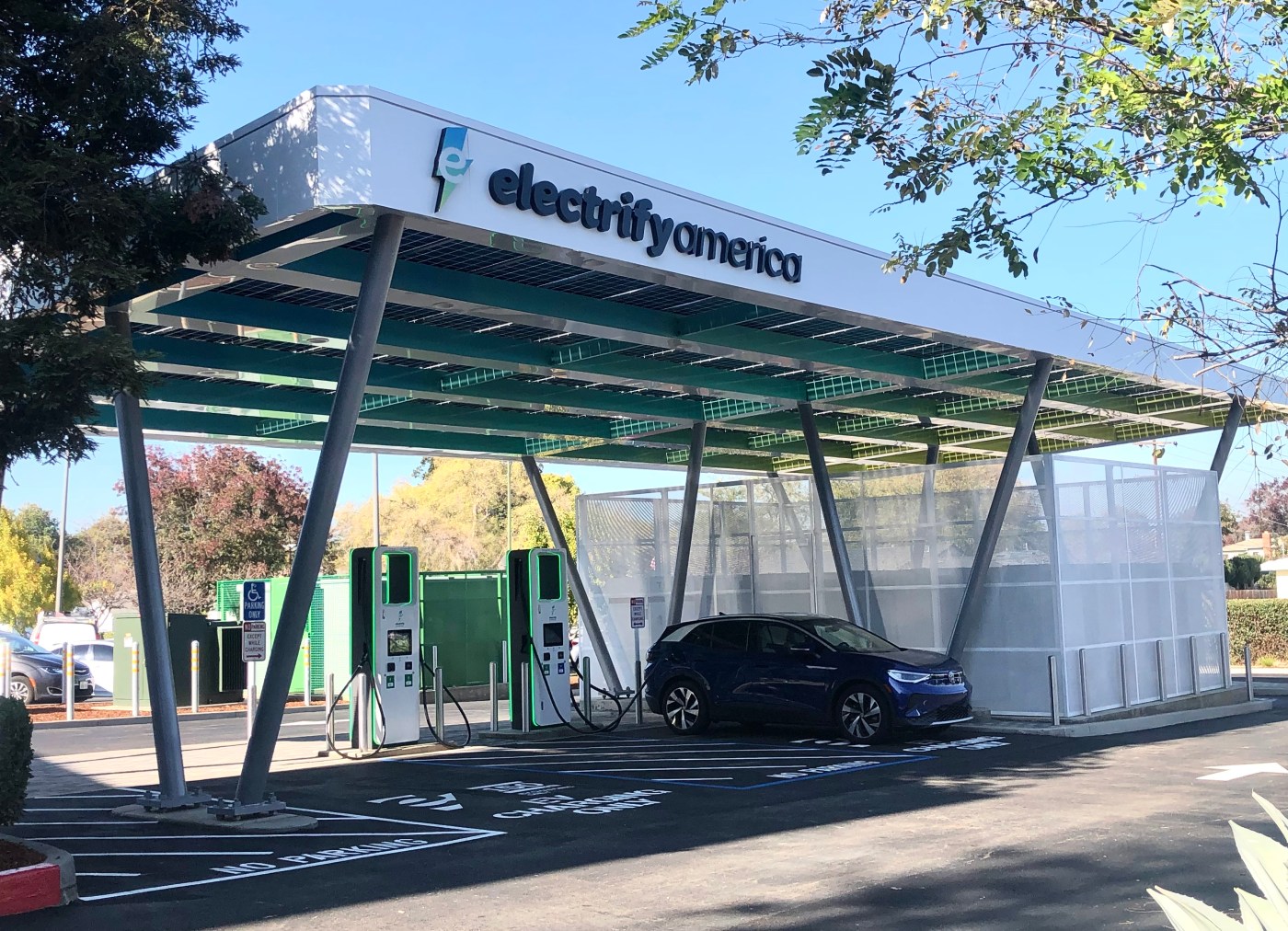 You can already buy a Tiffany bracelet, have a delicious meal at Din Tai Fung or shop for Apple’s latest at the Westfield Valley Fair. Now you can also charge your electric vehicle in record time while shopping.

Electrify America opened its 200th ultra-fast charging station in Silicon Valley Mall last week, with 14 chargers under solar panels in the northern parking lot along Forest Avenue. The Virginia-based company has been working on Westfield properties with plans to build stations at 17 of the mall giant’s locations. The “first charge” event on November 10 included the Westfield Valley Fair’s Volkswagen ID4 safety vehicle, the Swedish EV Polestar and the luxury brand Lucid, both of which have showrooms inside the Valley Fair. The new Electrify America chargers join 44 ChargePoint stations located in Valley Fair’s garages.

One benefit of using the Electrify America chargers seems to be that drivers who receive a charge can also have food delivered to their vehicle from select Valley Fair restaurants. What is it like for a futuristic setback to the old car hop drive-ins?

THE COMEDIAN’S TAKE ON SAN JOSE: Comic book Bill Burr was in San Jose earlier in November for a set of shows at the Center for the Performing Arts. On “Bill Burr’s Monday Morning Podcast” last week, he recounted some of his adventures in South Bay, including going to a 49ers game at Levi’s Stadium and hanging out at Santana Row (and shopping at the not-so-nice CVS) pharmacy across the street).

He also got into the story behind Winchester Mystery House, but did not get a visit because he was going to Levi’s Stadium. However, he suggested people visit when in San Jose and defended the $ 41 admission. “If you look at how big (bleeding) the place is, I’m sure the maintenance, just vacuuming it together, must be crazy,” he said.

Maybe Garth Brooks can get Winchester Mystery House on his itinerary when he’s out here in December.

POETIC PARTY IN MACLA: Los Delicados, a Latino-spoken-word troupe that started in the San Francisco Mission District in 1996, will hold a 25th anniversary party on Nov. 20 at the MACLA in downtown San Jose.