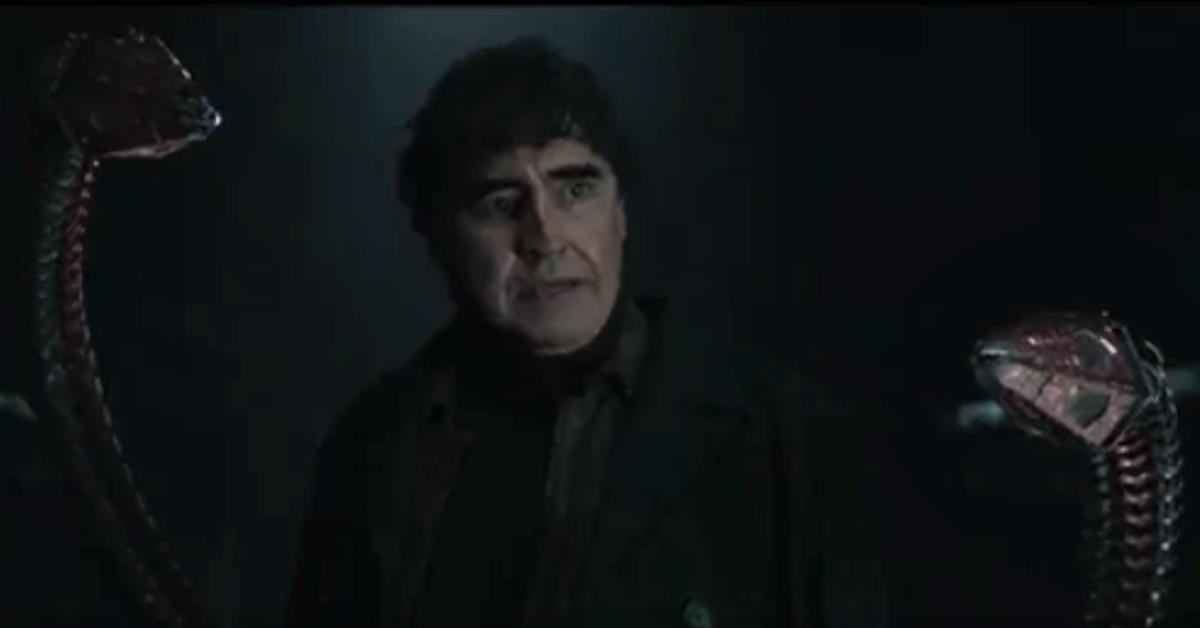 As you can see, this new Spider-Man: No Way Home TV spot reveals more of the … complicated role Otto Octavius ​​plays in the story. Doc Ock apparently appears in MCU as a villain (from the moment he died in Spider-Man 2), but becomes what appears to be something of an ally to Doctor Strange (Benedict Cumberbatch), Peter Parker (Holland) and his friends (Zendaya, Jacob Batalon). In this scene in the TV spot, Octavius ​​Strange helps illustrate to Peter Parker that he is actually a crossover from another reality in the multiverse. When Otto confirms that he knows Spider-Man / Peter Parker – and it’s not Holland – we can deduce that the Spider-Man he knows is Tobey Maguire’s Peter Parker from the Raimi movies.

Until now, Spider-Man: No Way Home has refused to disclose or confirm the long-standing rumors that Tobey Maguire’s Spider-Man is one of the big surprise cameos waiting for Spider-Man: No Way Home. Still, with each new piece of marketing or merchandise, fans are picking more and more clues that point to Maguire definitely having a presence in the film – perhaps a much larger presence than some fans might expect.

Less certain is the coming of Amazing Spider-Man franchise star Andrew Garfield, who has been very vocal in his (repeated) denials that he is dressing like Spidey again:

“Listen, I’m not in the movie. I love Spider-Man, I always did, I was so happy to have played the role. I’m so excited to see what they do with the third,” he said. Garfield The show TODAY. “Like you are, to be honest. That’s not the diplomatic answer, I really mean it.”

“I love Tom Holland, I love [director] Jon Watts, I love [producers] Amy Pascal and Kevin Feige, and what they’ve done with those movies and that character, “he continued.” That’s an important character to me. So I’m just really excited to see what happens in the third one that you are. ”