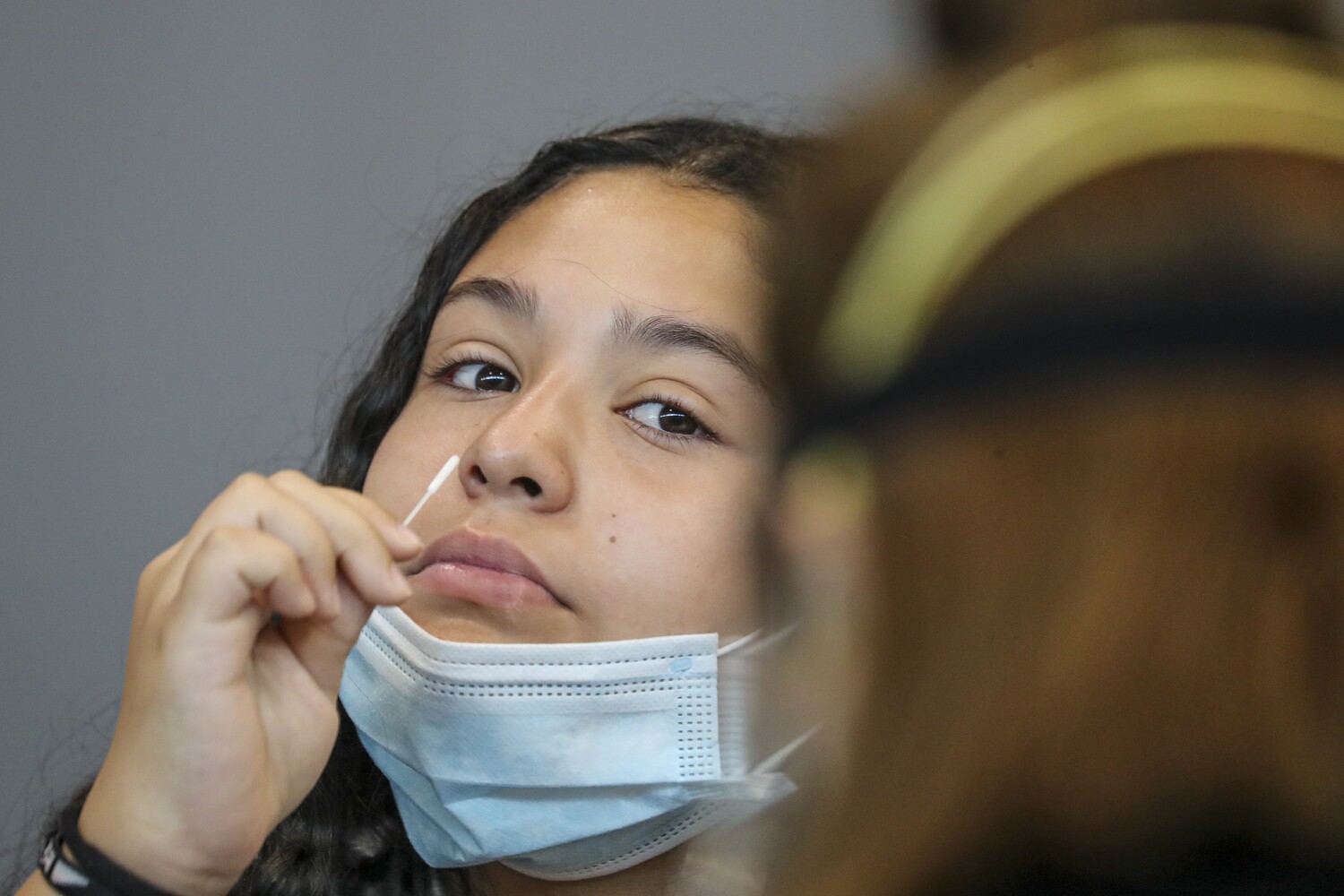 Governor Gavin Newsom promised that schools would receive COVID-19 tests at home in time so students can safely return to campuses after the winter break, as health officials warned of an increase in cases during the holidays.

But when many school districts resumed teaching on Monday, they did so without receiving a single test from the state.

It is unclear how long it will take for these tests to be directed to get to families.

Delivery of test supplies did not arrive in time for dozens of schools, including those in Long Beach, Rocklin, Sacramento, Burbank, San Leandro and Carlsbad, which were among those resuming personal tuition on Monday or resuming Tuesday.

Tanya Schwarz, a Long Beach Unified parent, tried to acquire her own test before sending her daughter to school on Monday, saying she worries schools will close campuses because they are not ready for the Omicron- outbreak without proper testing.

A spokesman confirmed Monday that the district had not received any tests.

“I just feel completely let down by our local, state and federal leaders. It feels like they have not had foresight even though the researchers rang the alarm about Omicron many weeks ago,” Schwarz said.

Newsom promised last month to buy 6 million tests to hand out before districts resume teaching as part of an effort to ensure schools are able to stay open as home tests are hard to find and infection rates rise. His plan called for one or two quick home tests to be made available to all public school students in kindergarten through 12th grade before returning from winter vacation. The cost of the tests was not immediately available.

“I do not want to see our schools shut down,” Newsom told a news conference on Dec. 22 as he issued the statement.

The governor said families would “get these results back quickly” to “ensure, when they return in person, that they do so safely, knowing that they have not contracted the disease during the holidays.”

The state Department of Public Health said shipping delays due to storms across the country over the past two weeks led to fewer tests being delivered to California.

At least 20 counties had not received any tests Monday night, according to the California County Superintendents Educational Services Assn.

“I would say this has been quite challenging to navigate as almost all schools were laid off for the break when they decided to roll this out,” CCSEA spokeswoman Kindra Britt said. “Those who have received them have worked very hard with their teams to distribute as quickly as possible upon delivery, and before the students return. Most have not received their test yet, without any confirmed delivery date. Either way, many have students who started returning today, so the message about how important it was to do before they came back is not relevant. “

When the tests did not arrive in many districts over the weekend, school officials began sending emails to families.

“You may have heard that California this holiday season encourages families to access COVID-19 tests for their children before returning to school after the winter break. Unfortunately, there are no tests available for the district to distribute to families.” said Carlsbad Unified in a message to parents, adding that the state could not tell the district when a shipment of the promised tests would arrive.

The Los Angeles Unified School District announced Monday that students and staff will be required to take a COVID test before returning to campus when classes resume next week. The nation’s second largest school district will have district test sites open Saturday, though students may also have results from other locations or home tests.

Quick tests at home have been in short supply for weeks as holidaymakers tried to secure trips with prior screenings. The shortage prompted the Biden administration to announce its own plans to buy 500 million rapid home tests to be sent free of charge to Americans who requested them, from January.

“It’s a good idea to test students before they go back,” said Dr. Monica Gandhi, Infectious Diseases Expert and Professor of Medicine at UC San Francisco. “The problem is that we are asking people to test without giving them the opportunity to do so. It is the failure of our government, not only the Newsom but also the Biden administration. We do not have the availability.”

Gandhi said, however, that widespread testing for students returning to school is not as critical now as it could have been in the past, especially when vaccines are readily available to school-age children, masks are worn inside, those with COVID-19 symptoms are required to stay at home and the Omicron variant seems milder.

“There’s nothing more clear and that is that school is crucial,” Gandhi said.

Burbank Unified school board members considered stopping Monday’s return from the winter break for next week in light of Omicron’s concerns, but eventually resumed the hour ahead of schedule in light of parents’ concerns about a return to online learning.

School board member Steve Ferguson said resuming classes on Monday was the wrong thing to do, but that he felt his hands were tied.

“There’s no time left and we’re kind of forced to say that this is what’s working … it’s a controversial point and there’s nothing we can implement at this point,” he said. at Sunday’s board meeting.

In early December, the Newsom administration sent an additional 2 million home tests to 3,000 schools across the state, allowing those schools to send the tests home with students before the winter break.

“Keeping the school open is the big goal that people try to keep in mind while keeping children and staff safe,” said Dave Gordon, superintendent of the Sacramento County Office of Education.

Gordon said his office, which oversees 13 school districts, has received most of the 215,000 tests promised by the state, but was still working on Monday to deliver them this week.

“We can start pushing some of the ones we’ve got so far, and districts need to push them out to families,” Gordon said.

However, the tests will arrive on most campuses after students return this week, he said.