No, Ahmaud Arbery's father did not say "All life matters" | MCU Times Skip to content 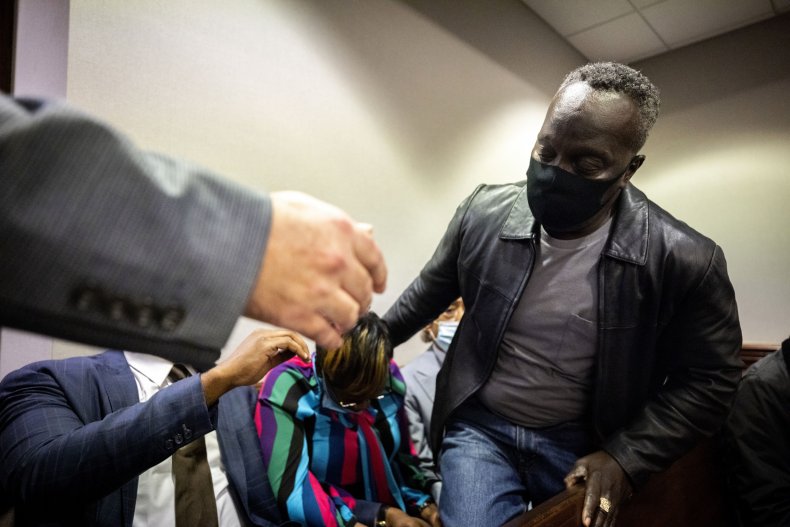 Outside a Georgia courthouse, Ahmaud Arbery’s father spoke to the press on Wednesday after three men were convicted of murdering his son.

Some businesses and journalists have misquoted Marcus Arbery Sr., but suggest he used a controversial slogan associated with criticism of the Black Lives Matter movement.

What he was actually saying was “al life matter” when he talked about not wanting another family to lose a child that he had lost his son.

“We captured that lynch mob,” he said outside the Glynn County Courthouse. “We have that lynch mob … to tell you that the life of the black child does not matter.

Black Lives Matter also celebrated the verdicts. “GUILTY! We uplift the spirit of #AhmaudArbery and send love to his family,” the organization wrote on Twitter.

“Deep appreciation to all who organized, protested, ran, posted and prayed. Every effort heralded as much justice as could be achieved. May this victory inspire the continued struggle for black freedom.”

Ahmaud Arbery’s name became a cry during the racial justice protests that erupted after the murder of George Floyd, a black man, by a white police officer in May 2020.

Arbery’s death in February 2020 had initially attracted limited attention, but video of the fatal shooting posted online sparked an outcry.

On Wednesday, after about 10 hours of deliberation, a predominantly white jury convicted Greg McMichael, his son Travis McMichael and their neighbor William “Roddie” Bryan of the murder at Arbery. All three risk a mandatory sentence of life in prison.

McMichaels had seized weapons and jumped into a pickup truck to pursue the 25-year-old after seeing him run in their neighborhood outside Brunswick.

Federal authorities have also charged the men with hate crimes alleging that they hunted and killed Arbery because he was black. That case is due in court in February.