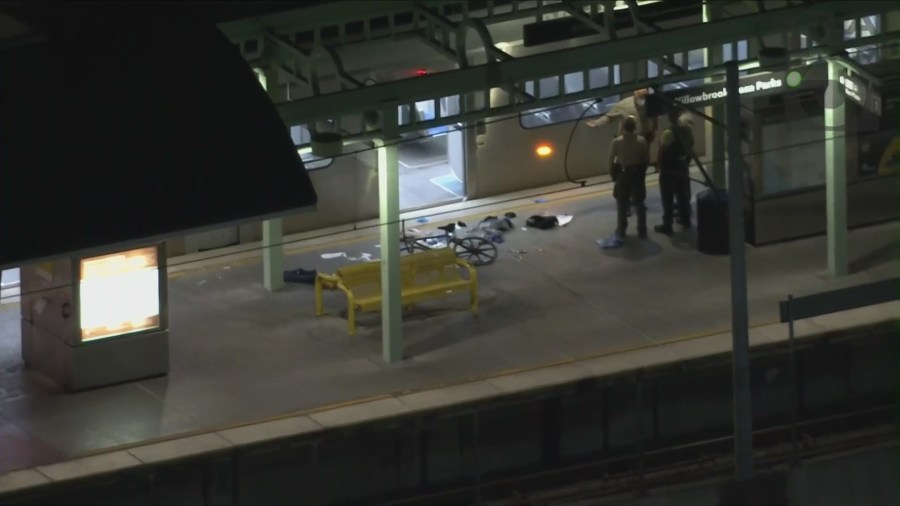 Authorities continue to search for suspects in a shooting that left four people injured at Rosa Parks Subway Station in Willowbrook on Friday night, officials said.

The call for a shooting at the C Line station came in at. 19:41, said spokesman for the Transit Bureau of the Los Angeles Sheriff’s Department Transit Bureau, Ramone Montenegro.

Deputies regularly patrol the station so they were on site within seconds, Montenegro added.

The Los Angeles County Fire Department responded to the station at 19:45, where they found four patients in total, according to Michael Pittman, spokesman for the fire department.

Three patients were critically injured while one had minor injuries, Pittman said.

On Saturday afternoon, three of the patients are in critical but stable condition, Metro and LASD state in a joint statement.

The investigation is ongoing and the sheriff’s deputies continue to interview witnesses and review surveillance video.

One question that remains is whether the shooting was in the train or at the station when the train was on the platform when deputies arrived, Montenegro said.

Police believe there were two or three people involved in the shooting, although Montenegro had no information to release about potential shooters or victims.

No arrests have been made on Saturday afternoon, but Metro and LASD urged the shooters to surrender.

“This appears to be an isolated incident,” it said in the statement. “Metro is working in collaboration with LASD to investigate this serious crime on the Metro System. LASD has deployed specialized units to assist in the criminal investigation in hopes of quickly identifying and arresting the suspects. ”

Officials also asked any potential witnesses to report what they had seen, either by calling 888-950-SAFE (7233) or anonymously using the Transit Watch smartphone app.

Metro Service continued to experience some delays through Saturday morning as a result of the incident.