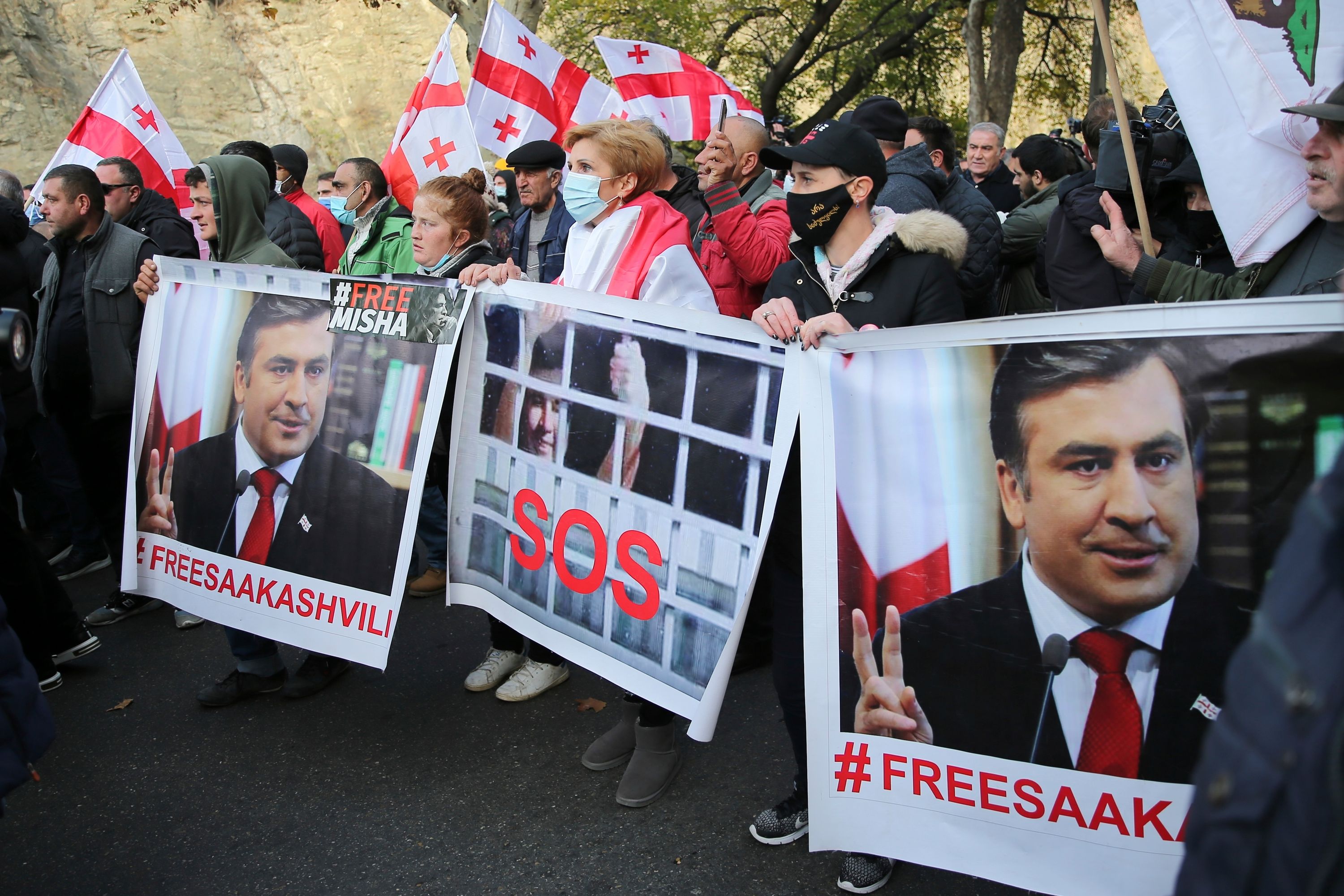 I’m writing from Prison No. 18 in Tbilisi, Georgia – the country where I once served as president. I returned to Georgia in October after several years in exile and was arrested on charges that I believe are politically motivated. For almost exactly 50 days, I maintained a hunger strike and protested my own arrest as well as the Georgian government’s wider efforts to undermine democracy. In the last few years, the ruling Georgian dream party has consolidated control of the judiciary and many state and non-state media, allowed corruption to soar, manipulated elections and pushed the country in closer alignment with Putin’s Russia.

During my presidency, then-Vice President Joe Biden visited Georgia to pledge US support after Russia invaded and partially occupied the country. “We, the United States, stand by you on your journey to a secure, free, democratic and reunited Georgia,” Biden promised. He called on my administration to ensure a “transparent, accountable and fully participatory” democracy.

Today, I urge his administration to do its part to support our young democracy, which is in grave danger. Given Biden’s goal of advancing the cause of democracy rather than autocracy, I hope to see him hold the Georgian government accountable for undermining the freedoms we have worked so hard to achieve.

I became President of Georgia in 2004, when the peaceful “Rose Revolution” called for democratic reforms, the eradication of corruption and integration into the Euro-Atlantic family. The irony of fate would have it that my party – partly because of our democratizing efforts – lost a free and fair election in 2012. We peacefully ceded power to the coalition led by the Georgian Dream Party, led by Bidzina Ivanishvili. Senator Jeanne Shaheen remembered my admission in her speech after the American Capitol uprising on January 6, 2021, in which it declared that peaceful transfers of power can never be taken for granted.

After coming to power through democratic processes, Ivanishvili’s government quickly became anti-democratic. Today, Georgian state institutions, including the judiciary, law enforcement, and state security services, serve almost exclusively the interests of a small clan affiliated with the ruling party, at the expense of the rule of law. The Organization for Security and Co-operation in Europe has raised concerns about voter harassment and other undemocratic tactics in recent local elections. And in July violent anti-LGBT protesters targeted activists and journalists in Tbilisi, forcing a cancellation of a Pride march and ultimately resulting in the death of a cameraman. Activists accuse Georgian authorities are complicit in threats against journalists and the LGBT community.

Meanwhile, the government has de facto suspended any practical effort to move forward on the path to NATO membership – something the Georgian people have repeatedly stated that they favor. Instead, Georgia is flirting with a platform for “regional cooperation” with Iran and Russia, animated by the idea of ​​eradicating Western influence from the strategic South Caucasus region. This should worry the Biden administration: When he visited in 2009, Georgia was a trusted ally in a challenging region. Today, Georgian Dream seals the country’s fate as a Russian client state.

The Ivanishvili regime accused me in absentia many years ago of various abuses of power. I believe that these accusations are unfounded and a worrying example of the party’s attempts to silence the opposition. That’s why I returned to Georgia this fall after several years out of the country, aware that I would probably end up in jail. I hope to be able to draw attention to the worrying situation here, which thousands of Georgians were protesting in the streets after last month’s elections.

The Biden administration has stressed the importance of strengthening and defending democratic values, including the rule of law and freedom of expression. Now the Georgian people need the active backing of their democratic and pro-Western aspirations against the threat of authoritarianism. First and foremost, the United States should openly condemn the Georgian authorities for their efforts to undermine democracy. The US Congress should also consider imposing sanctions on human rights violators in Georgia under the Global Magnitsky Act. (On Friday, a group of European parliamentarians called on the EU to consider individual sanctions against those responsible for my “inhuman and degrading treatment” in prison). A visit by Foreign Minister Antony Blinken or another senior official would show US solidarity Finally, the Biden administration should reverse its decision to invite the Georgian government to its forthcoming Democracy Summit, an invitation that sends the wrong signal and risks legitimizing Georgian Dreams anti-democratic practices.

The United States has a long history of supporting democracy in Georgia against undemocratic elements at home and abroad. In light of today’s worrying erosion of freedom and growing Russian influence, I am hopeful – and confident – that the Biden administration will make it clear where it stands.