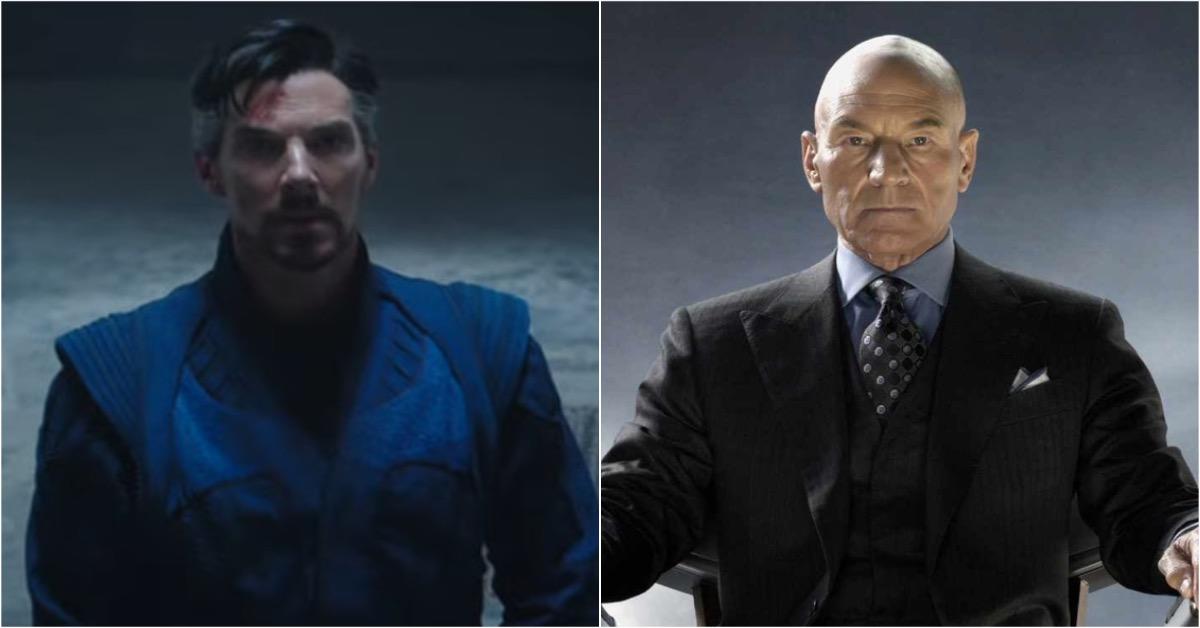 X-Men star Patrick Stewart answered a hypothetical “what if” – and seemingly confirmed his return as Professor X in Marvel’s Doctor Strange in the Multiverse of Madness. In a new trailer aired during the Super Bowl, it’s the familiar voice of Stewart’s Charles Xavier who appears to say before Doctor Strange (Benedict Cumberbatch), “We should tell him the truth.” Though unconfirmed by Stewart or Marvel Studios, fans quickly recognized the unseen Stewart – and a shadowy council comic book readers suspect will be revealed as the multiversal Illuminati of the Marvel Cinematic Universe.

“Professor X would be extraordinarily cautious and watchful, and perhaps feel a little insecure,” Stewart told Jake’s Takes of a potential meeting between the telepathic mutant and Cumberbatch’s sorcerer. “Because there is something that is potentially dangerous about this man. I think that would put Professor Xavier on guard.”

Asked to reveal his reaction to hearing a voice that may or may not be his during the Super Bowl broadcast, Stewart said, “I had my phone turned off as it happened, so I did not hear anything. It was not until the next morning when I woke up and looked at my phone and found that I had been bombarded with responses. My PR people had sent me reactions that they had detailed and passed onto me. “

“I actually did not recognize my own voice. It sounded different. Whether I had a cold or something at the time, I do not know,” Stewart said with a laugh. “I was astonished – and all they saw was the back of my shoulder and I think my earlobe, nothing else – that there would have been so many connections made. But it pleased me [to see the reactions]. ”