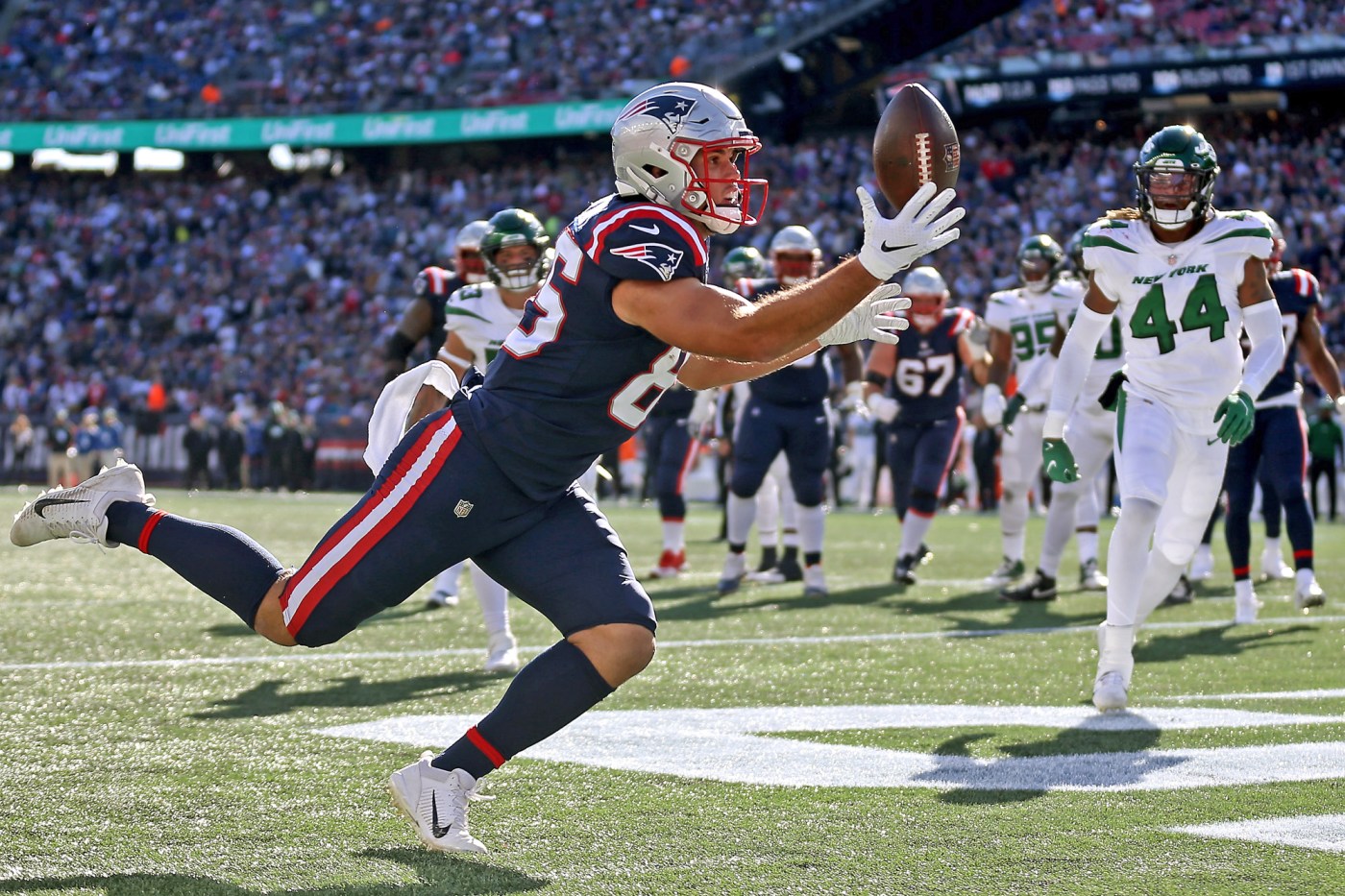 FOXBORO – OK. Maybe they were right.

After declaring themselves all week, they are not the 2-4 team the score shows them to be, the Patriots played as a Super Bowl nominee Sunday in the best showing of the time after Tom Brady.

The Pats obliterated the Jets 54-13 at Gillette Stadium, scoring more points than they had in eight years and their fourth-highest total in franchise history. The Pats topped their season high in scoring before halftime, calling for a 24-point lead at the break. Mac Jones took place midway through the fourth quarter after going 24-of-36 in 307 yards and two touchdowns.

Damien Harris crosses for 106 rushing yards and two own goals. Hunter Henry, Nelson Agholor and Brandon Bolden all caught touchdowns while 11 different Pats snatched a reception. Offensively, they finished with 551 yards, their fifth-highest ever in a game, regular season or playoff game.

Defensively, Jets quarterback Zach Wilson was knocked out with a knee injury in the second quarter. His replacement, Mike White, threw elections to Kyle Dugger and JC Jackson before the Jets lost a late fumble.

But the day belonged to the offense.

Pat’s offensive coordinator Josh McDaniels sent the Jets’ heads around from the start. He called play-action on more than 80% of passed games in the first quarter, half of which were screens. His master stroke was a 25-yard double pass from Jones to Kendrick Bourne to Agholor crossing over the finish line for his first touchdown since opening.

After a Jets three-and-out, the Harris Pats drifted back into the field for another touchdown. He scored from a yard away, two snaps after tearing a 32-yard draw right up the middle of the defense. Nick Folk added a 39-yard field goal early in the second quarter.

The Jets finally stopped the bleeding on their next possession, despite losing Wilson after a vicious hit from Patriots midfielder Matt Judon in midfield. Wilson had rifled a deep end zone throw to Keelan Cole broken up by Dugger’s defensive pass interference penalty. That flag dropped White on the goal line, and three games and a Jets penalty later, he made a brief touchdown pass to Corey Davis on the first try of his NFL career.

His lead trimmed to 17-7, Jones patiently steered the offensive back to the end zone, converting three third and long snaps along the way. His last was a short turn to the Ball in the left face, where the Ball started on a 15-yard catch-and-run that ended inside the left pylon. The Jets responded by flopping in midfield on the fourth-and-short of the Pats ’28, giving Jones momentum and the ball with less than two minutes left.

One week after Bill Belichick told him to kneel the clock in a similar situation, Jones directed a sharp 2-minute drill driven by short throws to the Ball and fourth and 1st completion to Jakobi Meyers. The highlight, however, belonged to Henry, who drew the drive with his fourth touchdown in as many games. Henry threw Jets safety Ashtyn Davis on a double move as Davis a small child who clung to an unwanted piggyback and secured a bobbling catch before tumbling out of the back of the end zone.

The Jets responded as quickly as possible, with Elijah Moore scoring on a 19-yard end round to open the second half. But their defense could not force a blow until after the People drilled a 50-yard field goal midway through the third quarter, the Patriots pressed two interceptions from White.

After Harris found pay dirt again, the Pats buried their longtime rivals with their second fourth-down stop of the day and two more touchdowns that distanced themselves from the soft, sloppy image that had defined them early in the season.