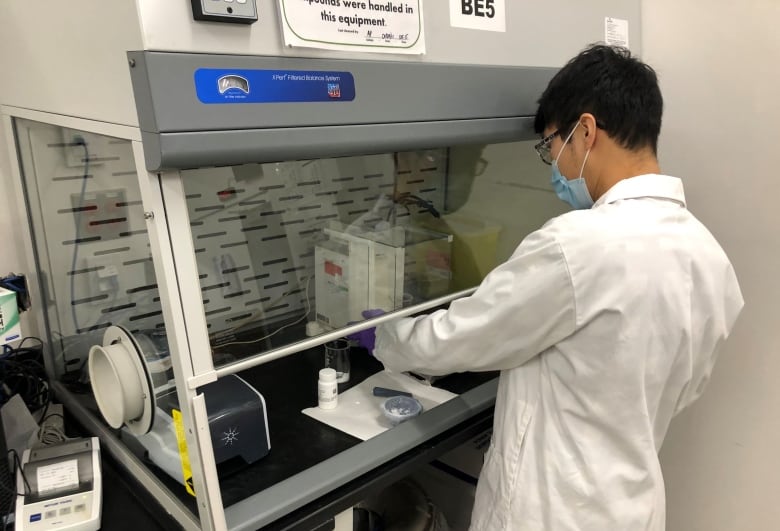 Charlottetown-based BioVectra, with assistance from the federal and provincial governments, is expanding to produce mRNA vaccines.

Federal Minister for Innovation, Science and Industry François-Philippe Champagne was in Charlottetown on Thursday morning to announce the announcement.

BioVectra receives $ 39.8 million from the federal government’s strategy for bioproduction and life sciences to help with enlargement. The province is adding another $ 10 million to the $ 79.6 million project.

BioVectra CEO Oliver Technow told CBC News that BioVectra with 50 years of experience is well positioned for this expansion.

“We are not new to the global bio-manufacturing scene, so it is a natural development for us to take greater responsibility for producing domestic vaccines,” Technow said.

The planned expansion could produce up to 160 million doses of an mRNA vaccine per year. It will create 125 new jobs at BioVectra, split between PEI and Nova Scotia, with most of these jobs in Charlottetown. The development and production of plasmid DNA, the key ingredient in the manufacture of mRNA therapy and vaccines, will take place at the company’s plant in Windsor, NS.

The expansion will include a new 30,000-square-foot building in Charlottetown. Construction begins in March and production is scheduled to begin about a year later. The Charlottetown facility will have the capacity to pack up to 70 million doses a year so they are ready for healthcare professionals. Any additional production will go to other facilities for final packaging.

“This will ensure that Canada is prepared for future pandemics and other health emergencies,” Champagne said.

“BioVectra’s plan to establish a state-of-the-art vaccine facility here on Prince Edward Island and upgrade their existing facilities in Nova Scotia is a key feature that supports our strategy to develop a strong, competitive domestic life sciences sector.”

Champagne announced in August that Canada had signed a memorandum of understanding with Moderna to build an mRNA plant in Canada within two years. It would be Modern’s first foreign operation. It was unclear from the press release whether the BioVectra announcement was associated with this MOU.

Without its own vaccine manufacturing plants, Canada has had to rely on foreign sources of vaccines during the COVID-19 pandemic. This meant that vaccines arrived in Canada a few weeks later than they did in countries with their own production capacity.

Not only is advertising a major development for Canada, it’s a big shift for BioVectra. At present, the company’s business is contract development and manufacturing, that is, as a supplier of synthetic small molecules and bioreagents to other pharmaceutical companies, not as a manufacturer of consumer-ready products itself.