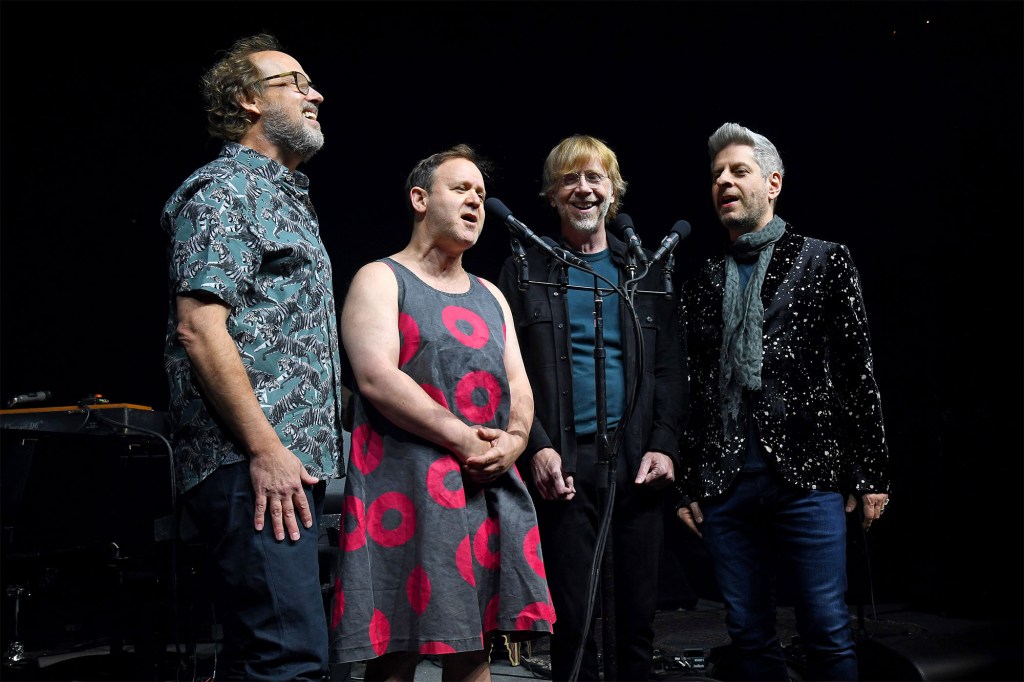 A man fell to his death after falling from a top level in the Chase Center during a Phish concert Sunday night.

The Jam band played its last of three shows in a row at the venue when officials were warned of a person in need of medical attention, possibly due to a fall around 6 p.m. 20:55 Sunday night, San Francisco police told KQED.

He was pronounced dead at the scene.

“Doctors arrived and immediately provided medical care, but despite the efforts of the emergency services, the victim succumbed to his injuries and was pronounced dead,” Officer Robert Rueca told the outlet in an email.

The exact cause of death is being investigated by the chief physician’s office, but no error is expected, police said.

The name of the dead man has not been released.

Less than an hour later at 9.45pm, officers responded to another report of a man who had fallen, injuring both himself and another man he landed on. Both were taken to hospital with non-life-threatening injuries, police told KQED.

“I think we are still in shock. It was pretty intense, ”Erika Munsch, who was four rows away from the victim, told the NBC Bay Area. “There was no movement. The fact that they did CPR so quickly was a sign that it just wasn’t good. ”

“I can’t get the picture out of my mind,” said the stunned Phish fan.

Police say the investigation and the causes of these falls have not been determined at this time.

The Chase Center issued a statement saying, “We express our deepest sympathy to the victim’s loved ones,” the Chase Center said, according to the NBC Bay Area. “We are working with local authorities to determine exactly what happened.”

The band has not yet given a statement on the incident.