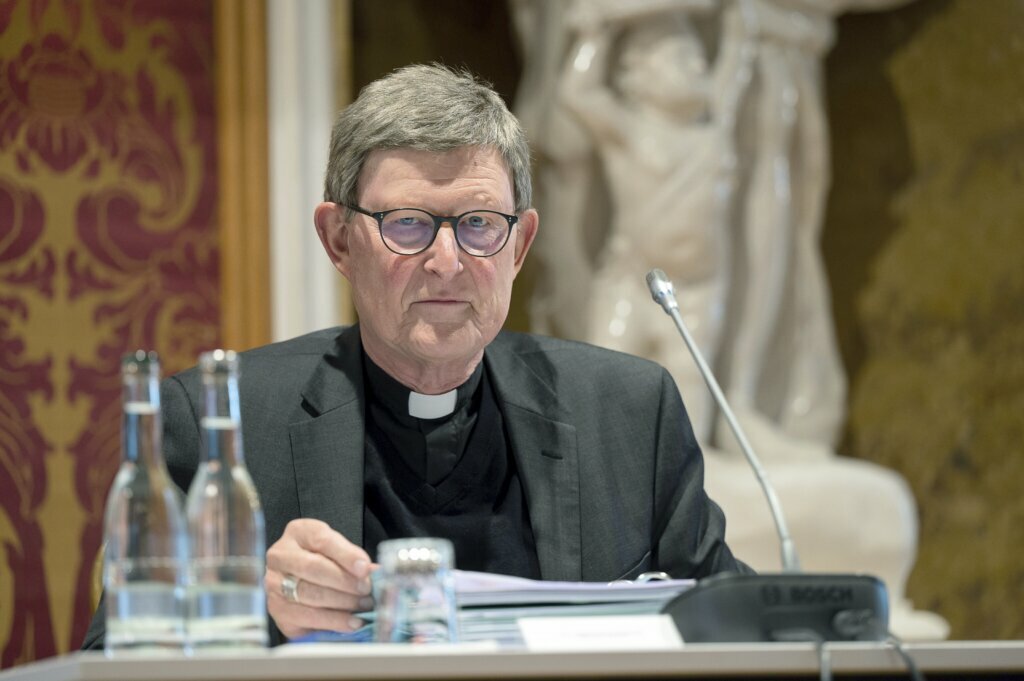 BERLIN (AP) – Pope Francis has decided to leave a prominent German archbishop who has faced criticism for his handling of the church’s scandal over sexual assault, but the clergyman has decided to take a break for several months, his archdiocese said Friday.

The Vatican said the pope “counts on” the Archbishop of Cologne, Cardinal Rainer Maria Woelki, the archdiocese said in a statement. It added, however, that Woelki asked for a “spiritual time-out” from mid-October to early March, and that the pope allowed it. The goal is “to be able to think and open spaces for confidence to grow again,” the statement added.

Woelki has become a deeply divisive figure in the German church.

A report commissioned by the archbishop and issued in March found 75 cases in which eight senior officials — including Woelki’s deceased predecessor — disregarded their duties to either follow up, report or sanction cases of alleged abuse of priests and lay people in the church, and failed to take care of the victims.

Hamburg Archbishop Stefan Hesse, a former senior official in Cologne, was found guilty of 11 counts of breach of duty. Hesse offered his resignation to Francis, who eventually rejected it last week.

The report absolved Woelki himself of any neglect of his legal duty with regard to victims of abuse. He subsequently said he made mistakes in previous cases involving allegations of sexual abuse, but made it clear he had no intention of resigning.

Woelki infuriated many local Catholics by referring to legal concerns about holding an initial report on how local church authorities reacted when pastors were accused of sexual abuse. He commissioned the new report — an 800-page study based on church files and compiled by a German law firm.

A couple of papal envoys were sent to Cologne in June to investigate possible mistakes made by senior officials in dealing with previous cases of sexual assault and the “complex pastoral situation” in the church there.

During Woelki’s absence, Auxiliary Bishop Rolf Steinhaeuser will run the archdiocese as an “apostolic administrator.”