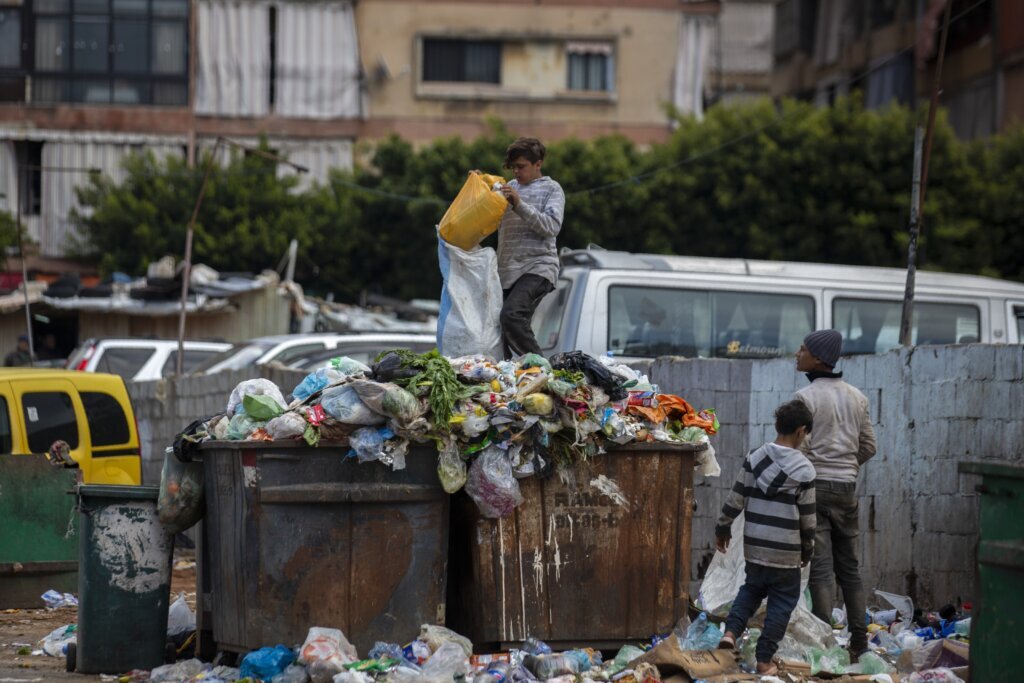 BEIRUT (AP) – A small group of protesters broke into a ministry building in Beirut early Friday, removing a picture of the president from one of its main rooms as the Lebanese pound hit new lows amid a worsening economic and political stalemate.

The nearly a dozen protesters who entered the Ministry of Social Affairs said that conditions in the crisis-stricken country have become unbearable as a result of the rapid economic collapse and the ongoing collapse of the pound, which reached 25,100 to the US dollar. The previous record was 25,000.

Prices have skyrocketed in recent weeks as the government has lifted subsidies for fuel and some medicines, making them out of reach of many in Lebanon. About three-quarters of the population of six million, including one million Syrian refugees, now live in poverty. The minimum monthly salary is now worth about $ 27.

Protesters have accused the Ministry of inertia of issuing ration cards that are supposed to provide poor families with monthly financial aid.

The protesters broke into the meeting room of the ministry and turned a framed picture of President Michel Aoun upside down before removing it. They replaced it with a banner in Arabic that read “Revolutionaries on October 17.”

The protesters referred to the start of nationwide protests on October 17, 2019 against the country’s ruling class. They are blamed for decades of corruption and mismanagement that plunged the small nation into its worst economic and financial crisis in its modern history.

“Those who plundered public money cannot carry out reforms,” ​​shouted one of the protesters before leaving the building after police intervention. “We’ve hit rock bottom. Things can’t get any worse.”

The crisis has been exacerbated by the coronavirus and the port blast on August 4, 2020, which killed 216, injured more than 6,000 and destroyed part of the capital.

The cabinet, formed in September after a 13-month vacuum, has not met for more than six weeks amid deep divisions between rival groups over the judge leading the investigation into the port explosion. Comments from a cabinet minister that sparked a diplomatic quarrel with oil-rich Gulf nations have heightened the bitterness.

In other parts of the country, protesters placed posters stating “the mafia destroying the Lebanese pound” outside some branches of local banks, the state-run National News Agency said.

In the last two years, local lenders have introduced informal capital controls that prevent many people from accessing their savings.