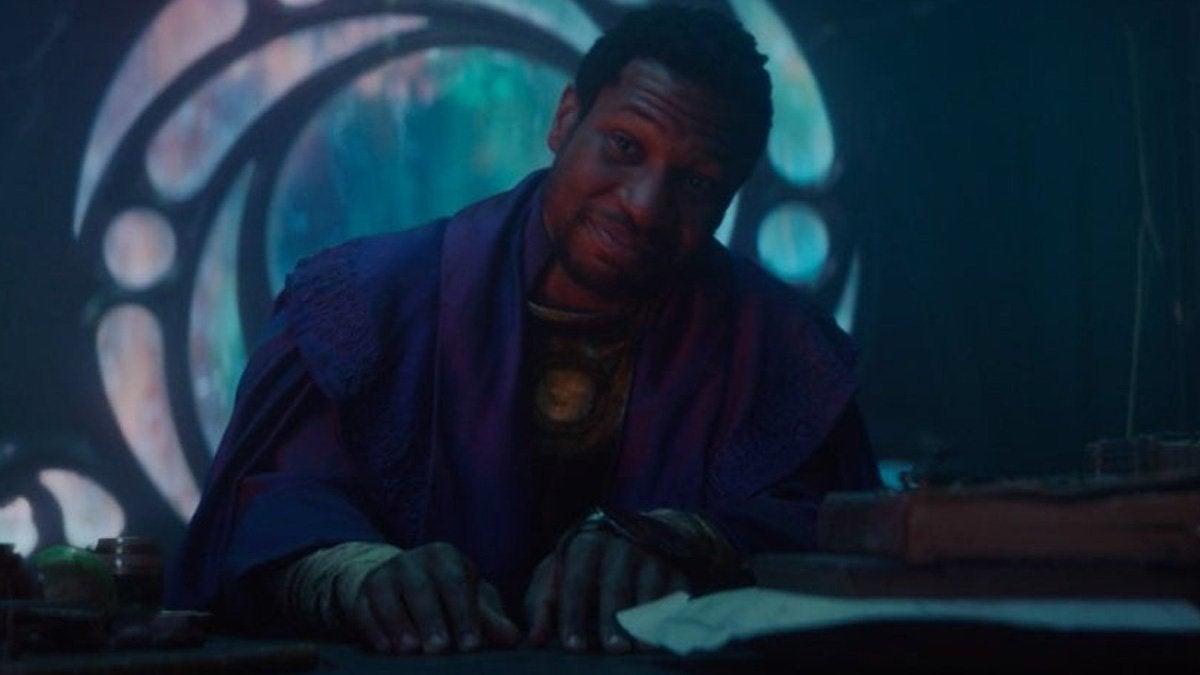 Ant-Man and The Wasp: Quantumania fans grumble positively about Kang The Counqueror’s proposed appearance in the film. A t-shirt with a picture of Paul Rudd’s Ant-Man helmet has been on social media. In that picture, people have focused on what looks like Kang’s movie appearance in the mirror. Now it’s undoubtedly true that Jonathan Majors has signed on to the film and we’ve seen him in Loki. But as for the blue-toned villain, the closest fans have come is the statue at the end of the Disney + series. This would indicate that a cartoon-exactly for Kang is on the table for Quantum mania. With all that fervor surrounding the Avengers villain, fans are wondering what other surprises are lurking in Scott Lang’s next adventure. Check out that shirt yourself.

The Kang actor spoke with Collider about what the future holds earlier this year. “I knew everything everyone else did, and in fact still do, where it’s like, ‘This is the role, and this is where we start,'” the Majors said of the established plan. “It’s so far we got, and it was enough for me to understand – to try to understand – who this character was.”

LARGE #MCU NEWS!!!
Looks like we got our first look at it #KangTheConqueror in #AntManandTheWaspQuantumania 👍👍👍👍 #Marvel pic.twitter.com/Mm3fY5oufh

“When I looked at the meaning of Kang in MCU, I accepted the role in the same way that I accept any other film that I do,” Majors added. “‘What is the character’s responsibility? Can the world move forward without them? Can the stage move forward without them?’ And if it can, then I’m okay, and if it can not, then it’s something I want to take on and take that responsibility. ”

Is this a good look for Kang? Tell us in the comments below!