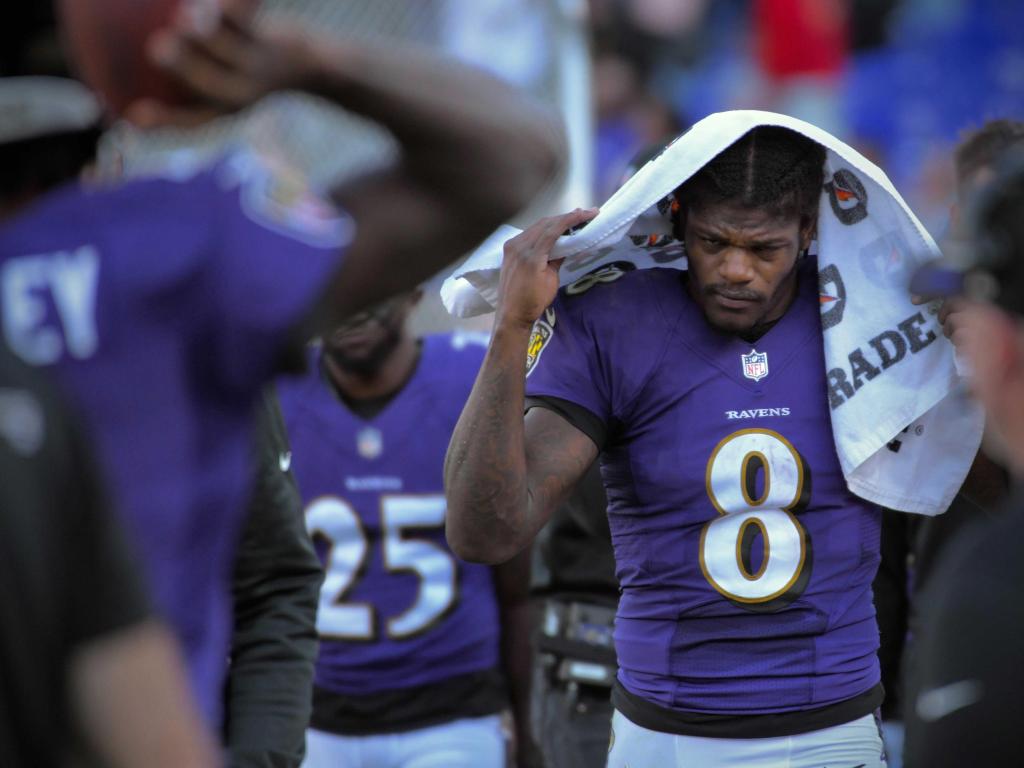 Ravens quarterback Lamar Jackson missed his second training session in a row Thursday as a disease unrelated to coronavirus continued to sideline the team’s main player.

Jackson, who was sent home from the team facility Wednesday morning, was able to return to training on Friday for the Ravens’ final training session on the field before Sunday’s game against the Chicago Bears. Offensive coordinator Greg Roman said before training on Thursday that Jackson was feeling better.

Jackson also missed the Ravens’ first two training sessions before their Week 4 trip to Denver. But he recovered from soreness in his back to fully participate in their Friday practice, then went 22-to-37 in 316 yards and a touchdown in the 23-7 victory over the Broncos.

Jackson also sat out a workout before Week 3 and Week 6 wins over the Detroit Lions and Los Angeles Chargers, respectively, while recovering from an illness.

Center Bradley Bozeman, who missed Wednesday’s training session with an illness before returning Thursday, said Jackson’s absence is not “such a big deal.”

“I know, Lamar, he does his things at home, he has to do,” he said. “He’s watching plays. He’s getting everything right at home. When he comes in again, he will not miss a step. I mean, he’s done it week in and week out. He kept building on it, kept going. to step up to the plate when he needs it. So I do not see that as a problem. ”

The Ravens were also without two of Jackson’s top goals in Thursday’s practice. Wide receiver Marquise “Hollywood” Brown (thigh) missed his second training session in a row, while novice wide receiver Rashod Bateman was absent with an illness.

Right tackle Patrick Mekari and running back Latavius ​​Murray both remain limited with ankle injuries. Tight end Nick Boyle (knee) was a full participant for the second day in a row.