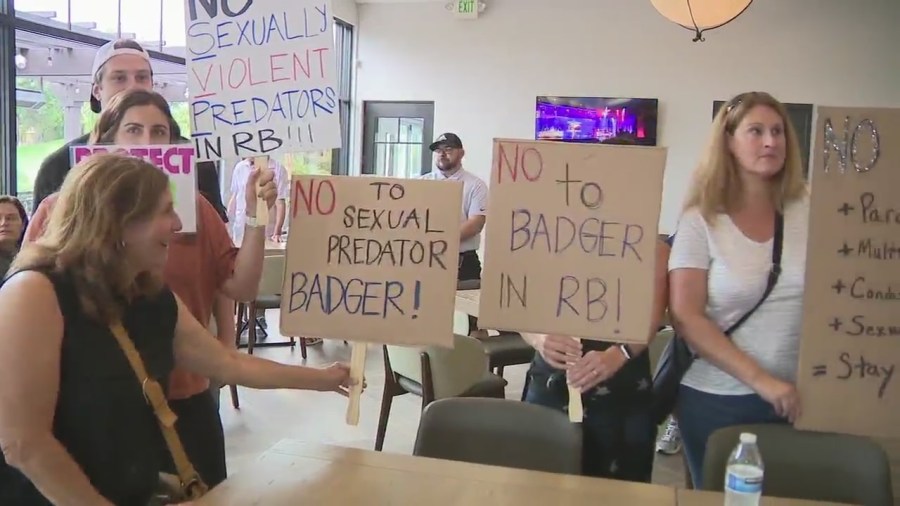 “Kids are running through these streets,” said resident Jeff Grace. “There are probably 200 children within 200 meters of this proposed place. It takes a bit of a village to raise the kids, we are all involved in each other’s kids. ”

Badger, 78, has been recommended for conditional release in a home in Frondoso Drive 17836. A court hearing on the benefits of the proposed location is set for Oct. 29, during which the public can weigh whether the location is appropriate.

Badger was convicted of offenses involving child abuse, kidnapping and forced oral copulation, in which his victims were mostly male strangers, many of them hitchhikers, according to the San Diego County District Attorney’s Office.

Grace and his family live just a few hundred yards from the proposed home to Badger. He is leading the protest against the idea.

“My son Jack cried the other day and said we should move,” he said.

He and hundreds of Rancho Bernardo residents work hand in hand with former San Diego Councilman Carl DeMaio and Mount Helix residents who successfully fought a proposal to place Badger in their neighborhood just months ago.

Mother, child dies in the fall from the dining area in Petco Park

“It did not go in our neighborhood, it went in your neighborhood,” said a resident of Mount Helix. “It does not work there, then they find another place and it keeps happening until we make enough trouble and get the state of California law changed to stop this.”

DeMaio added that there will be consequences if the issue is not resolved.

“If we do not solve the overall problem of politicians turning a blind eye to these dangerous sexual predators being placed in residential neighborhoods with children, then we will just continue to have neighborhood after neighborhood under attack,” he said.