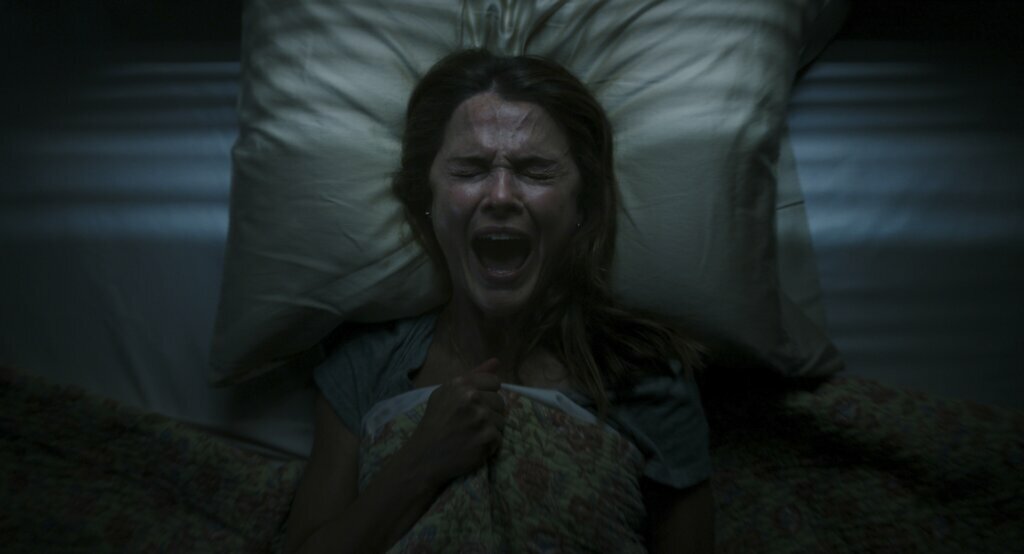 There is nothing quite like a dilapidated industrial town in the middle of a cool, gray ski autumn to put an immediate …

There is nothing like a dilapidated industrial city in the middle of a cool, gray ski autumn that creates an immediately gloomy mood in a movie. Not that Scott Cooper’s “Antlers” need any help in that department, as it already deals with child abuse (sexual and psychological), poverty, bullying, hunger, disease, generational trauma, environmental degradation and old-fashioned superstition. Could just as well just place it in a suitably sad place, right? No one seems to ever smile in this city in Oregon, even queuing for the ice cream shop. Just to hit the point in goal, a mournful piano and strings soundtrack overwhelms every picture. To quote Seymour Krelborn, it is a place where “depression is just the status quo.”

But it does give you a good idea of ​​what to expect in the next 90 minutes. “Antlers” is not your typical horror movie. Most of the horrors here are the real ones (see list above) – the old bloodthirsty creature is just the side show, and it’s a deadly slow burn between the carnage. And despite the admirable ambitions and prestigious names involved, including stars Keri Russell and Jesse Plemons as well as producer Guillermo Del Toro, it doesn’t really serve as a metaphor or engaging, thought-provoking entertainment.

The conceit is that this beast has been unleashed because the world is rotting from within. A father (Scott Haze) encounters an abandoned mine shaft while his young son Aiden (Sawyer Jones) waits for him outside in the truck. The film leaves what happened in the mine ambiguous for a while, and perhaps rests too much on the supposed suspense of the revelation. “Antlers” cuts to Aiden’s older brother Lucas (Jeremy T. Thomas), who tries to walk through everyday movements but is clearly disturbed and needs help. It should be mentioned that if you have any stiffness in seeing children in need, then know now that you just have to avoid this movie completely because it is relentless.

Russell’s Julia is Lucas’ middle school teacher, who conveniently teaches students about myths when Lucas tells a particularly joking and specific story, and she begins to worry about his well-being. She also has her own demons and has reluctantly returned to Oregon to live with her brother Paul (Plemons), after their abusive father dies. This is the kind of film that does not trust the audience to find out that they are brother and sister through context tracks, but instead decides to get Paul to call Julia “sys” the first time we meet him and never again. Yet Plemons somehow sells it and a few other sips that only he can do: With innate natural, self-ironic charm.

Julia’s interest in Lucas is not hard to unpack, given her past, where there were probably no adults who stepped in to help. The film piles depressing metaphors on top of depressing metaphors to its own detriment. Instead of making you think, it kind of makes you scratch your head.

And of course, things just get more disturbing the more she digs into the weavers’ home life, which triggers a series of ripple effects, including unleashing the beast in the already ruined city and making her brother’s job more difficult. Russell also sells his share and is credible as an recovering alcoholic who is not at all over the trauma of his childhood.

But it’s hard to shake the feeling that the plot here came second after the idea and design of the beast, which in addition to Plemons’ heroic line delivery is certainly the best that “Antlers” has in it.

“Antlers,” a Searchlight release in theaters Friday, is rated R by the Motion Picture Association of America for violence, including gruesome images, and for language. Playing time: 99 minutes. Two stars out of four.

MPAA Definition of R: Limited. Under 17 requires the accompaniment of a parent or adult guardian.