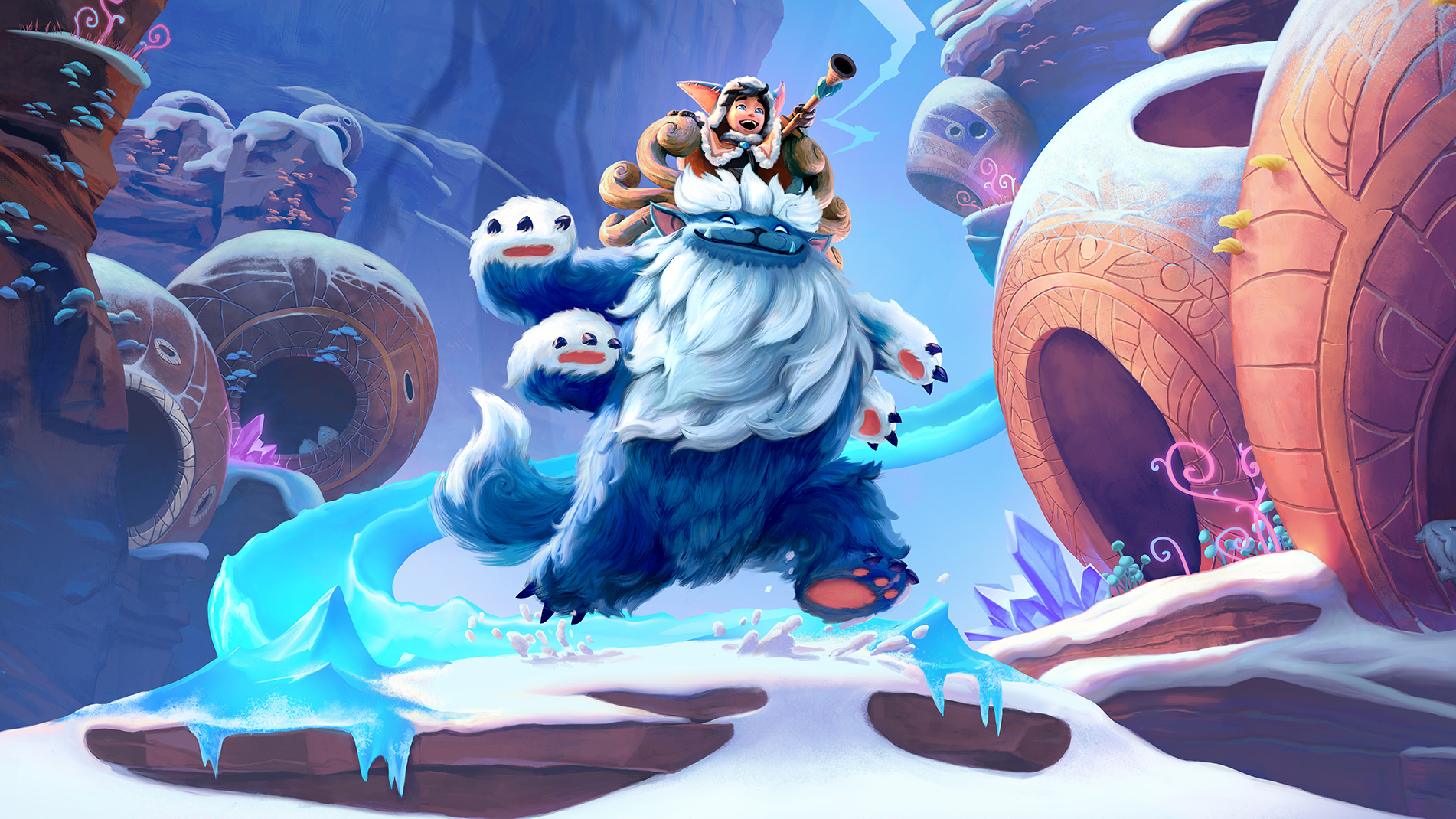 Rio’s release arm, Riot Forge, will release two new League of Legends spin-off games in 2022. Song of Nunu, which was announced this week, and Convergence, an action platform game featuring Ekko, will both be released sometime next year.

In an announcement video released today, Song of Nunu looks a bit like The Last Guardian wrapped in the cartoon-like LoL art style. It’s an action-adventure game set in Freljord, a rugged tundra associated with quite a few characters in Runeterra. You play as Nunu, a champion of the League of Legends, and can ride his yeti, Willump, to climb walls, cross crumbling bridges and glide down slopes. The game was developed by Tequila Works, the Madrid-based developer who previously made The Sexy Brutale and Rime.

Convergence, previously announced in 2019, is similar to a lot of action-platform games we’ve seen in the last five years. The game features Echo and takes place in the humid district of Zaun, which is a primary focus of the new Netflix show Arcane. It has the 2D look and fight rhythm as something like Dead Cells and has a mechanics for rewinding. The developers of Double Stallion Games said during a new video that rewinding will come into play when you fight enemies and must regret being hit by a powerful attack.

Both games have 2022 release dates attached to them. Although we live in a time where many games are delayed after their release date, Riot Forge’s short track record suggests that these games are likely to reach it on time. League spin-off RPG The Ruined King Surprise was launched this week following the announcement last year, and the rhythm game Hextech Mayhem was both announced and released this week.

Riot continues to take advantage of its massive League of Legends universe with games that zoom in on characters and parts of the world that MOBA cannot. Each new game in Runeterra’s world is an opportunity to angle the fiction towards different types of players. If one game does not suit you, it looks like another will be there, or just around the corner, to meet your needs.