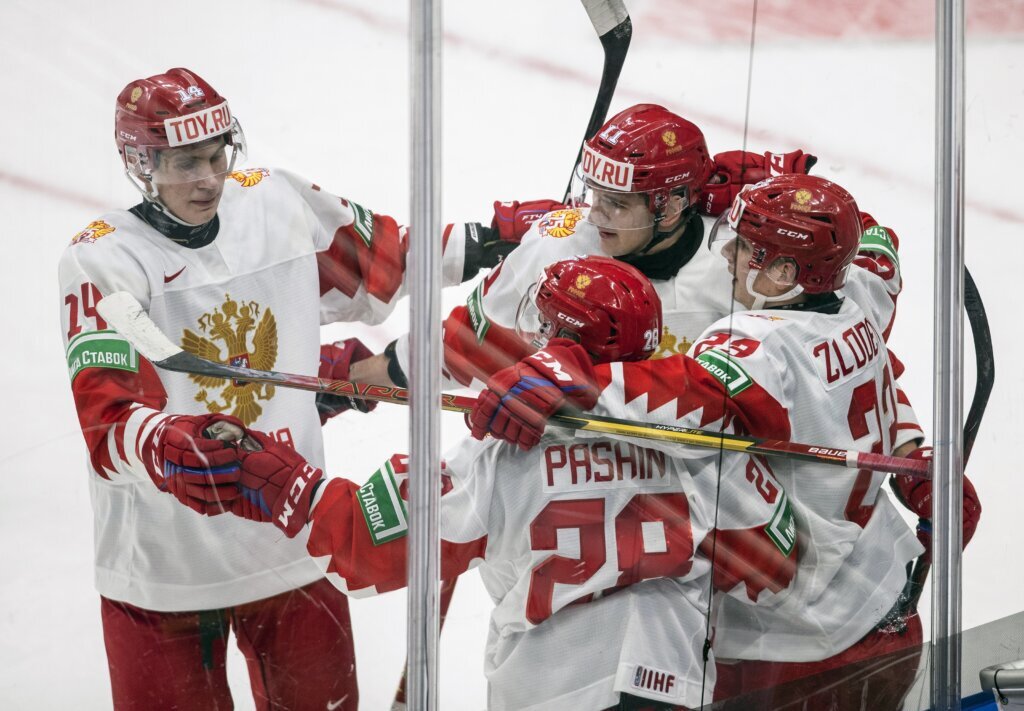 CALGARY, Alberta (AP) – Members of the Russian and Czech world junior hockey teams were removed from a new …

CALGARY, Alberta (AP) – Members of the Russian and Czech world junior hockey teams were removed from a New Year’s Eve flight from Calgary to Frankfurt, Germany, and fellow passengers said the Russian team caused the disruption by smoking and refusing to wear masks.

Calgary Police said in a statement Saturday that its airport unit officers responded at 5:45 p.m. Friday to reports of a disruption on an Air Canada plane. The statement did not say who caused the disturbance or whether there were any arrests, and police did not respond to requests from The Canadian Press for further information. Air Canada had also not yet responded to a request for information.

The team members were on their way home from the junior championships in Red Deer and Edmonton, which were canceled on Wednesday due to COVID-19 outbreaks.

“The teams of the Czech Republic and Russia were removed from the flight to violate the mask regime. Very strict rules,” Russian coach Sergei Zubov told the Russian newspaper Izvestia.

Czech team boss Otakar Cerny said his team was likely paired with the Russians by the flight crew due to the similarity between their gray sweatshirts.

“And practically just for that reason, they threw us in the same bag as the Russians and told us that the whole Czech and Russian expedition could no longer board the plane,” Cerny told Czech media.

“Air Canada representatives apologized to us and arranged at their expense a hotel and a flight to Frankfurt at the same time a day later. They also assured us that we would not fly the same plane as the Russian hockey players. “

Eoin Kenny, a passenger on the plane who was in business class, said a Russian official sitting near him was steaming in the cabin, refusing to put his mask up over his mouth and nose. The stewardesses tried again and again to get him to abide by the rules, Kenny said, but the man refused.

“He blared Russian rock music on his phone,” Kenny told The Canadian Press from Madrid airport. “They kept trying to get him off, but he would not. I think they were over-refreshed.”

The players on the Russian team, Kenny said, were sitting back in the economy, and at one point another Russian man came forward and hugged the passenger who was causing the disruption.

Dr. Kathleen Scherf was among a number of passengers tweeting during the disruption that delayed the flight three hours.

“Two hours delayed so far on the plane from Calgary to Frankfurt. The Russian junior team was in the back and tried to smoke cigarettes, not wearing masks, did not listen to the companions,” Scherf tweeted. “The police swarmed the plane. We all had to get off while they and their luggage were removed. “