By Stacy Liberatore For Dailymail.com

A one-centimeter slice of a human brain was kept alive in a petri dish for the first time in a breakthrough study to help find new drugs and treatments for deadly diseases.

Led by Emma Louise Louth from the University of Copenhagen, a group of researchers removed a piece of brain tissue from a patient’s cortex and quickly began a new process to ensure that it survived.

The team first cooled the tissue down, kept it oxygenated, kept the cells alive, and then placed the small piece in a mixture of ions and minerals – the same ingredients found in cerebral spinal fluid.

Louth shared in a press release that she and her team were able to keep the brain tissue alive for 12 hours, making it possible to perform studies and experiments that have only been possible with animals.

“To borrow an analogy from another researcher: Mouse studies versus human studies are basically like looking at a Nokia 3310 when trying to repair an iPhone,” Louth said in a statement.

‘They have the same basic functions – but there is much greater complexity in the human brain.

“We even know that there are differences in the cell types and the expression of certain receptors. Therefore, it is a unique opportunity to be able to test directly in human tissue.” 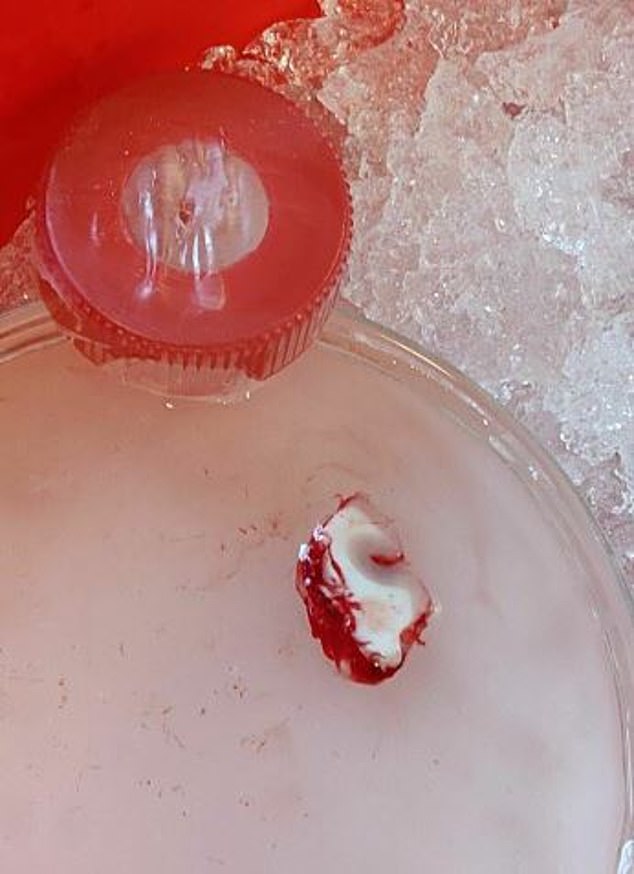 The team first cooled the tissue down, kept it oxygenated so the cells stayed alive, and then placed the small piece in a mixture of ions and minerals – the same ingredients found in cerebral spinal fluid

Knowing this, according to Louth, can lead to new treatment options, for example in connection with rehabilitation after a stroke or other forms of acute brain damage, where patients lose synaptic connections in the brain and have to form new ones.

“We’ve had the opportunity to show that dopamine plays a different role in humans and mice,” Louth said.

‘This is a really good example of how the effect of a drug or a neurotransmitter varies between species, and it underscores the importance of being able to test drugs directly on human tissue.

However, philosophical questions have been raised regarding the excision and excision of living human brain tissue, but Louth ensures that it does not feel pain.

“Every emotion or thought has to go through many parts of the brain,” she said.

‘The piece we’re working on is the size of the outer part of your thumb, and it’s no longer connected to other areas of the brain. I understand why people wonder if the neurons in the petri dish have a memory, but that is simply not possible. “

The research team is currently working on a method that can keep the small slices of brain alive for up to ten days.