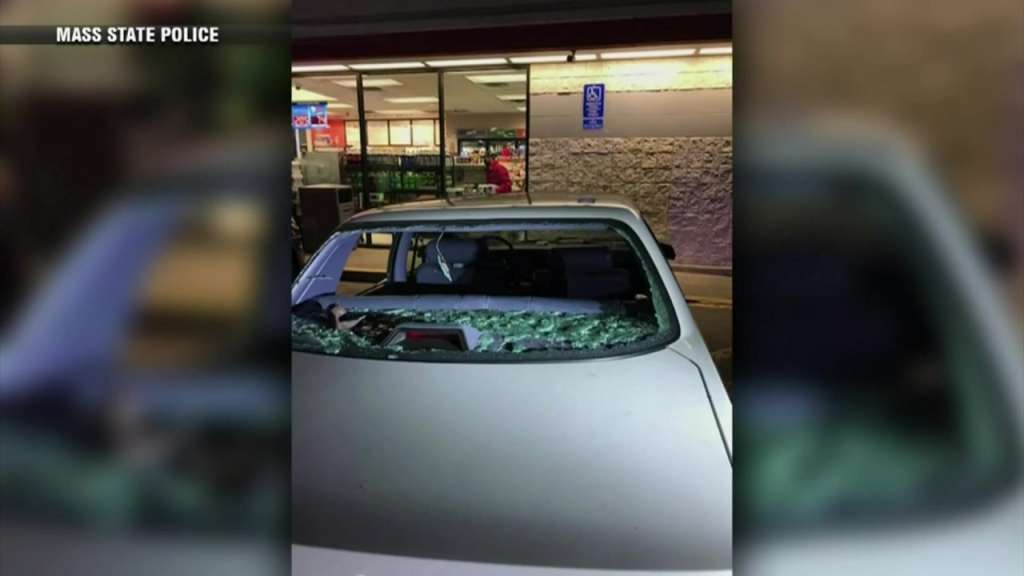 The older man drove his 1996 Buick Century from Park Drive to Boylston Street and approached Bowker Overpass on Nov. 18 around 6 p.m. side of the roadway before smashing the windows of his vehicle, according to state police.

The man was able to drive away with the intention of going to a police station for help, but several of the riders allegedly followed him and continued to kick and hit his vehicle.

He tried to take the Cambridge Street exit at Allston, but was stuck in traffic at the top of the ramp, state police said.

The driver put down his window to ask the passengers of another car to call 911, but when he put the window down, one of the riders approached on foot and started beating the man, state police added.

Other riders continued to kick the man’s car, and one of the suspects threw a piece of pipe through the car’s rear window, while another threw a large rock through another window, state police continued.

The elderly Brookline man was eventually able to drive to Joe’s Kwik Market and fell to the ground in the parking lot.

The Boston EMS responded and transported him to St. Elizabeth’s Medical Center, where he remained hospitalized.

State police are asking anyone who saw the alleged attack or recorded video to contact them at 617-727-8817.

This is a news story in development; stay with 7NEWS for updates online and on-air.

(Copyright (c) 2021 Sunbeam Television. All rights reserved. This material may not be published, broadcast, rewritten or redistributed.)