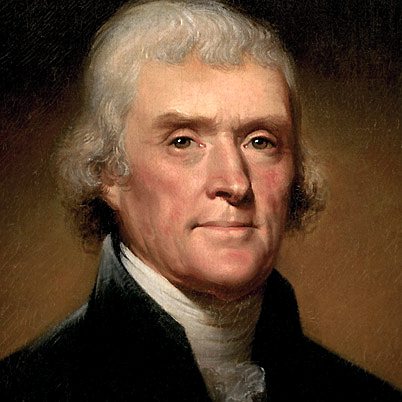 Americans are once again fighting over history.

Is the year 1619 as important as 1776? Should we tear down statues of Robert E. Lee – or go ahead and overthrow Thomas Jefferson as well? Does the left tell a “twisted net of lies” (as President Trump put it) about America’s “magnificent” history, or was the United States really built on a rotten basis of genocide, disenfranchisement, bigotry, and repression?

Angry debates have spread from social media to school board meetings to state capitals to the White House, while Americans fart about who we really are and the past that formed us.

But let us not be myopic. The United States is not alone in this. History is being rethought, reinterpreted, relitigated – and all too often cynically manipulated – around the world.

This month, Xi Jinping, China’s all-powerful leader, wrote himself into the country’s history books on a par with 20th-century giants Mao Zedong and Deng Xiaoping. The Chinese Communist Party’s latest official history devotes more than a quarter of its more than 500 pages to Xi’s nine years in office, according to the New York Times, and a recent party “resolution” dictates how he will be portrayed in textbooks, classrooms, movies and TV series.

Meanwhile, a shocking 56% of Russians said in May that the monstrous, murderous dictator Joseph Stalin was, in fact, a “great leader.” Stalin’s rapidly rising favoritism reflects nostalgia for a faintly remembered Soviet past and pride in Russia’s victory over fascism in World War II, but it is also the result of efforts by President Vladimir Putin to rehabilitate Stalin’s reputation for his own political purposes. Statues of Stalin were dismantled in previous generations, but are now being rebuilt in some cities.

The point is this: History is full, everywhere.

This is because it is more than just a collection of old harmless stories; it is, in fact, about national identity, about how nations and citizens define themselves. Where do we come from? What do we stand for? Who are our heroes and who are our villains?

For the most part, it’s good to debate history. People should know their past and engage in it. It is healthy to reconsider it every generation or so through the lens of an evolving current and newly uncovered facts.

But history can also be manipulated – for power, for ideology, for votes, in favor of factions or simply to justify one policy or another. That’s what Xi and Putin seem to be doing. The past can be used to incite enmity or a sense of injustice and complaint. It happened in the Balkans in the 1990s. This is happening today in China, where the Communist Party has long emphasized the so – called “century of humiliation” of outside powers, beginning with Britain and the opium wars of 1839.

Trump was also a deft manipulator of historical narratives. As president, he began an exaggerated campaign against the New York Times’ “1619 project” (which has received some backlash from historians over questions of accuracy and interpretation) and established his own “1776 commission” to encourage “patriotic history.” about our “magnificent” country.

It was not a serious proposal. It was politics and marketing that played comfortably into his “Make America Great Again” propaganda that drew dissatisfied voters.

The reality is that history – whether at home or abroad – is rarely black and white, as Trump and other political leaders might want you to believe. Countries are not good, evil or “magnificent”, but complicated.

What’s more, the story is full of contradictions. Stalin was a gruesome mass murderer, but he was also our war ally, who sat next to Churchill and Roosevelt as they worked to defeat the Nazis.

Jefferson was the lead author of the Declaration of Independence, but he also owned more than 600 slaves. (New York City Council recently voted unanimously to remove a statue of him from their town hall.)

Israel created a refuge for Jews in the wake of the Holocaust in Europe, but its establishment also began a new odyssey of displacement, displacement, and conflict.

Real historians need to work in the dark nuance and struggle with the cognitive dissonance.

To combat false narratives, they must be intellectually honest, not polemicists or partisans or propagandists.

When we reconsider our history on a regular basis, we have to look at it from a range of perspectives and in all its ugly accuracy without money laundering. Doing otherwise is self-destructive because we study the past in part to learn from our mistakes.

Inevitably, there will be conflicting interpretations. At home, some historians portray American history as an uplifting story of the slow but steady expansion of rights and freedoms for more and more Americans, while others emphasize the mistreatment of indigenous peoples, the horrors of slavery, the denial of rights to immigrants and people of color.

The study of history is fuller and richer because of these competing views.

As the British historian Christopher Hill said: “History must be rewritten in every generation, for although the past does not change, the present does; each generation asks new questions from the past and finds new areas of sympathy as it relives various aspects of its predecessors’ experiences. “

It is a positive process as long as the rewriting – no matter where in the world it takes place – adheres to basic standards of honest science rather than power politics and gamemanship.

Nicholas Goldberg is associate editor and columnist for the Los Angeles Times.