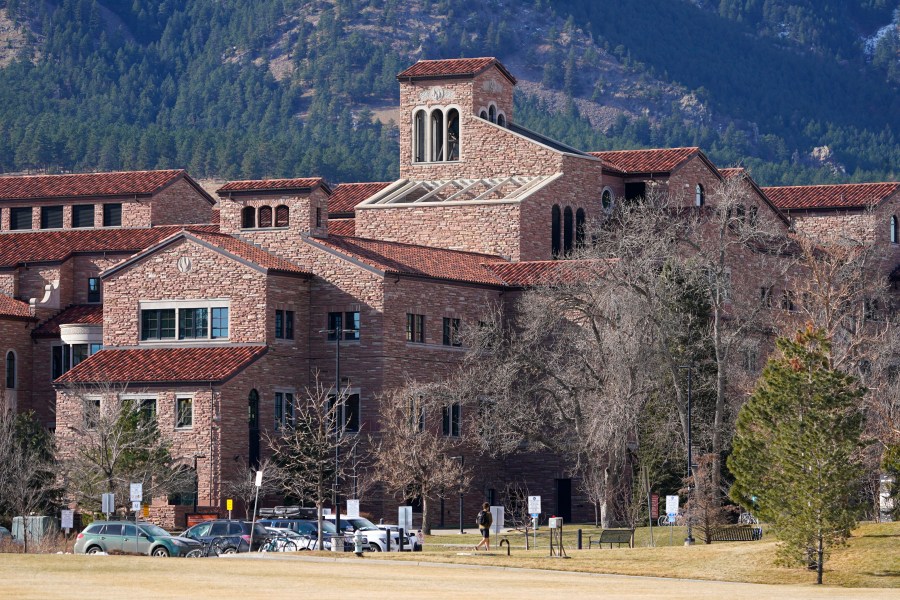 BOULDER (KDVR) – Hundreds of students at the University of Colorado Boulder marched through campus Friday, protesting against the Pi Kappa Alpha fraternity after several allegations of sexual assault.

The students, who sang and bore signs of rape culture, started at the Fishing Planetarium and walked over half a mile to the Pi Kappa Alpha (Pike) house on the corner of 12th Street and Euclid Avenue.

Students were greeted with the Pike house completely barred by a chain fence and no intrusion signs.

Neighbors in the area told FOX31 and Channel 2 that the fraternity set up the fence the night before the protest.

Boulder Police said earlier this week that they had two reports of women being sexually assaulted in a fraternity house in the 1000th block of 12th Street, but they would not confirm which house it was. Students want the information to be public, they have provided for security reasons.

“At CU Boulder, you have to show up with a certain number of girls to get in to go to a fraternity party. I’m tired of being used as a currency or token,” Newmen said.

Students also said the university should publish the information.

The Independent Interfraternity Council in Boulder, known as the IFC on The Hill, is the governing body of its 21 member fraternities. They did not address the exact allegations, but issued this statement:

“IFC on The Hill is committed to the concept that Fraternities are value-based organizations whose members are responsible for being gentlemen. IFC on The Hill understands the seriousness of sexual assault and its impact on its survivors. We have been working for several months on implementing education in sexual assault and harassment with the help of women across the Hill.

IFC on The Hill has and will continue to collaborate with the University of Colorado and Boulder Police investigations. We apologize for inappropriate sexual behavior, and when presented with evidence of such conduct, we intervene in a membership chapter within the framework of our Constitution and bylaws. IFC on The Hill is also committed to ensuring that our member departments are able to hold its individual members accountable for their actions.

We encourage anyone with information about sexual assault incidents to contact the University of Colorado’s OIEC at (303) 492-2127 or the Boulder Police Department’s dispatch at (303) 441-3333. We also encourage members of the university community seeking confidential support to contact the Office of Victim Assistance at (303) 492-8855. “

“In Boulder County, the number of sexual assaults has been through recently,” said Dr. Janine D’Anniballe, with Moving to End Sexual Assault.

D’Anniballe said she wants victims of sexual abuse to feel comfortable by calling their 24-hour confidential hotline at 303-443-7300.