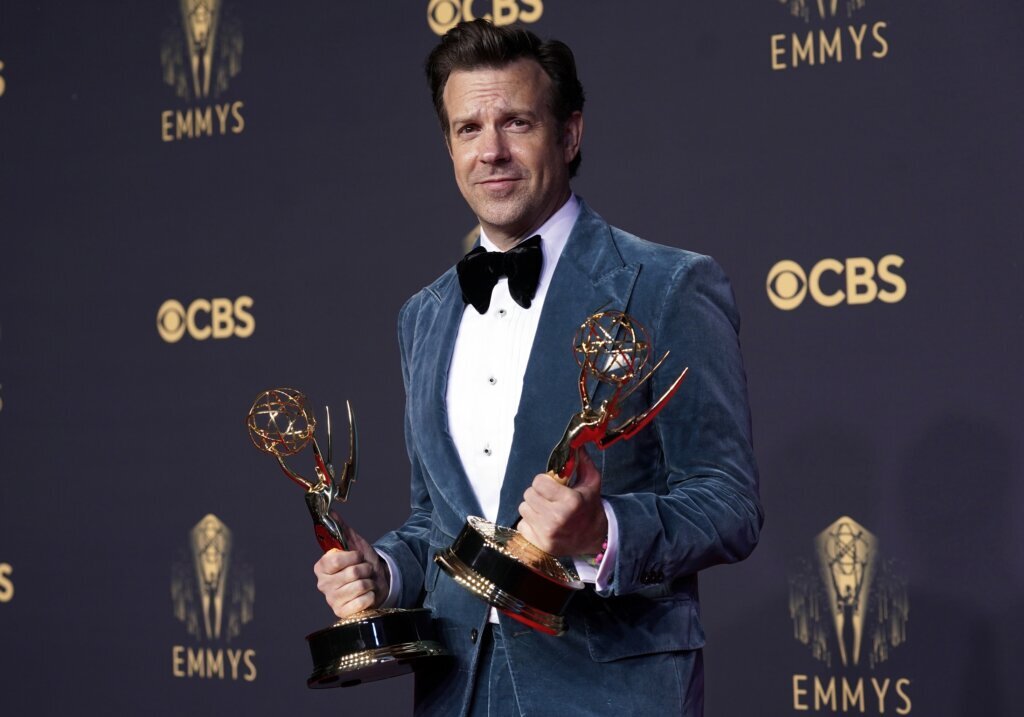 With an Emmy win and a hit Apple TV + series under his belt, Jason Sudeikis has a great year ahead …

With an Emmy win and a hit Apple TV + series under his belt, Jason Sudeikis is having a great year.

The show is, of course, “Ted Lasso”, in which Sudeikis plays an optimistic and good-natured American football coach who takes charge of a professional British football team despite not knowing much about the game.

The fish-out-of-water comedy has been a welcome escape for many fans dealing with pandemic blues and other stressful events that have marked the past 15 months. The second season of the series explored the mental problems of Sudeikis’ characters. And it’s someone’s guess what the third – supposedly set to begin filming in January – will bring.

Amid the success, Sudeikis recently returned to his hometown of Kansas City to host Thundergong !, an annual charity event for a charity that helps amputees who lack proper health coverage pay for limb prostheses.

The event, which streams Saturday, will raise money for the Steps of Faith Foundation. The Kansas City-based organization is headed by Billy Brimblecom Jr., a drummer and longtime friend. Sudeikis raised money to get Brimblecom a leg prosthesis after he was diagnosed with a type of cancer that required him to undergo a leg amputation.

The AP recently spoke with the two friends about the concert, Ted Lasso and other things. The interview was edited for clarity and length.

AP: I read that you met at an improv workshop in Kansas City in 1995. How was that meeting?

Sudeikis: We made something called “Comedy Sports” which is still found in a few cities. Even though it’s in Kansas City, it’s now called “Comedy City.” We did workshops. I think we went to audition and they liked the cut of our jib. I was a junior. No, I’ve just finished. Right? Was it the summer of ’94 or ’95?

Brimblecom: It was the summer of ’95. I went to audition in the spring of ’95. I was a senior and you were in Fort Scott.

Sudeikis: Yes. We just did workshops, like a six-week workshop or something. I think we went to audition and they liked the cut of our jib. We hit there.

AP: Billy, a lot of people would argue that the work you do should not depend on charities or fundraising. And that we need a major overhaul of our healthcare system to address it.

Brimblecom: Oh, how much time do we have? That I have this job is ridiculous. The fact that something like Steps of Faith must exist and that someone who has lost a limb is not just covered is injustice.

AP: What do you think of that, Jason?

AP: What should people expect to see if they tune in to the concert on Saturday?

Brimblecom: They should just expect a really fun show. It’s fun and cute and it rocks. There is great music. This is the most I think you agree with, Jason, this is the most diverse lineup we’ve had.

Sudeikis: Yes, it’s definitely a musical variation concert. We have a bunch of bands and solo artists, but also comedians like Will Forte, Fred Armisen and Heidi Gardner, all SNL active and alumni. Fred and Will have done it every year. Heidi is from Kansas City.

AP: Is there a specific amount you want to travel this year?

Sudeikis: We try to help 185 people. I went out and said I think we could get 200. Billy knows better than me because he’s actually with.

Sudeikis: Yes, I do not even know what P&L means. (laughs)

Brimblecom: It’s profit and loss. I did not learn it until I had this job.

Sudeikis: And so on. They probably get the internet elsewhere.

AP: Well, what do you think of aliens? That’s a good question.

Sudeikis: (laughs) Well, if they have money to give to help us, we’ll take it.

Brimblecom: Where do you think ‘cryptocurrency’ comes from?

Sudeikis: God pointe (laughs). We take bitcoin and the moonstone.

Brimblecom: (laughs) We take it all.

AP: Jason, on “Ted Lasso,” do you feel pressured to top the previous seasons when getting ready to film a third?

Sudeikis: It’s just the pressure we put on ourselves. We still do it the same way we did the first two. It’s been nice that people have really reacted to the show. And there’s definitely a lot of truth in “Mo ‘Money, Mo’ Problems.”

But we try to use that enthusiasm for the show, both as just another crayon in the crayon box and another thing that in a way helps us guide our storytelling and where we want to take the characters to. But the external pressure is less than the pressure I think we feel inside ourselves. In the same way we had it the first two years.

AP: Will your character return to the US at some point?

Sudeikis: I do not know. Maybe? A ‘yes’ or a ‘no’ falls into the category of spoilers.

AP: What do you think of season four? Is that an option?

Sudeikis: Everything is a possibility. But I sound like a real coach when I answer this. We are worried about one season at a time. We’re in the middle of writing season three, and we can not think too far beyond that at the moment.

The Associated Press receives support from the Lilly Endowment to cover philanthropy and nonprofits. AP is solely responsible for all content. Visit https://apnews.com/hub/philanthropy to see full AP philanthropy coverage.