Being a superhero in the Marvel Universe is not an easy job. It’s dangerous, stressful, and downright inconvenient for both the heroes and their loved ones. Nonetheless, some individuals have answered the call to protect New York and the rest of the Marvel Universe against some of the most treacherous and vile villains in existence.

RELATED: Marvel: 10 So-Called Heroes Who Are Only Good For Their Own Selfish Reasons

Some have answered the call with full volition, while others have hesitantly stepped into the hero spotlight. These reluctant heroes are all heroes in their own right but would have preferred a different life path if they had the choice or if the circumstances were in their favor.

No matter how one looks at it. Reed Richards was the cause of the Fantastic Four, and it was all because of his arrogance and selfishness. But the person who had it the absolute worst was most certainly the Thing.

The Thing should have become Reed’s worst enemy, but Reed also gave him something that no one else could, a family. The rest of the team cared for him, and they tall took care of each other. Because of this, the Thing sticks around with the others, doing his best to create the most good despite the circumstances.

7 Namor Is Very Protective Of His Atlanteans

One distinguishable trait of Namor is his steadfast dedication to his Atlanteans and, to a lesser extent, his allies during WWII and the mutant populace. Because of his birth status, he is the ruler and protector of Atlantis.

Although he would rather not deal with the surface dwellers, he interacts and sometimes even fights them for the sake of his people. To some, he is a hot-headed, short-sighted, and condescending mutant, but to his fellow Atlanteans, he is a hero. He could not care less about surface dwellers and only takes on the call of duty when he or his people are in danger.

6 Gambit Has Close Ties To Some Of His Fellow X-Men, Prompting Him To Stay On The Team

Gambit was trained in the art of professional thievery before he was even ten years old. After pickpocketing Jean-Luc LeBeau, the head of the Thieves Guild, he was then adopted and became a part of the Thieves Guild, up until his exile years later. After this time, he became a nomad / mercenary of shorts, using his pickpocketing skills for survival. He then meets a powerless Storm and saves her from the Shadow King.

She eventually introduces him to the X-Men, and he soon meets Rogue. In a short time, Gambit managed to forge some strong ties with his fellow X-Men, particularly Rogue. Rogue is arguably the only reason why he stays with the X-Men. Although he has a good heart, Rogue is his guiding light and pushes him to do the most good.

Elektra is the typical rich character in comics. She comes from an affluent family, was trained extensively in martial arts, and had an excellent education. But at her core, she really isn’t all that invested in doing good, possibly due to some events of her past. She really does not care about Hell’s Kitchen and is willing to turn a blind eye to things that benefit her. That is unless Matt Murdock / Daredevil is in the picture.

Elektra truly loves Murdock and is willing to do anything to protect him, even becoming Daredevil herself. Murdock’s staunch probity is annoying to her at times, but it’s contagious, especially for someone with so much history with him.

As Spidey fans recall, Peter’s first act as Spider-Man was to make money by surviving an exhibition wrestling match with Joseph “Crusher” Hogan. After surviving the three minutes, he becomes a celebrity and soon appears on TV. But then, on one fateful day, he witnesses a burglar evading the police backstage. Instead of stopping him, he says a snarky remark and lets him go.

This burglar would eventually murder Uncle Ben, forcing Peter to take his newfound powers more seriously and responsibly. Peter had no intention of becoming a hero, but the circumstances drove him to become one of the most heroic in the entire Marvel Universe.

Although Magneto is not the genius his friend and archenemy Professor X is, he is not an unintelligent character either. His ultimate goal is to see the mutant race’s prosperity, longevity, and superiority. He believes that the predominant path towards this goal is through violence against humans.

He is, however, willing to forgo this ideology (albeit temporarily) if he sees a better path towards mutant equality. Because of this, he is open to revising his way of thinking and using more humane approaches to help the mutants. For example, this could mean teaching at Xavier’s school, teaming up with the X-Men against a real existential threat, or acknowledging someone else’s leadership.

Although a wrongdoer, Vanisher is not the supervillain Thanos is. Likewise, although an X-Force member, he also is not the hero Captain America is. He is, nonetheless, a valuable member of the X-Men and X-Force, especially during their time on Utopia, since he is one of the few mutants capable of long-range teleportation.

Vanisher despises his work with the X-Men and would rather spend his time and money on drugs and in brothels.He chooses to stay with the X-Force for two reasons. First, Wolverine and Cyclops force him to, and second because he believes that Elixer, a fellow teammate, can heal his illness due to a brain tumor (readers later learn that his illness is because of stage four syphilis).

Although Hulk has been on many superpowered teams over the years, all he truly wants is to be left alone, dealing with life like any other hero. But no matter where Hulk runs off to, people always seem to find him, and there’s always trouble right around the corner.

Since Hulk is a part of Bruce Banner and Banner is a good man, he usually does what’s right, saving innocent civilians. He does not mind being a hero, but he would rather not be if he had the choice.

NEXT: Marvel: 10 Harsh Realities Of Being A Superhero


Next
10 DC Villains Who Would Make Great Horsemen Of Apocalypse 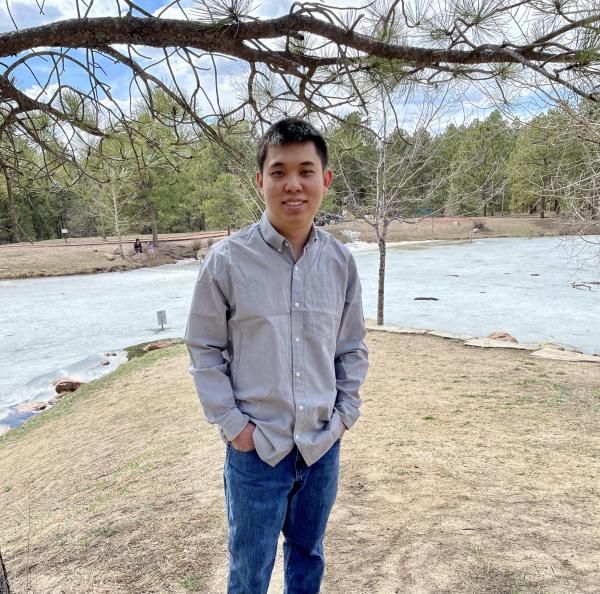 William Pham is a freelance writer currently working at CBR as an organic list writer. He graduated from the University of Colorado at Colorado Springs with a degree in philosophy and mathematics in May of 2021. Previously a reporter for his university’s newspaper, Pham looks to expand upon his writing career by writing about what he’s loved since childhood …. comic books and super heroes. He has been a fan of Marvel and DC comics since he was five years old and hopes to someday break into the comic book industry. For leisure, he enjoys reading comics and watching random people eat on the internet. For any thoughts, comments, or story ideas you want to send to William, email him at william.pham335@gmail.com.