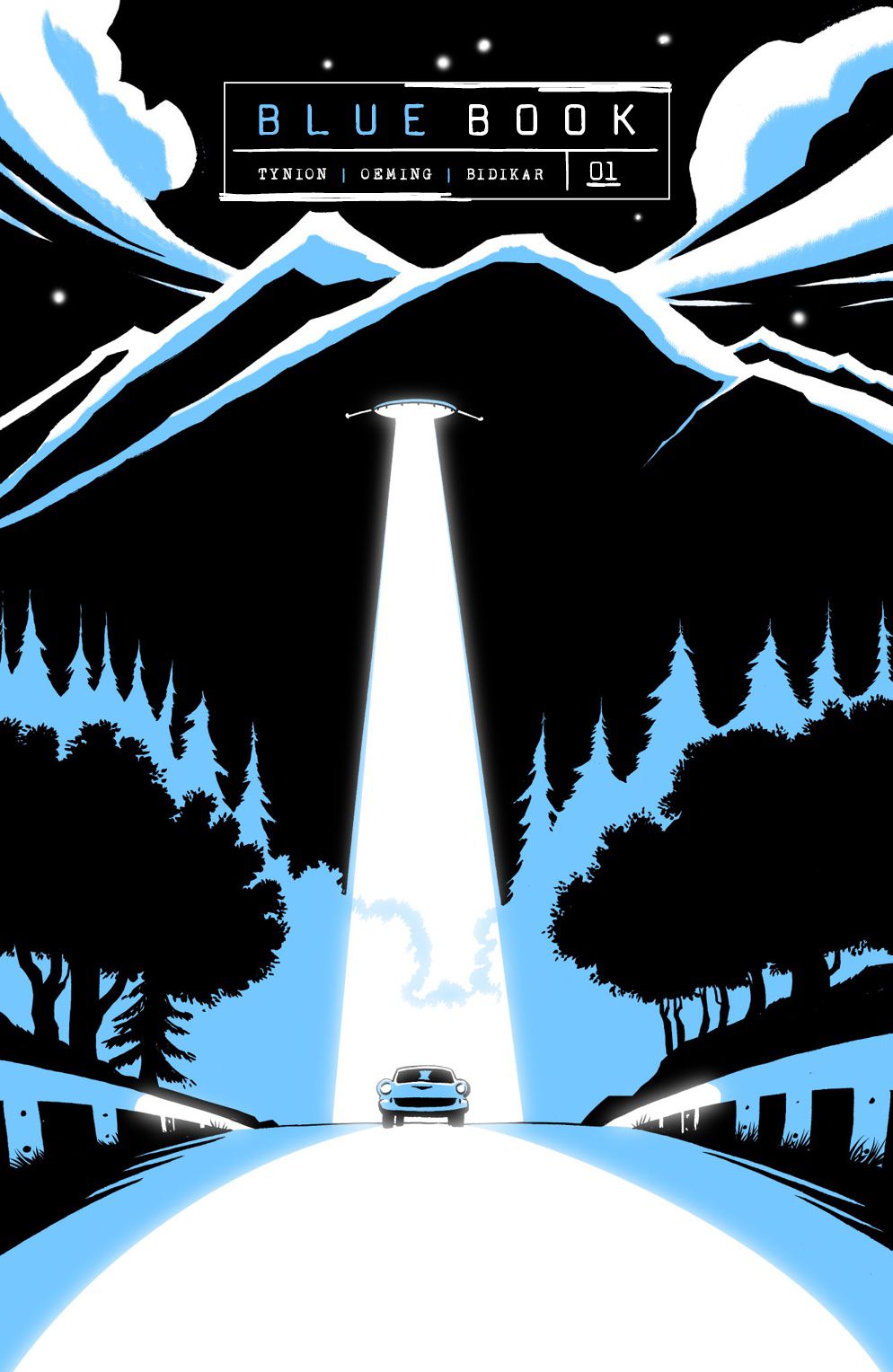 Newsletters: They are no longer just for successful Twitter personas and budding media brands!

On Monday, James Tynion IV, the current author of DC Comics’ the Joker and flagship Batman, will soon complete its work with the comic book publisher to launch a new series of creator-owned comics on Substack. Known for juggling indie projects like Department of Truth and Something kills the kids with large DC tent poles, Tynion starts the newsletter with Blue Book, a series of true documented UFO encounters that combine him with artist Michael Avon Oeming (Powers) and letters Aditya Bidikar (Department of Truth). Tynions Substack launches in early September. It is unclear when the author’s run after the DC Hero books will end.

“While doing research Department of Truth, I found myself reading more and more about the world’s strange stories, ”Tynion said in a press release. “The stories of people who have encountered what they can not explain and then have to struggle with what they may or may not have seen. And when I read those stories, I got the same thought over and over again – ‘This is going to be a really good cartoon.’ With Blue Book“I would dig deeper into what I consider to be a strange cousin of the True Crime genre … Something I like to call True Weird.”

Blue Book begins by depicting the lives of Betty and Barney Hill, who became legends of UFO mythology when they reported on their abductions in the White Mountains of the New Hampshire in September 1961. Tynion notes that he will continue his creative titles Department of Truth, The lovely house by the lake, Something kills the kids, and co-write the book’s spinoff, The slaughterhouse.

“I’ve been obsessed with the ‘what if’ aspect of UFOs all my life,” said Michael Avon Oeming. “I hope drawing the true events surrounding BLUE BOOK with James arouses the same curiosity in others.”

In the last few years, Substack has attracted several high-profile writers to leave older businesses for its creator-controlled subscription platform. In a new report, New York Times Marvel writer Nick Spencer says – currently about to end a long race on the company’s flagship Spider Man title – became a link between major comic book creators and the company hoping to lure talent away from DC and Marvel. Together with Tynion, Saladin Ahmed (Black Bolt, Miles Morales: Spider-Man), Jonathan Hickman (House of X / Powers of X), and Molly Ostertag (The girl from the sea) will launch subscription projects. A few weeks ago, another Bat writer, Scott Snyder, also launched his own Substack newsletter.

Fans of Tynion’s work will be able to subscribe to his newsletter, The Empire of the Tiny Onion, for $ 7 a month or at a discount of $ 75 a year. The plan allows subscribers to read Blue box directly in their inboxes or Substack site and gives them access to the full library of comic book titles that Tynion has planned for the platform.

“I never think there has been a better deal in comics than what Substack offers. We have complete creative control, we retain all the rights to publish and other media without restrictions, and we have the money to pay people that kind of price, they could expect from one of the major corporate publishers, “said Tynion, pointing to a prior financial guarantee provided by the Substack Pro program.” If the creators who take this deal play their cards right, that means we can rewrite the rules of the entire comic book industry on our terms, not the publishers. I do not think people will realize how big this can get right away, but if we are wise about it, this could be the start of a whole new paradigm of comics owned by creators. ”