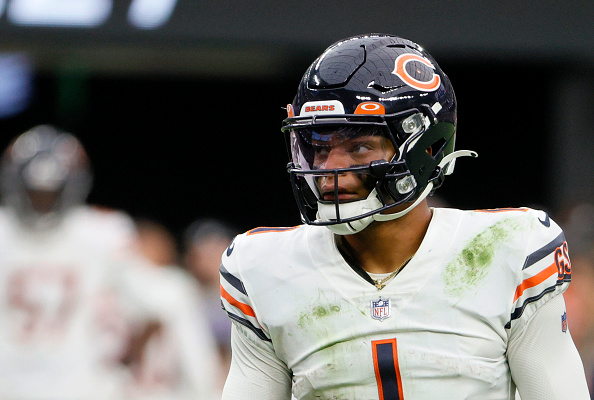 LAKE FOREST – It looked like the Bears would get another chance to see their first round draft on the field in the 2021 season.

But it has been put in serious danger Thursday morning.

The Bears placed Justin Fields on the COVID-19 reserve list as they prepare for their season finale against the Vikings on Sunday at US Bank Stadium in Minneapolis. According to new NFL guidelines, since the quarterback is vaccinated, he could still play if he is asymptomatic and can pass a few BRL PCR tests the day after the positive test.

If he experiences symptoms, he will most likely not play on Sunday, as a minimum of five days is required to clear the protocol.

Andy Dalton would likely start instead of Fields, as he did in the victory over the Giants last Sunday at Soldier Field, where Nick Foles was his back-up.

On Wednesday, head coach Matt Nagy announced that Fields was expected to start against the Vikings after missing the two previous games with an ankle injury. During his press conference on Wednesday, the quarterback said he was able to walk and run without pain for the first time since being injured against Minnesota in Week 15 Monday night at Soldier Field.

Should Fields not play on Sunday, he ends his rookie year with 1,870 yards passes and completes 58.9 percent of his passes for seven touchdowns compared to ten interceptions. He also rushed 420 yards (5.8 per carry) with a couple of touchdowns.